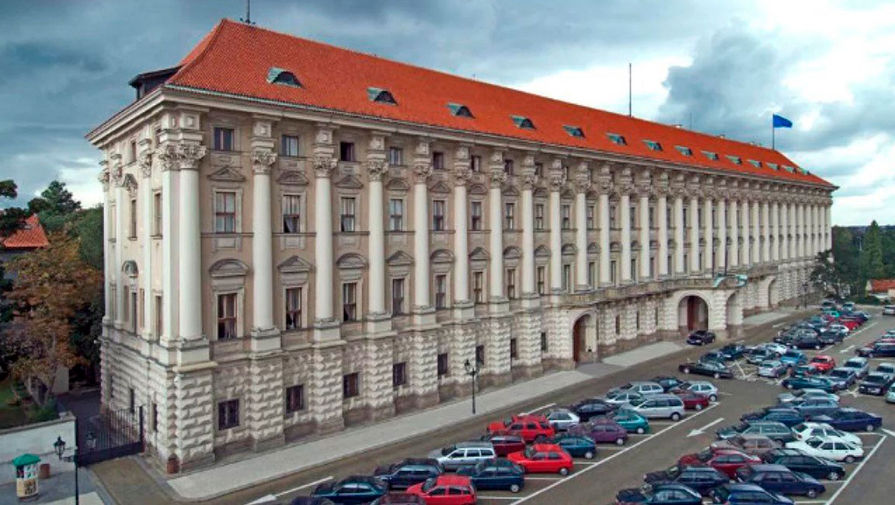 The Czech foreign Ministry has sent Russia a note with the proposal of normalization of Russian-Czech relations. The head of Department Tomas Peter said that between Russia and the Czech Republic there are many topics on which both sides have differences, one of which was recently the demolition of the monument to Marshal Konev, from-for what between the two countries relations were strained. The Czech leaders remain among the few European politicians who maintain relations with Russia at a high level.

After the demolition of Prague’s monument to Marshal of the Soviet Union Ivan Konev Czech Republic moved to establish relations with Russia. The head of the Ministry of foreign Affairs of the Czech Republic tomáš Peter, speaking before members of the lower house of the national Parliament, said that the Russian side was handed over a diplomatic note “with a proposal to start consultations in accordance with paragraph five of the Treaty on friendly relations and cooperation between the Czech Republic and the Russian Federation”.

Tomas Peter also noted that the initiative was the first “formal offer of this nature”. According to head the Ministry of foreign Affairs of the Czech Republic, between Prague and Moscow, “there are a lot of themes” in which there is disagreement. However, the demolition of the monument to Konev was the occasion for the beginning of a new stage of the contradictions in relations between the two countries. It is noteworthy that the Czech Republic has become one of the few European countries, the dialogue with which Russia is able to maintain at a high level, despite the sanctions.

The monument to Marshal Konev was removed from the pedestal 3 April by the municipal authorities of the district Prague 6, in which it was. The decision was taken in September last year. According to the authorities, the monument was planned to transfer to the Museum of the twentieth century, which has not yet been created.

Marshal Ivan Konev commanded the 1st Ukrainian front, who liberated Prague from the troops of the German army on 9 may 1945. In 1980, in gratitude and memory of the Marshal in the Czech capital was a monument to Konev.

“The actions of the municipality in Prague otherwise cynical and outrageous it is hard to say, they are contrary to the Treaty on friendly relations and cooperation between Russia and the Czech Republic from 1993. It was undermined by the agreements that are the basis of our relationship for the last almost 30 years,” said April 14 Minister of foreign Affairs of Russia Sergey Lavrov in an interview in an online format for the Russian and foreign mass media.

In early April, Russian President Vladimir Putin signed the Federal law that allowed criminal liability for destruction of or damage to memorials established in memory of those killed in defending the Fatherland. As a result, the RF IC opened a criminal case on the fact of dismantling of the monument to Konev in Prague according to the article “the Desecration of symbols of Russia’s military glory, committed publicly.”

However Czech newspaper Respekt reported that the country representatives of the Russian intelligence services, ostensibly to poison the officials who took the decision to demolish the monument. Russia again followed by a negative reaction appeared in the Czech media reports, the Russian Embassy has sent the Czech foreign Ministry a note of protest. Soon, however, Respekt, said that the police of Prague has provided protection to Around Kolaria, the headman of the district where a monument was erected.

In late April, Sergei Lavrov told reporters that Moscow expects from Prague in response to his proposal to start a dialogue about the gross violation of the obligations under the joint agreement on basic principles of friendly relations from 1993. The demolition of the monument, according to the Ministry of foreign Affairs of the Russian Federation, in direct violation of a provision of this agreement.

“If the Czech side, our Czech colleagues have confirmed that the contract for them in all of their items continues to be mandatory, then we expect from them the response to our urgent proposal to begin a substantive discussion on why the paragraph of this contract were violated, how the violation is to be corrected. We have already made this proposal, the expected response,” said Lavrov.

It should be noted that the reaction and position of the authorities of the Czech Republic from the beginning was controversial. The foreign Ministry noted that the establishment and demolition of monuments is an internal matter of the country, and he Peter said that Prague did not violate the agreement on basic principles of friendly relations.

“This is nonsense, which made our unremarkable [municipal] policy,” said Zeman.

The President also said that the officials responsible for the demolition of the monument, thus trying to attract the attention of citizens and police protection was given to the headman of the district, solely at its request. At the same time, Zeman said that, in his opinion, Russia’s reaction to the incident, in particular, a criminal case, became inadequate acute response.

In General, the rhetoric of the Czech leader sounded already familiar with the warmth for Russia tone. Zeman confirmed his participation in the celebrations in Moscow on the occasion of the 75th anniversary of the Victory, which moved to September due to the pandemic, and stated that Russia is an inalienable part of Europe and in 10-20 years will become an EU member.

It Zeman became one of Russia’s allies in Europe. He repeatedly visited Moscow, and his statements on the most pressing key foreign policy issues was radically different from the rhetoric of other European leaders.

For example, he has repeatedly criticized anti-Russian sanctions, called on the Ukrainian conflict a “civil war” and even offered to resolve the situation with the Crimea through the payment of Kiev of compensation.

“Crimea is annexation, without a doubt. And it’s a complete work… In my opinion, will be some compensation for Ukraine — or financial, or oil and gas… If we want to take the Crimea to return to Ukraine, it would mean a European war,” — said the Czech President, speaking at the PACE in 2017.

In an interview with TASS in November last year, he said, commending the accession of the Crimea to Russia, the European Union applies double standards, forgetting about the Kosovo precedent.

Many foreign publications have pointed to the close relationship Zeman with some influential Russian politicians, such as former head of Russian Railways Vladimir Yakunin. Advisor to the Czech leader Martin Neely, according to media reports, in conjunction with a subsidiary of the Russian LUKOIL Lukoil Aviation founded the company Lukoil Aviation Czech.

To be sympathetic to Russia in the Czech Republic and accused Prime Minister Andrew Babish, an ally of the President. It is, however, more cautious in his statements. Babish, for example, talking about inappropriate anti-Russian sanctions and the impossibility of returning Crimea, notes that “this does not mean that you need to ease the pressure on Russia.”

Split on foreign policy exists in the Czech Parliament. The party ANO 2011 premiere does not support accession of the Czech Republic to the Eurozone, the deepening of European integration.

“Western Europe, America and some of our fighters today are still against communism, as Mr. Schwarzenberg (former Minister of foreign Affairs of the Czech Republic) and others. They built the “Maidan” demonstrations. It couldn’t end well,” he said in 2014.

Klaus commented on the incident with the demolition of the monument to Konev, stating that the municipal authorities this was “arrogance and cowardice, the degree of which is difficult to measure”.

In Russia, for the day 3557 people have recovered from coronavirus