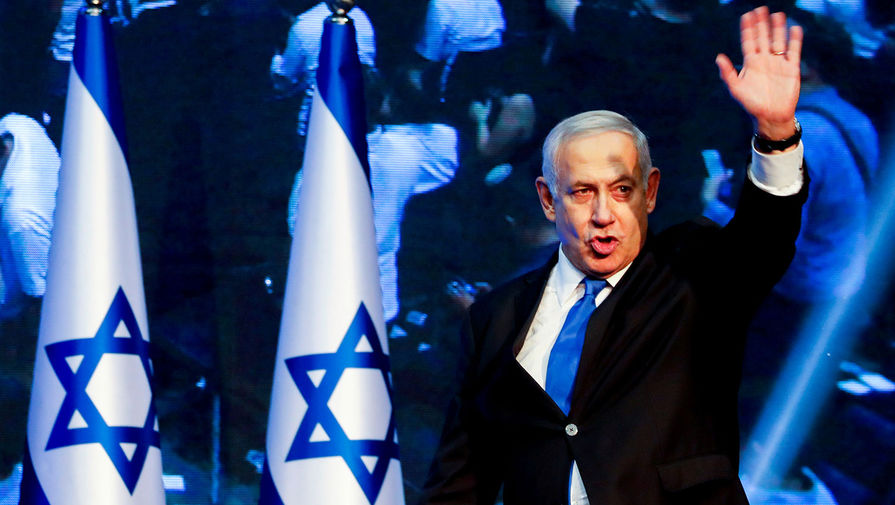 Israeli Prime Minister Benjamin Netanyahu can now form a Cabinet. The corresponding decision was taken by the Supreme court of the country. The coalition agreement between the parties “Likud” and “Kajol-Laban” was approved, the new government will be sworn in next week.

Israel’s Supreme court has allowed Prime Minister Benjamin Netanyahu to form a Cabinet and lead the government. According to Euronews, to lead the Cabinet, Netanyahu will be able next year and a half after the deadline, it will be incumbent speaker of the Knesset benny Gantz.

The decision was made unanimously, rejecting the petition with the requirement to remove Netanyahu from forming a government. In addition, the agreement between the Ghanaian and Netanyahu were found to comply with the law.

We will remind, the head of the block “Kajol-Laban” Ganz — a key political rival of the leader of Likud, Netanyahu, who heads the country for more than 10 years.

After the deal about “separation” of the term at the head of the Cabinet, the opposition parties of Israel and public figures filed a petition demanding the cancellation of this contract.

The reason it was stated the prosecution Netanyahu, accused of bribery, fraud and breach of trust of the voter. The Prime Minister himself denies his guilt. According to him, he was targeted in a “witch hunt”. In addition, despite the charges, the Likud party took first place in the number of votes in the elections to the Knesset.

We also add that the Supreme court noted the legal inaccuracies contained in the agreement Netanyahu-Ganz. However, in the opinion of the judges, these moments do not give grounds for cancellation. However, the corrected document must be submitted.

Political crisis in Israel continues with the April 2019 — then the “Likud” received 35 seats in the Knesset, the same number went to the block “Kajol-Laban”. To form a coalition then could neither Netanyahu nor Gantz, a month after the elections, the Knesset decided to dissolve itself and hold new elections.

However, last year’s April, the vote was unplanned — the government had to declare early elections after December 2018, the ruling coalition left the right wing party “Israel Our home” led by politician Avigdor Lieberman, who also left the post of defense Minister.

The cause of the crisis was disagreement over the Palestinian question, after the aggravation of the situation in the region, Lieberman insisted on a full military operation, but the government refused to take such measures.

The ruling majority in the end of the conflict was lost, and the government of the country decided to elect a new Parliament. After the April failure, the following elections were held in September and became almost a mirror image of the first. The leaders of the race — “Likud” and “Kajol-Laban” — received even fewer seats than in spring (32 and 33, respectively), resulting in new negotiations on the coalition became inevitable.

Attempts to compromise lasted until the end of November, your solutions was again proposed as Benjamin Netanyahu and benny Gantz, but the final solution was found and was not. As a result, the third elections for the year.

However, “inter-election” period this time was not really calm at that time had the primaries of the Likud party, which Netanyahu competitors tried to challenge the place of the Prime Minister at the head of the movement. The attempt was a failure — the elections within the party policies scored 72.5% of the votes, strengthening their position ahead of the March vote.

At the end of 2019, the state office of public Prosecutor of Israel showed Netanyahu’s charges of bribery, fraud, and deception confidence of the people. The politician called it a “coup attempt”.

“What we see today is a coup attempt against the Prime Minister on the basis of false allegations. Then what I’m going through now is very hard for me, but it’s even harder for my family. I will continue to lead Israel with responsibility and in accordance with the law,” said Netanyahu during a televised address to the nation.

“You have to be blind not to notice that with the legal system. It’s time to investigate the actions of investigators and prosecutors who are allowed to bring such allegations,” he said. However, the Israeli police believe the evidence base is sufficient.