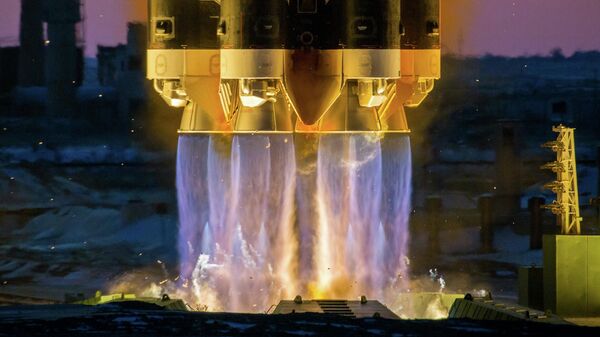 Marriage, on the carrier rocket “proton-M”. admitted in 2015-2016, will eliminate for launching telecommunications satellites, “Express-80” and “Express-103” by June, told RIA Novosti source in the space industry.

“The schedule of repair works in the Center Khrunichev involves the sending of a rocket “proton-M” at Baikonur in early summer,” – said the Agency interlocutor.

According to the source, to remove “Express” into orbit is planned to use a rocket, initially intended to run the module “Science” to the International space station.

In March, the General Director of the Khrunichev Center Alex Morocco told RIA Novosti that the launch of “Express bets” pending at the end of may because of the need of replacement of defective components in “Proton” at the Baikonur cosmodrome. According to the newspaper “Vedomosti”, it was about the faulty bolts used for fastening pipelines second stage of the rocket.

In April, a source in the rocket and space industry told RIA Novosti that all three are at Baikonur “Proton” will return to Moscow for Troubleshooting. In this regard, the launch of the “Express” will take place in late July.

Later, the head of Roscosmos, Dmitry Rogozin, told that marriage is made in 2015-2016 in the manufacture of individual components at the Ust-Katavsky car-building plant in Chelyabinsk region, and confirmed that the launch of “Express” postponed from March to July.

The satellites of “Express-80” and “Express-103” manufactured by “Information satellite systems named after Reshetnev” in the interests of the enterprise “Space communication”, will operate in geostationary orbit (a circular orbit 35 786 thousand kilometers) in the setups 80 degrees and 96.5 degrees East longitude respectively. They are designed to provide communication services and broadcasting in C-, Ku – and L-bands, in Russia and in the CIS countries.