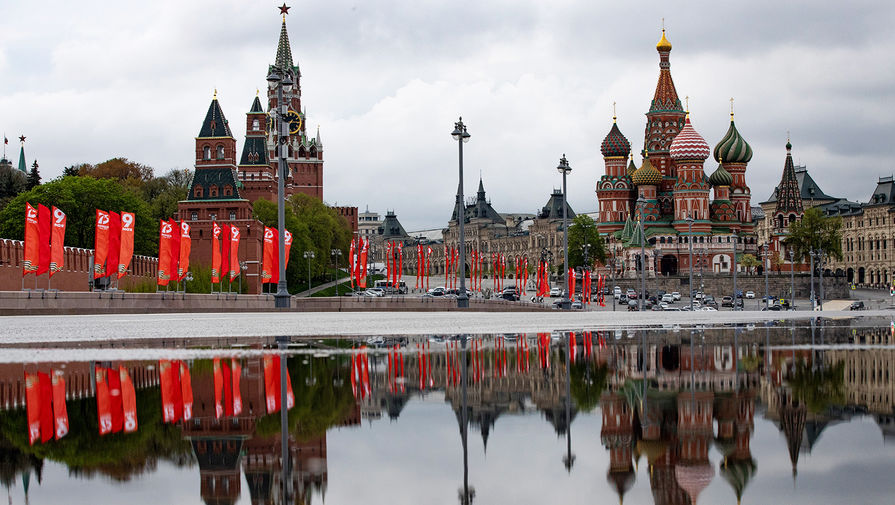 German MP from the party “Alternative for Germany” Robbie Slung stated the necessity of lifting the sanctions during a pandemic. The initiative made earlier by the President of Russia Vladimir Putin during the G20 summit. Countries against which sanctions are made the same call, the proposal was supported by the UN Secretary-General antónio Guterres. However, the topic remained on the level of discussion, international leaders prefer to avoid it, even when talking about the need for solidarity.

MP from the party “Alternative for Germany” (ADH) Robbie Slung in an interview with RIA “News” said that sanctions against Russia should be removed, since during a pandemic, Russia showed solidarity and provided assistance to countries affected by the coronavirus.

“All have shown that Russia is committed to peace and cooperation, not sanctions and escalation of the conflict. Personally, I think the sanctions are fundamentally meaningless because, if you look at history, they always lead to conflict, up to military confrontation. Therefore, all the sanctions measures with any of the parties should be terminated immediately, especially against Russia,”

With similar appeals Slund is not for the first time. In late March, the MP said that the sanctions run counter to the idea of cooperation and solidarity during a pandemic and urged them to completely remove. In this way, says Slund, the international community would make a “contribution to understanding between peoples” and made “a step forward in supporting the economy of Germany and Russia after the pandemic.”

MP from the ADG also noted that on 25 March, the Minister of health of Germany Jens span urged governments to show solidarity and mutual assistance that, according to him, is now imperative.

“So, he actually called absurd sanctions against Russia”, — said Slund.

The idea of lifting the sanctions became particularly relevant when the coronavirus has spread widely outside of China.

On March 26, Russia, China, Iran, Syria, Cuba, Nicaragua, North Korea, and Venezuela have sent a joint letter to UN Secretary-General antónio Guterres. The letter contains an appeal to the head of the world body to request from several other States to remove unilateral sanctions.

“We can’t let political accounts to get in the way of saving lives. It is time for global solidarity,” — said in the statement.

Guterres to call countries joined invited G20 countries to remove existing in relation to other countries, sanctions to combat the pandemic.

“I call for the lifting of sanctions, imposed on countries to ensure that they have access to food, basic health goods and medical assistance in the fight against COVID-19” — said Guterres.

On the same day, the subject of revising the sanctions policy was raised by the Russian leader Vladimir Putin during the G20 summit.

“Much is now said about the need to ensure supply chains is certainly important. But it is equally important during the crisis to create a so-called green corridors, free from trade wars and sanctions, mutual supplies of medicines, food stuffs, equipment and technologies”, — said Putin.

This situation has arisen, for example, in Iran. The leadership of this country has declared that from-for sanctions of the US regime in Tehran can’t get additional medication and medical equipment. Washington also said that humanitarian aid is not subject to sanctions.

In early April, the resolution on solidarity in the fight against coronavirus, as well as the refusal of trade wars and unilateral sanctions not endorsed by the UN General Assembly. The initiative was blocked by the Ukraine, Georgia, UK, USA and EU.

Call Antonio Guterres, by and large, found no support in Europe. In early April, the EU high representative for foreign Affairs and security policy Josep Borrell stated that subscribes to the initiative of the UN Secretary General and agrees with this idea.

“We are working on a communiqué, which will support the UN Secretary General,” said Borrell.

He explained that such measures are necessary for the unimpeded delivery of medical supplies and other essential goods to the affected regions. Borrell also expressed hope that EU members will show support for this initiative.

However, a few days later, during the video briefing European Commission spokesman Peter Stano said that the sanctions “do not undermine Russia’s ability to fight the coronavirus”.

However, the question remains, are able to cope in conditions of restrictive measures against the pandemic, countries such as Iran, Venezuela, North Korea, Syria or Cuba — countries which felt largely the effect of sanctions on their economy and without a pandemic.

The situation in Havana has become a matter of concern to the UN, however, this concern was expressed by the experts of the organization, in particular, the special rapporteurs on the question of negative effects of unilateral coercive measures on human rights Alain Duhan, on the issue of torture Nils Melzer on the issue of extrajudicial executions Agnes Kallamar.

“We urge the United States to terminate the measures aimed at creating trade barriers and restrictive tariffs, quotas and non-tariff measures, including those that prevent the financing of procurement of medicines, medical equipment, food and necessities,” — said in a joint statement, which was signed by seven special rapporteurs of the UN Council on human rights.

The statement also reported that because of the embargo, U.S. exports and re-exports to Cuba require a complicated and expensive licensing process, which undermines “the effectiveness of procurement of drugs, medical equipment and technology.”

In Europe, however, concerned about the situation in Iran in connection with the pandemic and U.S. sanctions, however, and this time, his concern was expressed by the former high-ranking diplomats and representatives of the military departments. The call, in particular, supported the former foreign Minister of the EU Federica Mogherini, the former Director General of who, Gro Harlem Brundtland, former U.S. Secretary of state Madeleine Albright, former Secretary of defense William Cohen and Chuck Hagel, a former IAEA Director Hans Blix and former NATO Secretary General George Robertson.

A group of 24 politicians called on the President of the United States Donald trump to ease sanctions that prevent to deliver to Iran the humanitarian help and medicines.

The authors of the statement noted that restrictions on Iran will not allow the country to purchase medical and humanitarian supplies.

“Despite the fact that the US never intended to kill, “max pressure” of sanctions against Iran threatens the efficiency of Iranian health care system,” they say.

Another former politician to join the idea of the lifting of sanctions, was the ex-Chancellor of Germany Gerhard Schroeder.

“The fact that, despite this terrible past, Russia is ready to cooperate with the new Germany on the basis of mutual trust cannot be overemphasized. Therefore, we cannot continue to support sanctions against Russia. First, they feed in Russia certain memory, and secondly, they will not change Russian policy. Right now, when due to coronavirus approaching us economically difficult times, we need to cooperate. Therefore, it is necessary to abandon these senseless sanctions,” he said in an interview with Der Tagesspiegel.

Of particular relevance to the question of the abolition of restrictive measures provide the anticipated consequences of a pandemic when countries around the world will face a broken economy. Such a call, for example, filed in March, the head of the Association of Italian lawyers Alexander Mary Tirelli.

“Sanctions against Russia is the wrong choice, as a punishment for which in 2014 we lose about $3 billion a year,” he said.

Tirelli believes that great harm sanctions have had on many sectors of the Italian economy from agricultural sector to fashion. While the Russian response even more worsened the situation, according to the lawyer.

The cost was for Italian manufacturers tens of billions of dollars, he said.

In mid-March, a member of the international Committee of the Bundestag Waldemar Gerdt in an interview with “Izvestia” said that to remove the restrictions you had before the pandemic, however, with closed borders, this topic has become particularly relevant.

One way or another, but the subject of cancellation or suspension of sanctions, and remained in discussions. In addition to politicians speaking on the initiative, the idea of a publicly supported, mainly former government officials and political leaders. And though solidarity and the need for mutual assistance have now become the most popular topics in the speeches and statements of international leaders about the cancellation or suspension of sanctions, they prefer simply not to speak.