The next Iraq or Afghanistan predicted due to the possible “privatization” of Americans plots on the moon the Russian space Agency, Dmitry Rogozin. So he sharply reacted to the recent statement of the US administration to develop a new draft agreement with the EU, Canada, Japan and UAE for the extraction of resources on the moon. We understand the legal intricacies of “moon” policy and the possible economic benefits of the development of lunar resources. 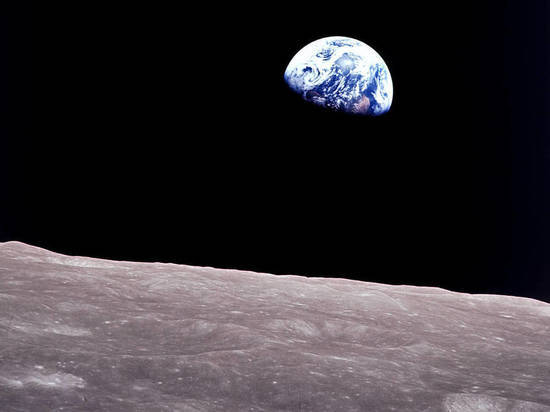 Three years ago the Bush administration was clearly more modest: she just announced negotiations with NASA about the possibilities of production and commercialization of space resources and technologies. April 6 this year, the US President went on the offensive – signed a decree fixing the rights of the States on the extraction of lunar resources, rejecting the moon agreement, as the public domain. And now – the next step appeared to develop a draft agreement with the EU, Canada, Japan and the UAE.

Neither China nor Russia, the project does not appear. But they say that the project Accords Artemis (“Artemis Agreement”) involves the creation of bases around future allies on our natural satellite, the so-called “security zone”, to “prevent harm or interference by competitor countries and companies.” That’s it! In addition to this agreement are the rules of establishing property rights in extracted resources on the moon.

“The principle of invasion is the same, whether the Moon or the Iraq, initiated the creation of a “coalition of the consonants” (as a variant – the “coalition of the willing”), and then, bypassing the UN and even NATO, if there is anyone doubts, go ahead to the goal. I get out of the next Iraq or Afghanistan”, – so reacted to the project by the head of Roscosmos, Dmitry Rogozin on his page in the social network.

In early April, his position regarding the aggressive policy of the USA on the moon expressed the Deputy Director of the Russian space Agency on international cooperation Sergiy Savelyev: “the Attempts of expropriation of space and aggressive plans for the actual seizure of territories of other planets hardly set the country for fruitful cooperation. In history have been examples where one country has decided to begin to capture territory in their interests — we all remember what came of it”.

Lawyers of the Russian space Agency in response to this “aggressive plans” always remember “the outer space Treaty” of 1967. It was signed and ratified by both the USSR and the USA, and hundreds of countries around the world. Despite the remoteness, it is still the basis of international space law. His second article clearly suggests that space objects are not subject to national assignment neither by claim of sovereignty, by means of use or occupation, or by any other means.

For what is worth fighting for

Meanwhile, on 7 may within the framework of the expert platform of Moscow state University “Dialogue on the present and future” held a discussion “Space storehouses of the Earth”, concerning just the possibility of mining the moon for minerals.

A leading expert in the field of research of the moon, the Department head of lunar exploration and the planets of the State astronomical Institute. Sternberg, Moscow state University Vladislav Shevchenko said that the earth’s reserves of gold, diamonds and zinc remained for only 20 years, platinum, copper, Nickel for 40 years. “We do not mean that these metals we are interested in as material for jewelry making, they first and foremost need of the industry”, – said Shevchenko.

The richest alternative “pantry” of rare earth metals is space, namely the Moon and near-earth asteroids, many of which contain millions of tons of iron, Nickel, cobalt, platinum, tens of billions of dollars. For the last seven years, according to the observation of astronomers, the moon appeared in 222 new crater formed by the fallen asteroid, a quarter of them consisted of rare earth metals.

It turns out, Americans gathered to actively explore the moon, brazenly prepara the Treaty of ‘ 67?

Of course, while their activity is mainly limited to loud statements: after all, the return to the moon — it is very difficult. According to experts, to ensure that by 2024, as the dream trump, the us was able to land on earth’s satellite, it will be necessary for NASA to stop the rest of the industry, and her funds to throw at an ambitious project.

But the Americans, like the caravan, which goes ahead despite the barking of dogs, – year after year promoting your idea. In 2016, for example, allowed a private company Moon express inc to start the development of lunar resources. Of course this is an internal document that does not have an international force, say our experts, but Americans need it. Such license unleashes business, encourages him to actively join the development of new lunar technologies. Before I built a separate zone necessary to solve the weight very heavy at first glance, the issues relating to the delivery of equipment to the moon, living and working in the challenging lunar environment builders-pioneers, etc.

Well, what is the answer to Russia? According to our latest adjusted plans, we also plan to explore the moon. However, running heavy landing station “Luna-27” we have planned for August 2025. At best, if the mission again will not transfer to a later date.

What if at the moment of its landing, the landing spot will be occupied by the American base?

According to the 1967 Treaty and the Moon and all other heavenly bodies are of universal value, and therefore all countries-participants of the contract must first agree on Earth about how in the future to divide the lunar territory. At the most optimistic, everything should happen as occurred with Antarctica in the twentieth century: the areas around the bases and stations of different countries will be informally assigned to them. However in Antarctica, no one produces gold and platinum…