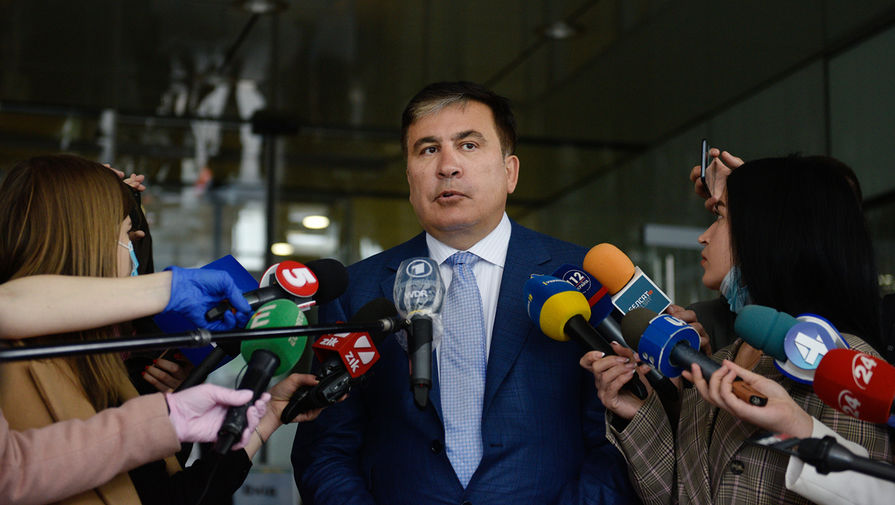 The President of Ukraine Vladimir Zelensky has appointed former Georgian leader and former head of the Odessa regional administration of Mikhail Saakashvili, the head of the Executive Committee of reforms.

A Deputy President appointed by the President of the holding Internet Invest Group, Internet companies Imena.ua Mirohost and Alexander Olshansky.

“I sincerely congratulate Mikhail Nikolozovich with a new responsible challenge. Believe that he will be able to give impetus to the National reform Council will assist in the implementation of important changes in the life of the country”, — expressed hope Zelensky.

After that, Saakashvili posted on his page in Facebook photo with two bottles of “Saperavi” on a background filled with wine Cabinet.

“Today, flew in from Georgia and I think there is a reason to celebrate something today very high quality native wine” — such a comment was supplied a photo of the politician.

The head of the Pro-presidential faction “servant of the people” David Arakhamiya told that Saakashvili and Zelensky few days been in talks regarding his future position and found a new format.

The national reform Council is a special Advisory body under the President of Ukraine on issues of strategic planning, coordination of positions on implementation of unified state policy of reforms and their implementation. Was created on 13 August 2014 the then President of the country Petro Poroshenko.

At the end of April this year the Ukrainian government decided not to appoint Saakashvili to the post of Deputy Prime Minister, writes the portal “Censor.no.” According to the newspaper, the Cabinet withdrew the corresponding representation of the Verkhovna Rada.

As stated by the chief editor of “Censor” Yuri Butusov, the story of the appointment of Saakashvili “ended the silent sink”.

“The appointment is locked and it is not clear, will be there at all. At a fraction of “servant of the people” after long negotiations we managed to collect about 140-170 votes for the appointment of Saakashvili from 248 deputies”, — the journalist wrote to Facebook.

The lack of support in the ranks of the ruling party on this issue has changed the plans Zelensky, said Butusov, Ukrainian leader abandoned the public speaking in favor of Saakashvili.

“Maybe something will change, because the President is ruled by emotions, but now the President’s office gave the all-clear”, — said the journalist.

Earlier, the Verkhovna Rada Deputy of the faction “the Opposition platform For life,” Ilya Kiva said that the West began the second phase of the expansion, introducing their personnel in the echelons of the Ukrainian authorities.

Among these “agents of Western influence,” he called, just Saakashvili. Kiva said that the appointment of Saakashvili — one of the conditions for Kyiv to receive a loan from the International monetary Fund (IMF).

In addition, the MP accused Zelensky’s “inability” to counter “Western influence” and penetration of lobbying in all branches of the Ukrainian authorities.

Gajaria said that this is unacceptable to Tbilisi, as Saakashvili in Georgia sentenced for serious crimes and cannot be a strategic partner.

“We have not yet withdrawn its Ambassador, but if such decision is taken, of course we will withdraw the Ambassador at least for consultations”, — said the head of the government of Georgia.

Saakashvili rather ambiguously perceived in Ukraine. He came to the territory of the country during the coup and strongly supported the new government. For his help he in December 2014 for the first time received an offer to become Vice Prime Minister of Ukraine, but refused the post, not to lose Georgian citizenship.

In 2015 he was appointed head of the Odessa region, however, lingered on it for only a year and a half because of a conflict with the administration of the President of Petro Poroshenko. Since then, Saakashvili went into opposition and began to criticize Kiev, in particular the actions of the Ukrainian leader.

The climax of the confrontation was the deprivation of Ukrainian citizenship policy with a ban on entry, which forced Saakashvili to leave for Europe. However, attempts to participate in the political life of the Ukrainian society it is not challenged, actively using his movement “movement new forces.”

Back to Ukraine it was only after the victory Zelensky in the presidential election, the new Ukrainian leader has restored the passport and citizenship Saakashvili, and also removed the restrictions on entry.

This fact some analysts regarded as the beginning of cooperation between Zelensky and ex-head of the Odesa region, but officially the President for a long time did not show any loyalty to Saakashvili.

It was not until receipt of the proposal for the appointment of former Georgian leader to the post of Vice Prime Minister of Ukraine. However, it is unknown how the situation will develop further, particularly against the background of low support Saakashvili’s party “servant of the people”.