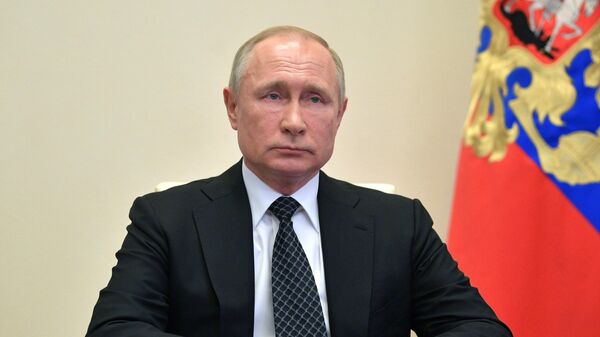 The President of Russia Vladimir Putin sent a congratulatory message to peoples of Georgia and Ukraine on the occasion of the 75th anniversary of the Victory in the great Patriotic war, the press service of the Kremlin.

“Russian President Putin sent a congratulatory message to the leaders and citizens of Azerbaijan, Armenia, Belarus, Kazakhstan, Kyrgyzstan, Moldova, Tajikistan, Turkmenistan, Uzbekistan, Abkhazia, South Ossetia and people of Georgia and Ukraine on the occasion of 75-th anniversary of Victory in the great Patriotic war”, – stated in the message.

The Russian President stressed that these countries hold sacred the memory of the heroes who by their courage at the front and selfless work in the rear helped to win the Victory over Nazism, which was our common great heritage.

“The sacred duty of present generations to forever preserve the memory of those who gave countless sacrifices and hardships to defend the freedom of his native land, to surround with attention and care for our veterans,” said he.

Putin has passed all great Patriotic war veterans, partisans and workers of back sincere words of gratitude and wishes of good health, happiness, prosperity and long life.