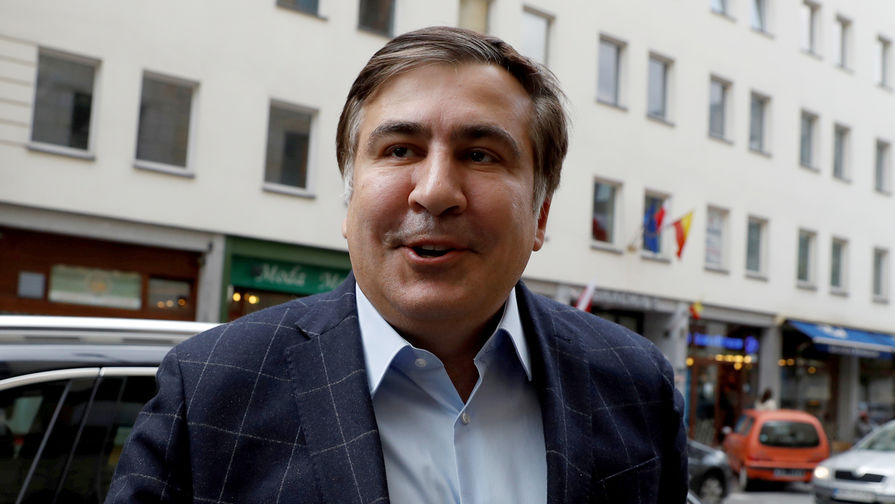 Georgia recalled its Ambassador from Kiev for consultations after the appointment of ex-President Mikhail Saakashvili to the post of head of the Executive Committee of reforms of Ukraine. Tbilisi protested since April, when a politician was considered as a candidate for the post of Vice Prime Minister of Ukraine. This appointment did not take place, and may 7, Saakashvili received another position. That, however, does not negate the growing tensions between Tbilisi and Kiev.

After the appointment of ex-President of Georgia and former Governor of the Odessa region Mikhail Saakashvili to the post of head of the Executive Committee for the reform of the Georgian foreign Ministry recalls its Ambassador from Ukraine for consultations.

“The appointment of a strategic partner to the position of the person who is convicted and is wanted in Georgia, became the basis for the decision about the recall of the Georgian Ambassador in Ukraine Teimuraz Sharashenidze for consultations,” said foreign Minister of Georgia David Zalkaliani.

However, he noted that Georgia does not consider the next step in the severance of diplomatic relations or revision of a strategic partnership, “since this is not friendship, shared aspirations and goals of the two countries”.

The potential appointment of Saakashvili as the Ukrainian government made a lot of noise, including in Georgia.

22 APR politician said in his Facebook that he had received the offer from President Vladimir Zelensky to take up the post of Deputy Prime Minister. On April 24 he met with a faction of “servant of the people” and responded to their questions. From the words of Saakashvili, it became clear that the government of Ukraine, he intends to deal with the issues of economic reforms.

He also said that Kiev, as a strategic partner of Tbilisi, would be “totally unacceptable” to appoint to such a post man, who was convicted in Georgia for serious crimes and are wanted.

Earlier, the Tbilisi court sentenced the politician to three years of imprisonment in connection with excess of office powers, he was found guilty of covering up and pardoning of police officers convicted for the murder of the employee “United Georgian Bank” Sandro Girgvliani.

Also, Saakashvili was sentenced to six years in prison in connection with charges of organizing the beating in 2005 of his opponent, the Deputy and businessman Valery Gelashvili insulted in one of his interviews the ex-President’s wife Sandra Roelofs, the.

During the year the verdict to the former President will be sentenced in two criminal cases for embezzlement of public funds and in the case of the brutal dispersal of the opposition rally on 7 November 2007.

April 29 on the website of the President of Georgia released a statement about the potential appointment of Saakashvili as a Vice Prime Minister of Ukraine.

“Georgia and Ukraine are close strategic partners. Our cooperation is based on long-centuries friendship between peoples and respect of our mutual interests and aspirations. Despite this, our partner country is considering at the highest political position a candidate who was found guilty of all three courts in Georgia. It should be noted that this has caused legitimate concern and reaction of our leadership and society”, — reads the statement of the President of Georgia

Zurabishvili also said that intervention in the internal Affairs and personnel policy of Ukraine to Georgia is unacceptable, but the appointment of Saakashvili Tbilisi “unacceptable and incomprehensible”. She also expressed concern about the further destiny of relations between the two countries, and said that the current situation has led to lack of trust between Tbilisi and Kiev.

For the Georgian authorities the situation is complicated by the fact that the country is preparing for is scheduled for the autumn parliamentary elections. For seats in Parliament will be overcome and the party of the former President of the “United national movement” (UNM).

Although Saakashvili is now officially has nothing to do with this political movement, occupying a high position in the Ukraine, he will begin to facilitate the victory of the allies in the elections, the leader of the opposition party “for United Georgia — Democratic movement”, ex-Chairman of the Georgian Parliament Nino Burjanadze.

“In a certain sense, of course, votes to END it will add. First, Saakashvili, if he is appointed, because of their nature will be in full PR and to engage in propaganda, — she said in a conversation with “Газетой.Ru” Is the moral support that is certainly important for his supporters — the leader of the party appointed in another country to such a high post. On the other hand, it is also the financial resources that he can to help his party and of course the tribune, which he could certainly use.”

Why did Saakashvili need Zelensky

In comments to “Interfax” the press service of the office of the President of Ukraine said that the choice of Saakashvili to the post of Deputy Prime Minister due to his popularity in the international arena and “experience of successful implementation of reforms.”

In a conversation with “Газетой.Ru” Director of the Kiev Center of political researches and conflictology Mikhail Pogrebinsky expressed the opinion that

it created the image of Saakashvili’s popular in the West of the reformer so attracted Zelensky.

The fact that, forming his first government, the Ukrainian leader tried, in all probability, to recruit people with a spotless reputation, a new policy entities. In fact, however, it so happened that unpopular decisions of the Cabinet affected the President’s rating, as it was almost the only figure in the government with political weight.

In March, the President sent Prime Minister Alexey Goncharuk and his Cabinet to resign. Process personnel changes and recruitment to the government of Ukraine is still ongoing. And probably the post of Deputy Prime Minister Mikhail Saakashvili that has reputation in the West and known in Ukraine, would become one of the few popular politicians.

“The President apparently is aware that the responsibility will still carry it, because the government is heavy shapes at all. So I think that Zelensky liked the idea — to attract such a heavyweight, which is still in the West a reputation as a successful reformer. But he is our President knows nothing about these reforms. In addition, he knows nothing really, as it happened in Georgia than Saakashvili reformer and what the price was of these reforms, and even what happened in Georgia, can’t get in Ukraine”, — said Mikhail Pogrebinsky.

The vote in Parliament on the issue of appointment of Saakashvili to the post of Deputy Prime Minister was scheduled to be held on April 24, when the politician answered the questions of journalists and members of the “public Servants”. However, the vote did not take place.

Some Ukrainian media reported that the party of the President does not recruit votes for the appointment, while others reported that against his candidacy by the government. There was no discussion in Parliament and on 30 April — this date is indicated by the ex-President of Georgia as the day of the vote for its candidate.

In the result, the former Governor of Odessa region found another position next to the President, the appointment to which did not require approval in Parliament.

The national Council of reforms includes the head of the office of the President Andriy Yermak, the Prime Minister Denis Shmyhal and other members of the Cabinet, the speaker of the Verkhovna Rada Dmitry Razumkov NBU Yakov Smoliy. Council members determine the policy of reforms in the country, while in 2014, the decision of Petro Poroshenko, at that time held the post of President of Ukraine, the national Council of reforms has exclusively Advisory functions.

Saakashvili himself demonstrates a positive and determined attitude.

“Today I had a long meeting with President Zelensky. I think he understands that the country has no alternative to rapid change and to stand still and move forward, the bad past behind us quickly catch up and move. So the President feels very strongly for radical reforms and changes. I really liked his attitude, because the very fact of my appointment shows that he is willing to go to extraordinary steps, against which it discouraged a huge number of people”, — the politician wrote in Facebook.