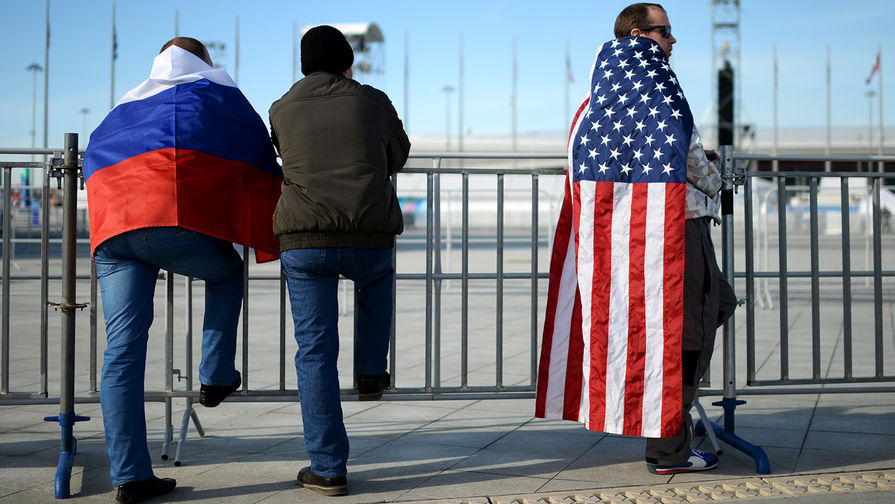 Published in the United States closed the testimony in the case of “Russian interference” in the presidential election. More than 50 published transcripts of the house Committee on intelligence. From the point of view of his head, Adam Schiff, the materials describe in detail the use of Donald trump “Moscow”. While the media is partially linked the publication of the testimony with the termination of the case against the former adviser of the President Michael Flynn.

Committee of the U.S. house of representatives on intelligence released new materials related to the investigation of “Russian intervention” in U.S. elections. Legislators have published 57 transcripts of closed witness statements and a number of other comments that were received from 2017 to 2018.

“The Russian business” was officially closed last spring. According to the findings of spectracolor USA Robert Mueller, law enforcement could not confirm the existence of collusion between the American leader Donald trump and Russia. In addition, not been proven the fact of the influence of the US President to investigate, but the fact of the attempted interference of the Russian side in the American elections is considered “obvious”.

The Kremlin has repeatedly denied such accusations, and the tramp was originally called the case of müller “witch hunt”. According to the President, the investigation was trumped up by Democrats, who are unable to accept the loss in the elections of 2016.

New materials include an interview with the team of trump, in particular, the President’s son Donald trump Jr., former assistant Corey Lewandowski, son-in-law trump Jared Kushner and other senior politicians.

As stated by the Chairman of the intelligence Committee, Democrat Adam Schiff, published transcripts describe in detail the efforts of the campaign trump “on the use of the help of Russia in the elections.”

Despite the official end of the “Russian cause”, Schiff is sure that Mueller brought enough evidence of illegal interaction with the US President of Moscow — “direct and indirect”.

However, to say that in the published materials contain information that “sheds light” on the investigation of the “Russian intervention” is not necessary. The Committee posted testimony of more than 6 thousand pages, but in General most of these “closed interviews” one way or another has already been published by the American media, during the investigation.

Merged conversations contained some gaps, but they made up for Mueller in his report on the investigation, and during testimony to Congress after the conclusion of the case. In General, this situation is not surprising, as initially the Committee hoped to publish the transcript back in the fall of 2018 — this process lasted almost two years because of the checks from N. I..

Nevertheless, a number of American media considers published materials as a source of additional information about the “chaotic campaign trump”.

In particular, CNN writes that the transcripts give food for thought for Republicans and Democrats who are on opposite sides of the fence in this matter.

To illustrate, the testimony of trump, Jr. He was in conversation with legislators, confirmed that he had discussed with his father and lawyer possible to publish information about the appointment in the summer of 2016 with the “Russian lawyer”, who allegedly wanted to give the team trump’s dirt on the candidate from Democrats Hillari Clinton.

“I was ready to listen to him, but at the time I didn’t trust it. In another case, I would not postpone until the end of summer,” reads the transcript from an interview with trump, Jr.

In turn, the former campaign Manager of trump Lewandowski told how he provided the President of the United States a survey of Republicans in the matter of Michael Flynn — the former adviser of the head of the White house on national security. According to the testimony of Lewandowski, and most members of the party were against the possible pardon of an ally trump.

The Case Is Flynn

By the way, on the testimony referred to with the name Flynn’s CNN special emphasis in light of the decision of the US justice Department to end a criminal case against former adviser to the President of the United States. The Agency has suspended the investigation on 7 may “after thoughtful analysis of all facts and circumstances, including newly discovered information.”

According to the Associated Press, the Prosecutor for St Louis Jeff Genser came to the conclusion that

the thing Flynn needed to stop because of the lack of legitimate circumstances for the start of the investigation against the former assistant to trump.

Proceedings against Flynn started in the framework of the “Russian cause”. In 2017, he left the White house due to the fact that allegedly were not fully informed Vice President Michael Pence of the interview with the then Russian Ambassador to the U.S. Sergei Kislyak.

Contacts occurred during the election campaign of 2016. According to the investigation, they were allegedly unlawful. The trump and his key aides have consistently denied such suspicions in Moscow also has repeatedly pointed out the groundlessness of any claims about the influence of the Russian side in the course of elections.

The trial Flynn was postponed indefinitely in February 2020, then the prosecution requested him to imprisonment for six months, and the lawyers of the former adviser to trump insisted on conditional term. It is worth considering that

Flynn three years ago made a deal with the investigation and agreed to plead guilty to perjury.

After the information about the possible termination of the case Flynn, trump told reporters that most likely this “wonderful man” would be justified. According to the President, the responsibility for what happened to Flynn is to “impure into the hands of the police who were in charge of the FBI”. It also has not excluded that subsequently will consider the return of their former Advisor at the White house.

The revival of “Russian Affairs”

However, the optimism of the tramp in relation to the Flynn investigation is not shared by all. In particular, the Chairman of the legal Committee of the house of representatives, Democrat Gerald Nadler promised as soon as possible to arrange hearings with the participation of U.S. attorney General William Barr on the background of the termination of business ex-the adviser to the President.

“In pandemic I worked with the Ministry [of justice] the issue of the postponement of the scheduled hearings of attorney General [William Barr]. Now I’m going to organize these hearings as soon as possible”, — said the head of the legal Committee.

The decision on termination of criminal prosecution Flynn is “egregious” in connection with the presence of “overwhelming evidence” of his guilt, said Nadler, is why the General inspector of the Ministry of justice, Michael Horowitz to investigate the incident.

The launch of another investigation, indirectly associated with the “Russian intervention” probably means a continuation of the unwinding of the proceedings about the “hand of Kremlin” in the United States.

At the same time as recognize trump, the case interferes with his administration to build relations with Moscow.

In a telephone conversation with Russian President Vladimir Putin on 7 may, the American leader said that now is a good time to establish relations, as all the “things fall apart, and line up as needed, proving what a hoax it was investigating.”

The intention, however, Nadler and other members of the Democratic party to achieve the continuation of investigations with the prosecution of all “guilty”, especially trump, most likely again interfere with the plans of the President of the United States to restore relations with Russia.