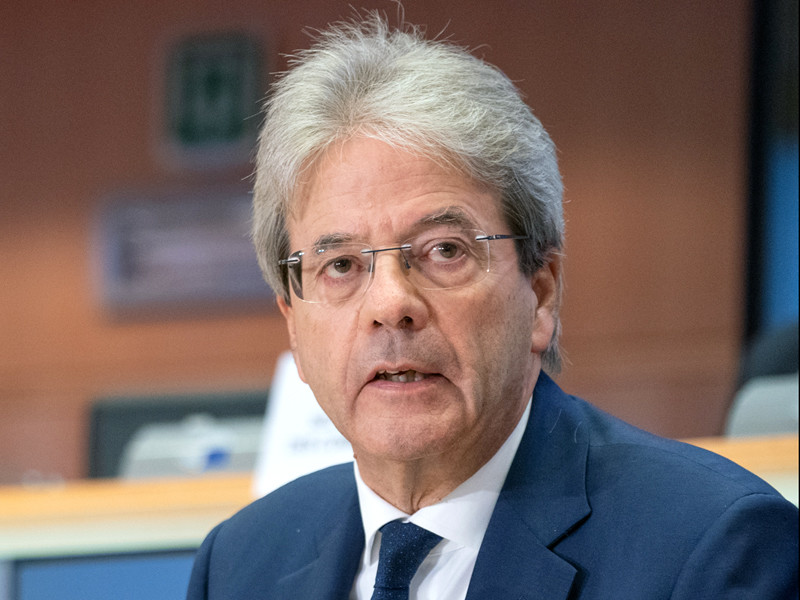 According to the Commissioner, the economic downturn in the territory of the 27 member States of the European Union in 2020 will amount to 7.4%, and in 19 countries of the Euro area is 7.7%. Gentiloni noted that recovery will not begin until next year, but “it will not allow to compensate for the downturn.” None of the EU countries did not show an increase in 2020.

According to Gentiloni, the unemployment rate in the EU is 9%, which roughly corresponds to the most severe years of the period of the sovereign debt crisis – 2010-2014.

The European Commission predicts inflation at 0.3% in 2020 and 1.6% in 2021. It will warm up a multibillion-dollar financial injections by governments of EU countries will support the economy. Gentiloni also warned that although this anti-crisis assistance must guarantee European companies access to adequate level of liquidity, it also carries risks to financial stability, and the ability of EU member States to service their debt. The European Commission expects that the level of total public debt in the 27 EU countries in 2020 will increase to 95.1 per cent of their total GDP, whereas in 2019, it was 79.4%.

The EU has already approved a program of emergency assistance its economy to 540 billion euros and is now working on a “recovery Fund” in the 2 trillion Euro. These funds will complement the more than 2 trillion euros which the EU member States spend to support their business in national capacity. A large part of these funds is borrowed money.

Least severe the loss is covered by Germany. This country in 2020 expected to shrink by 6.5%, that nonetheless will be the “deepest recession in Germany after the war.” However, Germany will largely be able to recover next year if its growth will correspond to the EC forecast at 5.9%.

The worst situation in 2020 is waiting for the most affected by the pandemic Italy (a decline of 9.5%) and Greece, which, although it could substantially minimize the spread of the coronavirus, however, will suffer because of its weak economy and negative global backdrop – the decline of its economy will be even more difficult to 9.7 per cent. However, in 2021, according to EC estimates, Greece will be able to “play” a significant part of the losses its economy will grow by 7.9%, while Italy predicts only 6.5% growth.

The world economy will shrink in 2020 as a result of the pandemic coronavirus by 3% in comparison with indicators of 2019, which exceeds the damage from the global financial crisis of 2008-2009, said Gentiloni. According to him, the recovery will only begin in 2021.
The downturn in the US economy due to the pandemic in 2020 will, according to the forecast of the EC, a record 6.5%. At the same time in 2021 is expected to increase GDP by 5%.

Since the beginning of the pandemic coronavirus in the world has infected more than 3.6 million people, more than 250 thousand died.