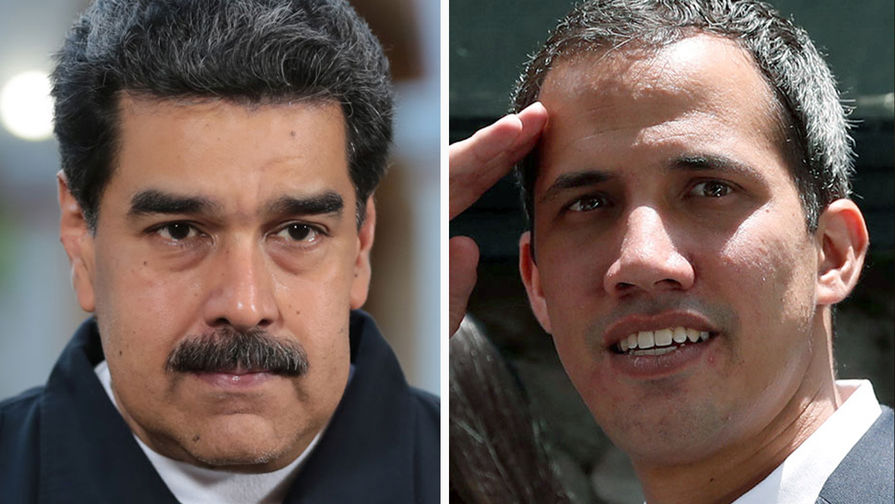 The Venezuelan opposition has signed a contract with American PMCs Silvercorp to overthrow Venezuelan President Nicolas Maduro, the newspaper the Washington Post. The contract was signed in October 2019, the cost of its implementation amounted to $212,9 million as the operation target in the agreement was indicated the overthrow of Maduro and the establishment of the regime of Juan Guido. 3 may the head of the Venezuelan interior Minister Nestor Reverol reported that the authorities prevented a naval invasion of Colombian militants. Maduro said that the purpose of the invasion was killing him.

The Washington Post published an investigation of the marine invasion of a group of armed men in Venezuela and came to the conclusion that it was drawn up by the opposition of the country, together with American PMCs to overthrow President Nicolas Maduro.

On 3 may, the interior Minister of Venezuela, Nestor Reverol stated on the prevention of marine incursions by Colombian insurgents on the part of the state of La Guaira in the North of the country. Maduro said that the purpose of this invasion was killing him. He later reported that among the detained members of the armed seaborne assault — two American citizens, who, according to him, are members of the personal guard of the President of the United States.

As reports the edition, the operation involved was a veteran of the special forces of the US army Jordan Goodro, head of the American security company Silvercorp.

He argued that Venezuela was ready to penetrate 800 people, to “get” Maduro and his associates.

The Washington Post published an article after a conversation with more than 20 people familiar with the operation. However, the main source was a Venezuelan political strategist Juan Jose Rendon, close to the ex-President of the National Assembly of the country Guido Huang proclaimed himself President of Venezuela.

According to WP, the plan of capture, received a code name “Plan C”, was signed in October last year. As reported by Rendon, in November, he and other opposition members argued that the operation impossible. However Gudra and his supporters still went to her execution.

Plan Goodro really suffered a crushing defeat eight attackers killed, two detained, one of which is the Management agent for the U.S. drug enforcement. Later it became known about the eight detainees.

The white house denies any involvement in the operation. On Wednesday, US Secretary of state Mike Pompeo said that the invasion “was not a direct participation of the government of the United States.” Jordan Goodro, however, the publication said you were looking for supporter among team Vice US President Mike Pence. However, he did not mention his name. Press Secretary Pence said that between the office of the Vice President and team Goodro was “zero contact.”

“There was no coordination, nothing to do with them”, — said the press-Secretary of Pensa Cathy Miller.

This summer Juan Guido tried to consolidate its position in Venezuela. He managed to obtain the support and recognition of the United States and most EU countries. However, to move forward the leader of the opposition and failed.

In August, according to WP, was established a “Strategic Committee”, whose composition remains unknown, but one of its members became Rendon. The mission of the Committee was to consider and offer scenarios for regime change in the country. In particular, one of variants of achievement of the purposes was to strengthen international pressure on the government of Nicolas Maduro.

There was also another plan — the kidnapping of the President and his closest supporters.

According to Rendon, in September, the Committee met with several potential partners to implement the scenario of overthrowing Maduro. However, they did not accept the price requested by potential allies — to $500 million.

Jordan Goodro was the man who proposed its own plan for a much smaller amount of $212,9 million And a script by veteran covers not only the opposition’s purpose achievement. He offered the services of Silvercorp, which could advise a former Venezuelan military to implement the plan. To prepare for the operation have Goodro was 45 days. During this time he had to introduce the members of his team in Venezuela, and spread their influence.

In October in Washington an agreement was signed between the members of the opposition and Silvercorp. Goodro provided WP record video call with Juan Guido, which the opposition says: “We are doing the right thing for our country,” “I am going to sign [the agreement]”.

He Guido refused to comment on the publication, however, he previously noted that his “interim government” has no relation to the operation, which took place at the weekend.

Rendon also insists that the agreement with Hudro there was no sign of Juan Guido. The opposition knew only the outline of a coherent plan, but treated the veteran with suspicion. According to the analyst, the news about the invasion of a group of armed people on the territory of the country astounded him. The plan presented Goodro, many Committee members seemed impossible. Other sources reported that Silvercorp had intended to seize the oil capital of Venezuela Maracaibo and then to move to the East in the direction of Caracas.

Skepticism of the Venezuelan opposition, in particular, was based on the fact that in March, Maduro’s government has published information about ripening in the country plotting against the President.

“We know everything, — the President said in March. — What they ate, what ate. What they drank. Who financed them.”

When Maduro called the names of the detainees, he said there is a video interview of Luke Denman — one of two veterans of the special forces of the US Army. He confirmed that the purpose of the mission was to capture the President, and for the plan he was to receive from $50 thousand to $100 thousand Trained performers and organization of the plan, according to Denman, was held in Colombia, near the border with Venezuela. In training camp, it was two Americans.