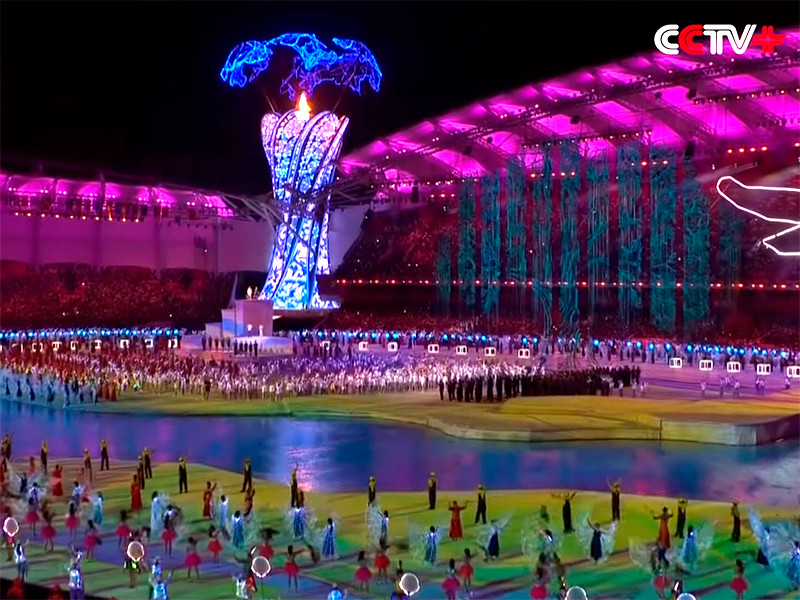 Some participants in the World military games, which last autumn took place in the Chinese city of Wuhan, I felt after the event of health deterioration. Some physicians and athletes believe that even then began to spread the coronavirus.

In October 2019 in the competition in China was attended by about 10 thousand people from around the world. Among them were French peribonka Elodie Clavel. According to her, immediately after she got sick. Now Clovel said that while she had been ill COVID-19, writes Le Figaro.

“Many of the athletes taking part in the World military games, ill. We recently talked to a military doctor, who told us: “I think you had the coronavirus, because many members of the sports delegations became ill,” added Clavel.

However, some athletes doubt what they do in October could be infected with coronavirus in China. According to Aloisi Retorno, which is in the French team sailing, she “does not think that if there were serious risks of infection.”

In October 2019 in the world struggle was waged against the coronavirus. The first reports that it is spreading in Wuhan appeared a few weeks after the World military games, reports “Interfax”.

In the Belgian team at the games was represented by a delegation of 80 people, also indicated that “nothing does not specifically allows you to confirm a hypothesis” about the possible infection of athletes in October 2019.

“At the end of November – beginning of December, some participants complained of sore throat, cough, lost voice, but none of these symptoms did not require special measures and has never been associated with participation in war games,” – said the source publication in the Ministry of defence of Belgium.

In the French defense Ministry said that during the games, nobody knew about COVID-19. In addition, the Ministry explained that the French athletes regularly passed medical examination and there were no symptoms that could indicate infection with coronavirus.

Coronavirus COVID-19 began to spread from Wuhan. Still debate about when it began the spread of infection. On may 3, a French doctor, head of the two intensive care units of the Paris region IV Cohen said in an interview that his hospital had conducted a check of the tests taken before the start of the epidemic in patients with flu-like symptoms. Sample of a patient with pneumonia, hospitalized in the period from 27 to 29 December 2019, was covid-positive. This patient had not visited the country, where, as is commonly believed, started the outbreak. Moreover, before getting sick, he is almost 5 months never left France. It is impossible to say whether this patient “zero” in France.

Previously, the first contracted in France were considered two of the patients who visited the Chinese province of Hubei. Cohen has called the colleague-virologists also check on COVID-19 the December and January tests.

The first cases of infection, about which the Chinese authorities reported who were treated by 31 December. Therefore, doctors believed that coronavirus infection came to Europe only in January 2020.

However, the epidemic in China began much earlier, says US intelligence. According to her, in November, the Chinese authorities have imposed restrictions on the movement of citizens in Wuhan, began to hold mass procurement of medical supplies (masks, surgical gowns, gloves) and reduce their exports.
The US President Donald trump has accused China of concealing the true extent of the outbreak of coronavirus, stating that the virus came from China that the authorities made a mistake at an early stage of the fight against the spread of the virus and misled the world community trying to hide it.