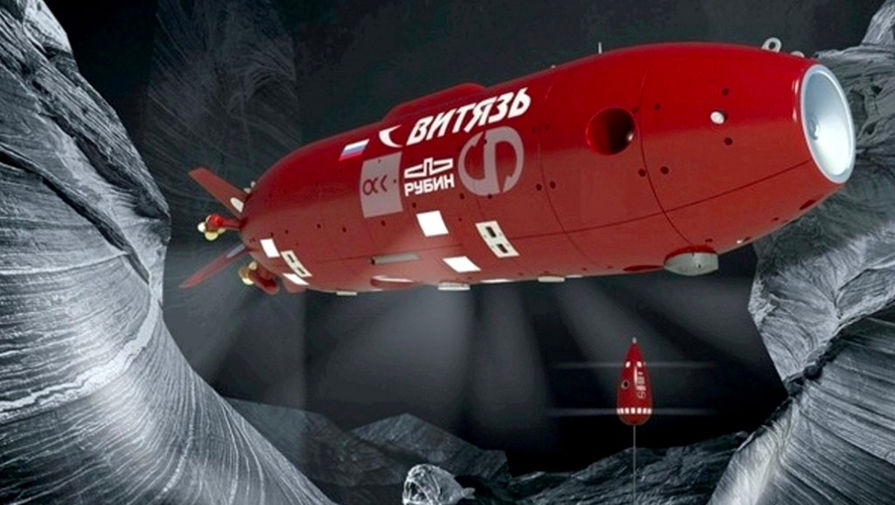 Russian deep-water apparatus “Vityaz” for the first time sank to the bottom of the Mariana trench. Immersion depth was 10 028 meters, installed at the bottom of the pennant in honor of the 75th anniversary of the Victory.

The Russian Autonomous underwater vehicle for the first time sank to the bottom of the Mariana trench. It is reported by RIA “Novosti” with reference to the advanced research Foundation (DRF). It is noted that the device has reached at 22.34 GMT on 8 may. The sensors recorded a depth of 10 028 meters.

“The duration of the mission excluding the dive and ascent to the surface was more than three hours,” added the Fund.

On the bottom of the Mariana trench was the pennant of the 75th anniversary of the Victory in the great Patriotic war. The unit conducted mapping, photo and video of the seabed, the researchers investigated the parameters of the marine environment.

The complex “Vityaz” is Autonomous unmanned vehicles, deep-sea bottom station and instrument control. Shipborne equipment of the complex provides an information exchange on the vessel carrier with an underwater camera and a ground station in real time on the hydroacoustic channel.

“Unlike previously worked in the area of devices Kaiko (Japan) and Nereus (US — “Газета.Ru”), the apparatus “Vityaz” operates fully Autonomous. Through the use of the control system of the apparatus of the elements of artificial intelligence, it can avoid obstacles on the course, find a way out of the limited space, and solving intellectual tasks,” said PEF.

Immersion of the apparatus “Vityaz” commented Deputy Prime Minister of Russia Yuri Borisov, who called it an outstanding achievement of the military-industrial complex, he announced a new breakthrough development.

“Certainly, the establishment and successful testing of complex Autonomous underwater vehicle “Vityaz-D” is an outstanding achievement for our defence industry and science,” he said.
“That’s not our only breakthrough development – a line of them. A lot of work ahead and I am sure that new achievements”, — he added.

According to him, the deep-water complex of this complexity class is first created for such a short time. This was achieved due to the interaction of the advanced research Foundation, Central design Bureau for marine engineering “Rubin”, as well as the active support of the project by the Navy.

The Deputy commander of the Pacific fleet armament rear Admiral Igor Korolev expressed hope that Vityaz will be based in the Pacific fleet – the last dive was done from aboard the rescue ship TOF “Fotiy Krylov”.

Development of the “Vityaz” began several years ago in the Central design Bureau “Rubin”. The name of the unit received in honor of the Soviet research vessel “Vityaz”, which was able in 1957 to determine the maximum depth of the Mariana trench — 11 022 meters. “D” indicates the function of the demonstrator. Vityaz “-D” consists of a deep-sea lander, bottom station, communication and navigation as well as ship kits and accessories. The device can operate in standalone mode and is equipped with modern video – and sonar systems.

Working with the Mariana trench was planned to begin in the fall of 2019, before this unit was tested on the Black sea.

The history of diving

The first dive of the man at the bottom of the Mariana trench on 23 January 1960, then the immersion depth was less than 11 km away. a Unique study was conducted in the bathyscaphe Trieste Swiss Jacques Piccard, the son of the Creator of the machine, and American don Walsh.

In the deep layers of the water they saw shrimp and fish, similar to flounder.

Researchers contacted by ultrasonic the phone with the vehicle support and reported my arrival to the destination. Was conducted different experiments: water temperature overboard was 3.3°C. And after measuring the inside diameter of the nacelle revealed that she has shrunk 3 mm.

Picard described her experience: “I never thought that the oceans are huge reservoirs mostly cold water. Only a thin layer of surface water in the tropical zone has a more or less high temperature.”

The next dive was made in 1995, the Japanese probe “Kiko”, was taken in the bottom samples of the sludge were discovered living organisms – foraminifera.

In 2009, in the cavity down automatic vehicle “Nereus”, who collected the sediment at the bottom.
Picard and Walsh for a long time remained the only people who have been at the bottom of the Mariana trench.

Their record was repeated in 2012, film Director James Cameron. He became the third man in history to reach the deepest point of the oceans, and the first who did it alone.

Cameron plunged to the single-device “Dipsi Challenger” equipped with everything necessary for the shoot.