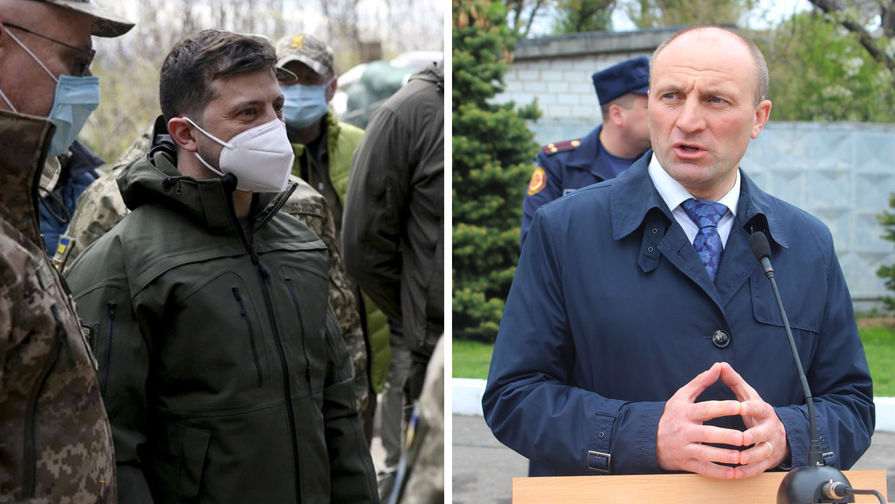 In Ukraine quarantine measures in pandemic coronavirus until extended until may 22. However, in some regions local authorities have already go contrary to the decisions of the government, weakening of restrictive measures. The outbreak of the confrontation between the President and mayors of major cities is also related to the upcoming local elections that “servant of the people” may lose.

Despite the Ukrainian government’s decision to extend the quarantine until may 22, in some regions of the country to the decision to listen did not become. Thus, in Cherkasy local authorities from 1 may weakened quarantine restrictions, allowing to open the food stores, workshops, beauty salons, and summer patios.

In addition, residents are allowed to walk in parks, squares, markets and fairs. The city authorities explained their decision by the desire to support small and medium business, which was on the brink of survival.

The high-handedness of the Cherkasy Kiev caused undisguised irritation. With criticism of local authorities made by the Minister of health of Ukraine Maxim Stepanov, the national police opened criminal proceedings.

The President of Ukraine Vladimir Zelensky in one of his video message even gave the mayor of Cherkasy Anatoliy Bondarenko “Hello” from the security Service of Ukraine and Ministry of internal Affairs.

However, Bondarenko are hints to reconsider is not made. “Cherkasy will to resist, remember! Cherkasy — free Cossack town, and if you want to unite Ukraine, we will unite Ukraine. And remember, nobody defeated Cherkassy”, — he said in response.

Bondarenko separately pointed to the scandals associated with the introduction of the quarantine regime in Ukraine. In April, the media reported that businesses controlled by the members of Parliament, including from the party of “servant of the people”, continue to work, despite the restrictions. “Unfortunately, selective application of law only applies only to ordinary citizens,” protested Bondarenko.

At the same time, the mayor of Cherkasy separately indicates that it does not negate the quarantine, but only weakens, and guided by common sense: “I can’t the residents of the city to explain why dozens, hundreds of people if not thousands are in a large supermarket, but they can’t go to a small hardware store and buy paint”.

The mayor of Cherkasy openly supported his colleagues from Lviv and Ivano-Frankivsk, Andriy Sadovy and Ruslan Martsinko, urging to stop the persecution Bondarenko. Chapter several cities tacitly joined the revolt, beginning to ease them.

So, the mayor of Kharkiv Gennady Kernes said the publication of “Country” that may 12, the city will run underground. While on Bank hoped that this will only happen in late June — early July. About individual impairments quarantine also informed the authorities of Kiev, Zhitomir, Dnieper (former Dnepropetrovsk), Transcarpathian Mukachevo.

Probably on the actions of the mayor of Cherkasy and his colleagues influenced not only by the desire to alleviate the plight of business and the approaching local elections to be held in October this year.

As parliamentary elections, this vote is for Zelensky and his party “servant of the people” of strategic importance. When the President talked about the total change of power in the country, he meant including the regional authorities.

Against this background, Ukraine began actively to appear the rumors about a possible change of the electoral law.

In particular, it was mandatory for political parties to participate in elections on the territory of the 2/3 of the country. In addition, it was suggested to introduce the 5% limit for representation in the municipalities. Moreover, such a proportion of votes you need to dial across the country.

Such measures are, de facto, would make impossible the existence of small regional parties, limiting the political field of Ukraine by those parties that sit in Parliament. However, the idea was supported by the head of “public Servants” Alexander Kornienko:

“All that relates to proposals about 2/3 coverage of the country, for the party and 5 percent barrier at the national level, is an attempt to bring order and structure of the local political landscape. Moreover, article 3 of the law on political parties clearly says that in the Ukraine are only national parties, and regional — is prohibited. But we like mushrooms after a rain grow party mayors. Within a single city or region.

When we talk about this trend in the Central regions of the country, it’s not so bad. But when it comes to border areas — we all understand which areas are meant, then it could be a completely different story… That is, I’m talking about vaccination from the local separatism.”

In the case of the introduction of such rules, the mayors of major cities will remain only two options to be chosen: to unite in a nationwide “party of mayors” or to run for Parliament from a major party formations, such as “Fatherland”, “Opposition platform of Pro — life” or “European solidarity”.

The first option was discussed at the stage of preparation for the elections to the Verkhovna Rada. Then allowing the Union of the mayors of Kharkiv and Odessa Gennady Kernes and Gennady Trukhanov. Thus, according to the latter, their plans in this matter he is still not changed.

However, this scheme is hardly suited for the whole country. Association of Kernes and Trukhanov possible because both the mayor based on the same electorate. However, their voters hardly have something in common with electors of the mayor of Lviv Garden or the mayor of Kiev Vitali Klitschko.

This would ensure that strong political figures from the regions EN masse would join major opposition, “the Servant of the people” parties.

And given the rating of the presidential party — now it is supported by slightly less than 20% of Ukrainians, local elections could mean for the Central government through the disaster.

Apparently realizing this, Zelensky criticized the ideas about changing the electoral legislation: “Given their meager chances in the local elections, some parties are trying to change the law and set up flimsy barriers to regional parties. Thus, the old politicians want, despite the political will of the region’s residents, “climb” to the local authorities. In fact — to deny small parties and non-party citizens ‘ ability to change their region for the better… No “two thirds” or “five percent” or other “schemes” will not.”

However, from prosecution refused to obey Kiev the local authorities on Bank has not yet refused. And, then, the local elections in the country will not be without surprises and scandals.