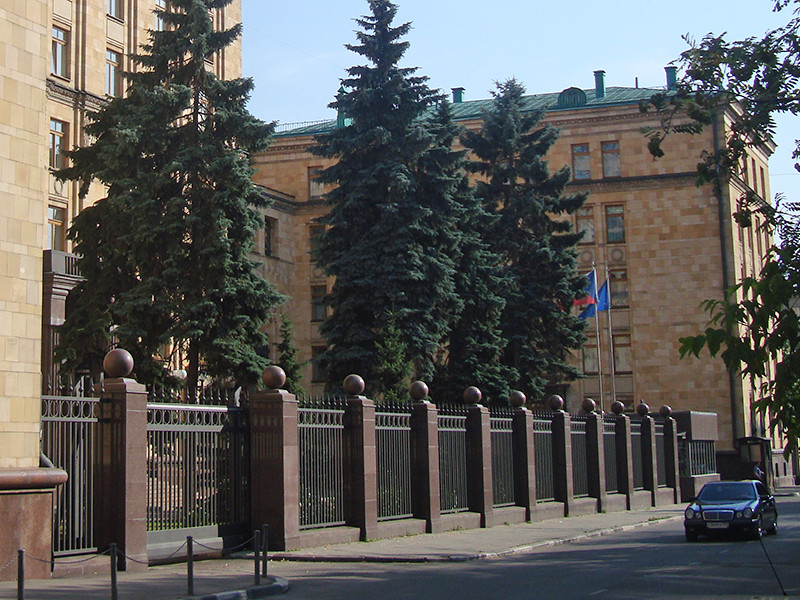 In April, the buildings of the Czech Embassy in Moscow and consulates in St. Petersburg held a protest over the demolition of the monument to Marshal of the Soviet Union Ivan Konev in Prague. The protesters in Moscow held on 5 April left for the Czech Embassy a smoke bomb and secured to the fence inscription “Stop fascism”. Another similar protest was held in St. Petersburg on 16 April, which also used smoke bombs.

Responsibility for both actions was taken by the activists of the movement “Other Russia”. The Minister of foreign Affairs of the Czech Republic noted that the Russian authorities still have not replied to the note, which the Ministry were sent for the April stock.

Peter also called absurd the intentions of Moscow to attract Czech politicians criminally liable for the dismantling of the monument. According to him, the appeal of the head of the defense Ministry of Russia Sergey Shoigu to the Czech colleagues with the request to transfer the monument of the Russian Federation aimed at the wrong office because the monument is not a war grave and is owned by the municipal authorities of Prague. At the same time the Czech Republic is ready to start dialogue with Russia on the transfer of the monument.

“In the agreement of 1993 has not indicated that this monument may stand only on the square in Prague and nowhere else. But as in the contract from 1993, stated explicitly, so it is the obligation of both parties not to interfere in the internal Affairs of each other. In any case, it is possible to move statues to Russia should be our decision,” he said, adding that the scandal around the monument will have a negative impact on relations of both countries. “At the same time convinced that the historical issues concerning First and Second world wars should not drive a wedge between our countries”, – said the Minister.

“Yes, we remain controversial topics, such as the repression against the Czech and Slovak citizens after the war. But let these questions do historians. We support these discussions, for example, in the framework established in 2018 Czech-Russian discussion forum. Our citizens pay me for something that I dealt with the future of the country and was built with Russia a mutually beneficial relationship, not to raise an old debate,” said Peter.

In late April, the Czech magazine Respekt reported that the citizen of the Russian Federation, who arrived about three weeks ago with a Russian diplomatic passport to Prague, was discovered the poison ricin, which could be intended for the mayor of Prague Zdenek Griba, the mayor of the district Prague 6 and ondřej Kolář mayor of the district of Reporyje Pavel Novotny as a “response” to the demolition of the monument to Marshal Konev and the renaming of the square in front of the Russian Embassy in the area of Boris Nemtsov.

The Ministry of foreign Affairs of the Czech Republic confirmed that about a month ago in Prague he returned accredited at the Russian Embassy diplomat, who met at the airport, but details have not specified. Czech Prime Minister Andrew Babish announced that this fact increases the tension in relations between the two countries, although not yet require such radical measures as the expulsion from the Czech Republic, the Russian Ambassador.

In response to these accusations from Moscow, they made a number of denials. Press Secretary of the President Dmitry Peskov and the representative of the Russian foreign Ministry Maria Zakharova said that the message of the Czech mass media similar to fake. Zakharova called information Czech media another irritant in the bilateral relations, noting that Moscow does not want to aggravate relations with the Czech Republic.

Peter Tomas, meanwhile, indicated that Russia is still not resolved the issue of renewal of monuments of Czechoslovak legionaries: according to him, Prague was several times asked about the repair and restoration of the graves, but have not received a positive response.

The head of the Czech foreign Ministry said that Prague and Moscow have great potential for trade and investment partnership, and the Czech party hopes to strengthen cooperation, including at the expense of young people coming for training. However, without “reciprocity” on the part of Russia to promote this dialogue will be difficult. Worsens the situation and far from ideal business climate, as well as problems with the observance of the rule of law. Moreover, last year’s crisis involving the supply of dirty oil through the pipeline “Druzhba”, undermined the credibility of Europe to Russia as a responsible and reliable energy supplier.

Peter also appreciated the prospects of resumption of air communication with Russia. In his opinion, it is possible not earlier than in a few months. First, the Czech Republic is going to resume travel of citizens to neighboring countries and States that have successfully coped with the first stage of the pandemic, including Slovakia and Austria, after which you can resume visits to countries most affected by the coronavirus. To the last he took Italy, USA and Russia. First, the borders will be open for business, then to travel for family reasons and then for tourists, the Minister said. According to him, the Czech diplomatic mission in Russia will start issuing visas in accordance with the epidemiological situation.

The Czech Republic became the first European country who opened the border after the start of the pandemic. Citizens can travel abroad even on vacation, but when you return they will have to go to a two-week quarantine, or to provide a certificate about the absence of in their body COVID-19. The document will be valid for no more than four days from the date of delivery of the analysis.

In addition, on 24 April, the Czech government lifted restrictions on free movement in the country and allowed the groups to 10 people to gather in public places. C 7 APR Czech citizens can exercise outdoors and not to use medical masks, however, a requirement is to observe social distance in public places, which is not less than 2 metres. In addition, will operate the hardware store and some workshops, as well as point of selling goods for a hobby.