Epidemic covid could not be. If the world health organization in time listened to the two alarm bells in different parts of the Earth, the scientific medical community would be in stock for at least 5 years to develop a vaccine against coronavirus. It is the opinion of academician Ershov Felix, who has worked in the field of Virology for over 60 years. He shared with the “MK”, and at the same time told how Russia should get out of the protracted “quarantine”. 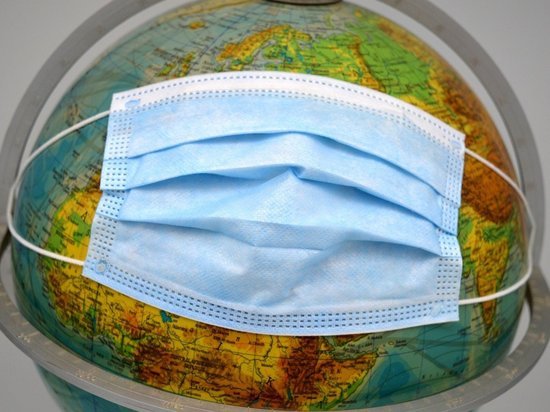 — Felix Ivanovich, what do you think, when I broke out the thunder, and it was necessary “to prepare the straw” to Сovide took over the planet?

— At the beginning of XXI century the mankind has received two serious warnings and world health care should not have reacted to them. In 2002, the world scared of SARS caused by coronavirus – SARS CoV Then contracted 8437 people, of them died – 813, which amounted to 9%. In 2015 once again showed the MERS coronavirus is the cause of the middle East respiratory syndrome. Has infected about 2,500 people, killed about 900, which amounted to 36%. This was the “first” and “second” thunders.

— The number of infected then it was small.

Seriously — that’s why the coronavirus has not been received. Despite the severity of these diseases is very high, especially in the second case, mortality. For the development of vaccines and antiviral drugs to be taken did not. And the time for this (17 years!) was more than enough.

— I heard that scientists from Cornell University in the US came to the conclusion that the coronavirus SARS-CoV-2, are the cause of the disease COVID-19, spreads rapidly between people because of the fact that combines the genomes of different properties are already known coronaviruses.

— All right. Microbiologists compared the structure of the novel coronavirus to other coronaviruses, and found that 96% of its genomic sequence match to the genome of SARS-CoV-1 — the SARS virus. While it has features of a benign human coronavirus HCoV-HKU1. You see? If we had a vaccine for SARS, we would not have paid attention to covid.

– We need now to start from today’s realities. In your opinion, when and how to end our isolation?

— There was a very contradictory situation. On the one hand, we have to get out of isolation, and the number of people infected is still a lot of infection has not yet ended. And in Russia almost only in Moscow it happened. Here more than half of all infected and dead! In Siberia, for example, is much calmer. The mistake is to say that it is necessary to abolish controls, because then we can trigger a second wave of the epidemic. And error to maintain the status quo, because the economy can’t stand it. The most sensible way suggested, in my opinion, the chief sanitary doctor of Russia Anna Popova: carefully and gradually lift the restrictions, keeping in the minds of people that the threat is still not over. No country, not an example for us, and we for anybody too.

– In your opinion, panic is overblown or justified?

— Kind of funny that this humble group of viruses equated to the plague. Coronavirus – such a child compared to malaria and tuberculosis. But the alarm will continue to be, because treatment of even mild forms of the disease is long and expensive. And the people are in fact not scared because the mortality rate is low. That walk all. Quarantine was turned into a vacation. I call it “the third scenario”: first — negative as in Italy and the USA, where most morbidity and mortality, the second is optimistic, as in China, Korea, where emergency has taken strong measures and has received good effect. And we have a third way with a high incidence ( 5th place in the World since yesterday!) in combination with relatively low mortality.

— What we may not know about “cowed”? Only recently it became known that it affects not only the lungs but also the gastrointestinal tract (if ingested through the stomach) and Central nervous system. Some infected developed even schizophrenia.

– It is casuistry. In General, exacerbation of chronic somatic diseases accompanied by a viral infection. It is well known that the virus causes and triggers the development of somatic pathology where there are prerequisites. Not at all aching later have problems with health. As for schizophrenia, I would not scare people and not to focus attention on this. Remember how 50 years ago, one of our little “crazy” scientist discovered the virus that causes schizophrenia. He considered this discovery of the century. “Discovery” is not approved, and evil tongues say that, apparently, he the virus is sucked from the finger, and is a unique, one-of-a-kind personal virus, which should be called by the name of the author.

– Why people with the second group of blood most often suffer from covid-19?

– We studied the interferon system in humans with different blood groups in the 70-80-ies. Interferon is the primary, as now proven, the system of innate defense against virus. As it turned out, the person with the second group of blood have the deficiency of the interferon system, equal to about 40%. Don’t want to scare anyone, but people with the second blood group on statistics do often catch cold and get sick. Here is the coronavirus is also “attached” to the second group of blood is less protected against other respiratory.

— Now the people with the second group of blood together started…

— I want to say again that coronaviruses are not something exceptional among the thousands of other pathogenic viruses. Just the health of the world and science was not ready to meet with them, and now we are reaping the bitter fruits of carelessness and lack of foresight. Believe me, it will be over soon. Another 2-3 weeks and we will see a sharp drop in the morbidity rate.