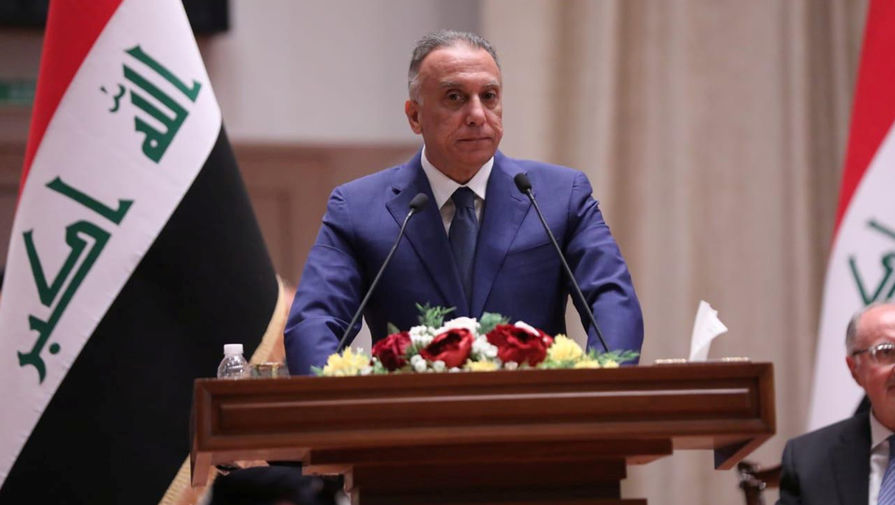 The Iraqi Parliament approved the Cabinet of Ministers Prime Minister Mustafa al-Kazemi, thus completing nearly six-month political crisis. No vote of confidence there are only five candidates, including a new foreign Minister. The choice of al-Kazemi has already approved the United States and Iran, which is actively struggling for influence in the Republic.

The Iraqi Parliament approved the composition of the government of the new Prime Minister, the head of the N. I. Mustafa al-Kazemi. The vote of confidence received almost all of the proposed Ministers, deputies refused to support only the candidates of the heads of the Ministry of trade, agriculture and migration.

According to the Agency INA, MPs also postponed a vote on the appointment of Minister of oil and Minister of foreign Affairs of Iraq, approval of candidates are still unknown.

As a whole, the formation of the Cabinet is successful.

Speaking before Parliament as the new Prime Minister, al-Kazemi promised together with the government to win the trust of the people of Iraq. According to him, he was grateful to the deputies for their support.

“I hope all political forces will unite to cope with serious challenges. The sovereignty of Iraq, its security, stability and prosperity — this is our way,” added the Prime Minister.

According to the government program al-Kazemi, his main tasks will be to start organizing early elections, the improvement of the economic situation, the strengthening of security and the fight against corruption.

These provisions take into account most of the demands of anti-government protests that erupted in Iraq last fall.

The activists demanded the change of government, eliminate corruption, end foreign intervention in the politics of the country and improvement of living conditions.

The result is the accompanying protests clashes and riots, according to official figures, killed more than 600 people, injured about 50 thousand. The demonstrations eventually led to the resignation of Prime Minister Adil Abdul-Mahdi, who performed his duties until the appointment of al-Kazemi.

The search for a new Prime Minister able to form a Cabinet, took more than five months. In addition to al-Kazemi, two other presidential candidates tried to create a government — former communications Minister Tawfiq of Alawi and member of the coalition, “al-NARS” Adnan al-Zurfi. Their attempts were not crowned with success, and al-Sufri did not even wait for the end of its mandate on formation of the Cabinet, ahead of rejecting the opportunity.

As the Deputy spoke, he did not attempt to form a Cabinet to avoid a split in the country. AZ-Sufri emphasized that a number of “internal and external factors” did not allow him to start creating a government.

With regard to internal problems, when the formation of the Cabinet, the MP from the coalition “al-NARS” faced with the necessity of obtaining approval from the Kurdish, Sunni and Shiite forces. However, he did not succeed, the largest Shiite coalition, Fatah rejected the nomination, and then the Pro-Iranian group “Asaib AHL al-Haq” made against al-Sufri, calling it “the American clown.”

Similar problems have arisen from the new Prime Minister al-Kazemi, but his appointment and the approval of the greater part of the composition of the Cabinet suggests that he managed to find compromise in negotiations with the political forces of Iraq.

External pressures on the country and the candidates for Prime Minister, also known. Influence in Iraq have the United States and Iran, and their confrontation almost led to open confrontation in the past year.

Washington and Tehran to some extent had a hand in anti-government protests in Iraq.

The US administration indirectly supported the protesters who held anti-Iranian course. This was due to the fact that austerity measures of the government of Iraq against activists has been agreed, in coordination with Iran.

However, in the beginning of 2020, the situation changed dramatically after the elimination of Iranian General Qassem Soleimani American soldiers in Baghdad airport. The death of the commander of the Islamic revolutionary guard Corps wrapped the protesters against the United States, prompting several attacks on the American Embassy in Iraq.

Subsequently, the Iraqi government demanded the withdrawal of all foreign troops from the territory of the country, thereby weakening Washington’s position and increasing the influence of Tehran. However, the us military still haven’t left Iraq, and the White house continues to call on the government to abandon the “adverse decisions”.

New Prime Minister al — Kazemi — have to deal with this situation. In General, his appointment has already received approval from both sides. U.S. Secretary of state Mike Pompeo welcomed the formation of the Cabinet in Iraq and as a sign of support extended to 120 days permission for the import of electricity from Iran.

According to The Guardian, the appointment of al-Kazemi also had a positive Outlook in Tehran. The newspaper’s sources in the Iraqi government indicate that the new Cabinet is acceptable for Iran.

However, the influence of foreign players not the only problem al-Kazemi. The Prime Minister will have to find a way out of an economic crisis that was the root cause of the protests.

The situation is also compounded by the pandemic of coronavirus. According to recent reports in Iraq revealed nearly 2.5 thousand cases of infection, including 102 lethal.

To combat the epidemic, the government introduced strict measures, in particular, the curfew throughout the country. Limitations only worsen the economic situation, and so that is not in the best shape, and adds negativity to the collapse of the oil market.

In addition, the government’s decision on the withdrawal of foreign troops from Iraq was a threat to the recovery of the positions of terrorists in the country. As he wrote to local media, the number of active anti-terrorist operations is gradually reduced due to the suspension of cooperation between the international coalition.

Thus, al-Kazemi came to power in a rather difficult period for Iraq from its decisions will depend on whether the country will emerge from the crisis and avoid new unrest. The continued confrontation between the U.S. and Iran may hinder the efforts of the government, and while there are no prerequisites for the reduction of tensions there.