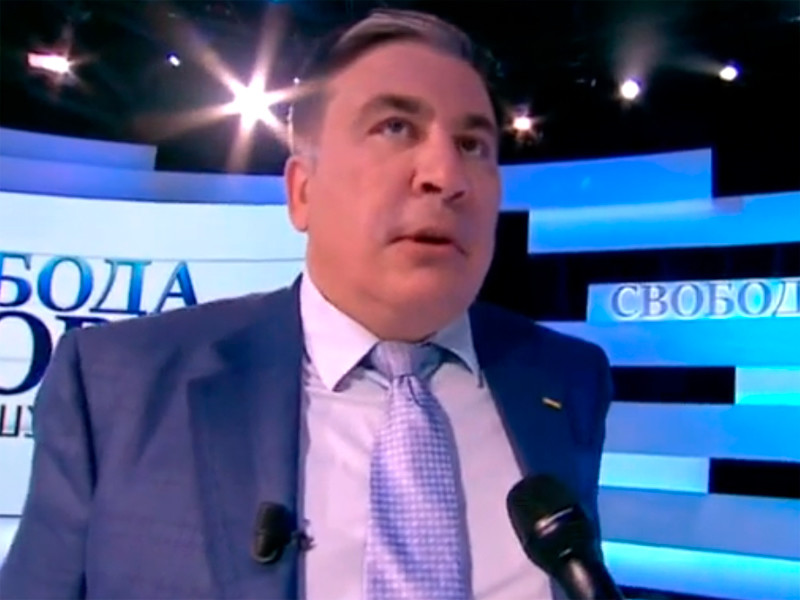 A Deputy President appointed by the President of the holding Internet Invest Group, Internet companies Imena.ua Mirohost and Alexander Olshansky.

Vladimir Zelensky said that he pins great hopes on Saakashvili. “I believe that he will be able to give impetus to the National reform Council will assist in the implementation of important changes in the life of the country”, – said the head of state.

The national Council of reforms was established in August 2014, the previous President of Ukraine Petro Poroshenko was supposed to be a consultative body that deals with strategic planning of state policy reform and its implementation. Head of the Council is the President of Ukraine, it also forms the personal composition of this body.

Based on the information on the website of the President of Ukraine, during its existence, the national reform Council held 28 meetings, all under the presidency of Petro Poroshenko, the latest was held in March 2018.

Special resonance in the Ukrainian society the activities of the Council reform has not acquired. Its most famous meeting took place in December 2015: it is a showdown between the then Governor of the Odessa region Mikhail Saakashvili and Minister of internal Affairs Arsen Avakov has grown into a public squabble with dousing each other with water from cups. Apparently, both policies will be included in the reform Council now, said “Russian service of BBC”.

Previously Saakashvili in Kiev for the post of Deputy Prime Minister for reforms, but after protests, the official Tbilisi has refused this idea. In particular, Georgia has threatened to withdraw its Ambassador from Kiev in case of Saakashvili’s appointment to this position. The ex-President of Georgia reported that the Vice Prime Minister of Ukraine, he was offered personally by Vladimir Zelensky, reports “Interfax”.

According to the ex-President of Georgia, Zelensky was going to entrust him with the coordination of the negotiations of Kiev with the International monetary Fund, and to make it the curator of deregulation – reducing the tax burden and facilitate conditions for small and medium-sized businesses.

Completely different estimate of Mikhail Saakashvili, the current Georgian authorities. “Mikhail Saakashvili is a politician of the past, and it will not create positive results neither in Georgia nor in Ukraine”, – said the adviser to the Prime Minister of Georgia, Irakli Chikovani. He expressed regret that “generally deals with the political complicity of Saakashvili in the process of government”, RIA “Novosti”.

According to Chikovani, Saakashvili “sentenced in Georgia for serious crimes” in connection with which Tbilisi has appealed to Kiev with a request for his extradition. “We will wait for developments and Express an appropriate response,” – concluded holiday about the possible appointment of Saakashvili to the post of the Ukrainian state.

Vice-speaker of the Georgian Parliament, Gia Volsky considers that Saakashvili’s appointment to any senior position in Ukraine can bring Ukrainian government and the President are in serious trouble.

“All that left us with Saakashvili, Georgia is shattered, half of the poor population, zero social package, the destroyed villages, people with lost health and property. To talk about the role that can play Saakashvili, it is the prerogative of experts. Ukraine is not one problem, but what is the result brought Saakashvili of Georgia, is an example of despotic and personal rule. Saakashvili may become tomorrow for Ukraine and for President Zelensky serious problem,” – said Gia Volski at the broadcasting company “Imedi.”

Biography of the Georgian reformer

Mikheil Saakashvili born December 21, 1967 in Tbilisi. According to some media reports, in 1988, he was expelled from the Komsomol and expelled from the Kiev Institute of international relations for the spread of dissident literature. After passing in 1989-1990 military service in the border troops of the USSR was restored in the Institute and in 1992 graduated from the faculty of international law, said in a biography policy on the website “Caucasian knot”.

In 1993, Saakashvili worked as a lawyer and consultant at the state Committee of Georgia on the protection of human rights. At the end of the same year he became a fellow of the U.S. Congress and was sent to study in Columbia University (new York), where he received a master’s degree in law. Then Saakashvili took courses at the International Institute of human rights in Strasbourg, the Florentine Academy of law and Hague Academy of international law. He speaks English, French, Russian, Ukrainian and Spanish.

In 1995 Saakashvili returned to Georgia and was elected to the Georgian Parliament from the party “Union of citizens of Georgia”, headed by his friend, Zurab Zhvania. After a year, Saakashvili took the post of Chairman of the parliamentary Committee on constitutional and legal issues.

In August 1998 Saakashvili, head of the parliamentary faction “Union of citizens of Georgia”, supported at the time of President Eduard Shevardnadze. In 1999, Saakashvili was again elected to Parliament, and since January 2000, he became the representative of Georgia to the PACE.

In October 2000, Saakashvili was appointed Minister of justice of Georgia. In this position, he tried to introduce mandatory drug testing for officers, he publicly donated blood for analysis. The Minister also advocated the confiscation of property of public servants, if they can not prove the legality of its origin.

In September 2001, Saakashvili resigned, accusing the President and members of government corruption. In the same year he was elected a Deputy of the city Assembly of Tbilisi.

In 2002, Saakashvili has created an opposition political organization “National movement”. In June of the same year became Chairman of the Tbilisi city Assembly.

After the parliamentary elections of 2 November 2003, Mikheil Saakashvili together with Zurab Zhvania and Parliament speaker Nino Burjanadze was one of the initiators of mass protests against the Shevardnadze regime. The opposition accused the authorities of rigging the election and demanded the government’s resignation and new elections. Protests 20-23 November 2003 ended in a bloodless change of power (so-called “rose revolution”).

In 2004 and 2013, Saakashvili held a post of the President of Georgia. In this position, he initiated extensive reforms in the country, the main principles of which were de-bureaucratization, liberalization and privatization. In particular, was drastically simplified the procedure for citizens ‘ appeals to authorities (obtaining certificates, registration of property documents and passport). The number of taxes was reduced from 22 to 6, and the taxes are significantly simplified. Import tariffs are only three: 0 % – for most products, 5% or 12 % on food and building materials.

Since 2004, the government sold off a large part of his possessions: land, hotels, industrial and infrastructure facilities.

However, in Georgia, accumulated socio-economic problems and growing discontent with the reformist President. 27 Oct 2013 the victory in the presidential election was won by the candidate of the coalition “Georgian dream” Giorgi Margvelashvili, who scored 62,12% of the vote. The evening of October 28, Saakashvili spoke before the citizens of Georgia with a farewell televised address, in which, in particular, said that 10 years ago, he along with his people “began a journey into the future not promised that the path will be able to get through to the end.” “It was a fascinating journey, and that future has come today. And it belongs to you,” said Saakashvili.

On the same day, Saakashvili left Georgia, he went to Belgium to meet with European leaders in Brussels. In December 2013, he returned to Georgia and taught at the American School of law and diplomacy of a name of Fletcher at tufts University.

In 2014, the General Prosecutor’s office of Georgia in absentia brought Saakashvili charges in cases of abuse of power, embezzlement of budget funds, the dispersal of the opposition rally in November 2007, the pogrom at the Imedi TV company, the taking of property from billionaire Badri Patarkatsishvili, in connection with the beating of MP Valery Gelashvili, and in the case of the murder of banker Sandro Girgvliani.

August 2, 2014, the court in absentia arrested the former President. Saakashvili called the prosecution exclusively political and excited at the direction the ex-Prime Minister of Georgia, leader of the ruling coalition “Georgian dream” Bidzina Ivanishvili, which, in his opinion, is Russia.

In the end, the President of Ukraine Petro Poroshenko appointed Saakashvili, head of the Odessa region and granted him citizenship in may 2015. However, almost immediately after that, the Governor began the conflict with representatives of the Central government in Kiev, which resulted in direct accusations Poroshenko in the patronage of corruption.

As a result, in may 2017, Saakashvili resigned from the post of head of the region, saying the establishment of the party “Movement new strength” and willingness to participate actively in the political life of Ukraine as an opponent of the current government. However, two months later, in July 2017, when Saakashvili was abroad, Petro Poroshenko was deprived of his citizenship.

Despite this, in September 2017 Saakashvili with the support of his associates managed to break into the territory of Ukraine and tried through the courts to obtain the status of a citizen who needs protection. His supporters began in Kiev, a campaign of protests demanding the resignation of President Poroshenko and the return of citizenship Saakashvili. However, Ukrainian courts rejected his petition.

In February 2018 Saakashvili, was detained in Kiev and deported to Poland. To not having the time nor the Georgian nor Ukrainian citizenship, he received a residence permit in the Netherlands, a subject which is his wife. In Georgia, Saakashvili was sentenced in absentia to three years in prison on charges of illegal actions during his tenure as President from 2004 to 2013. In may of last year Vladimir Zelensky annulled the decision of his predecessor and brought Saakashvili and Ukrainian citizenship.