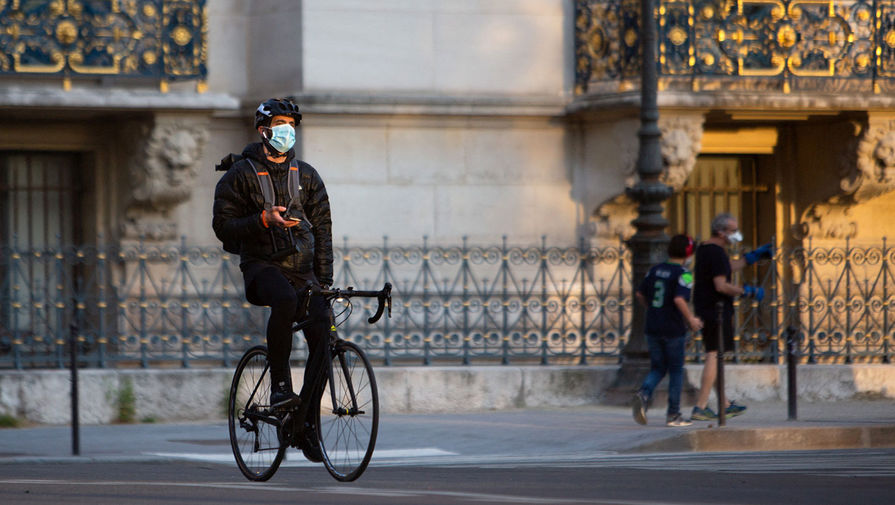 Governments around the world gradually removing the hard restrictions imposed to combat the pandemic coronavirus. A path out of the crisis, each country develops its own, even in the European Union instead of the expected synchronization state independently develop their own solutions. Models of different countries are often binding only focusing on the epidemiological situation and the gradual lifting of restrictions. As the international community returns to normal — a review “Газеты.Ru”.

Pandemic coronavirus was hit hard not only by the EU but also to the reputation of the Association. Severe restrictions to combat the epidemic, the state had imposed without coordination with its partners, created some difficulties in dealing with crisis situations. In particular, the Italian authorities have accused their allies in the lack of assistance and pointed out problems with the “European solidarity”.

In particular, questions arose to the EU governing bodies, who were unable to coordinate an Association for a common response to the pandemic of abandoned call. In fairness it should be noted that

General health system in the EU is not, so that the background of the epidemic in Brussels do not have the tools necessary for rapid response.

However, when most of the countries of the Union began to get closer to the peak incidence, there was a question about the lifting of restrictions, and then the Commission tried to synchronize the actions of the member States, presenting them with a phased plan to resolve the crisis.

However, the attempt to take control of this process was not successful, and the country, as in the beginning of the pandemic, has independently developed the required models for the abolition of restrictive measures and economic recovery.

One of the first on the limitations dared Austria, starting April 14, the country earned small stores, and from may 1 opened major outlets and businesses. The following steps assume that the opening of restaurants and religious sites from mid-may.

At the end of June, the Austrian authorities hope to lift the ban on mass gatherings, but the meetings are allowed only up to 10 people.

Thus, Austria has set a trend on the way out from the crisis in Europe, but to copy its model to other States did not. In particular, in Belgium first opened garden centers and stores “do it yourself”, may 4, has earned a number of outlets for the sale of fabrics together with some companies.

While visiting friends and relatives will be available to the Belgians from the 10th of may, and the next day have to earn all the shops. If the Austrian school began partially open at the beginning of the last month of the spring, Belgium is ready to go for this step only since may 18. A mass event may be permitted only in September.

By the time Belgium will open schools in the Czech Republic will operate the restaurants along with cafés and bars. All the major stores and do become available to residents at the end of April.

On may 11, Czech authorities are going to allow events with up to 100 people. In addition, Czech Republic has become one of the few EU countries that allowed its citizens to travel abroad.

In turn, France is hoping to go to the opening of schools and shops outside of the shopping centers on may 11, the same day will be available to libraries and museums. Next people will be allowed to leave the house without a special permit, but the meetings will be limited to the number of 10 people. However, to open the whole country is not at the same time in the regions with high incidence of mitigation measures will be done later, after the normalization of the situation.

At the same time, in neighboring Germany already opened all the stores, although there is also some separation within the state. The head of the Federal lands is entitled to decide to cancel or restrict, by coordinating them with the government. The opening of stores in Germany does not mean the abolition of social restrictions and mask mode in public places and transport until at least the beginning of summer is, in General, applicable to all European countries.

Heavily devastated by the virus Italy is also included in a number of countries started a gradual exit from the crisis. A number of small shops opened in the country in mid-April, and from may 4 started a phased restoration of factories, construction sites and companies. All outlets will be launched at the end of the month, and restaurants with hairdressing will open its doors to customers on 1 June. Regarding schools, the Italian authorities optimistic forecasts do not give — study will resume in the autumn.

Joined the list, and Spain. An indispensable economic activity in the industrial and construction sectors was resolved in April, is still part of the companies resumed work on may 4. Then residents were allowed to play sports. However, there is power on the French model divided the country, taking into account the epidemiological situation and remove restrictions consistently.

Overall, may is a key month for most EU member States, who decided on the lifting of quarantine measures. Possible deterioration of the situation will lead to the restoration of restrictions, so Europeans call for awareness is one of the factors that truly unites all the EU member States.

A list of common solutions can be combined with uncertainty surrounding the opening of the borders to its neighbors. Here exceptions are Lithuania, Latvia and Estonia — since may 15, they expect to abolish the travel restrictions for its citizens, with the condition of passing two-week quarantine. In addition, most European countries adhere to the save mask mode and work on creating a system to track people contact with infected.

In addition to the internal borders, the external borders of the Association to which as yet no answer. Perhaps it is this aspect still to be agreed jointly with the authorities of the European Union.

Apart from Europe, to the exit from the crisis wants to start the most affected by the virus country — the United States. The American leader Donald trump promoting the idea of the removal of restrictions since April, and 1.3 million diagnosed cases of coronavirus’t stop him.

Washington’s plan includes three phases: the first involves opening playgrounds, gyms and some other public places subject to social distance. But without a meeting of more than 10 people, and not just for at risk people.

The second stage consists of opening restaurants and bars with full freedom of movement for Americans to gather will allow up to 50 people, but the ban for at-risk populations will be maintained. The third part of the plan involves the removal of the greater part of the remaining restrictions and tolerance of people from groups at risk on the streets, observing atdistance.

However, this plan of the White house, but to decide how to get out of the restrictive measures going directly to the governors of the States, they are already preparing their own plans. Currently, the approximate date of the beginning of the “recovery” of the US is unknown, as epidemiological situation leaves much to be desired.

By the way, snapping out of the crisis to the decisions of the governors in part unites Washington and Moscow, as in Russia, the responsibility for removing tough measures falls on the shoulders of heads of regions. Russian governors will have to operate in tight coordination with the government and make decisions on the basis of the epidemiological situation.

The plan for the removal of restrictions in Russia was presented by the CPS, it also consists of three stages. The first will be allowed to walk with the kids, playing sports outside, as well as the resumption of work of objects of trade and services in a limited area.

The second makes walking not only with children but also with family members. In addition, open educational institutions and retail outlets over a large area. The third stage of Russia’s withdrawal from self-isolation gives access to the gardens and parks — but all part of the plan imply strict adherence to the social distance between citizens.

The first cautious advances in the removal of restrictions in Russia had been observed. In particular, in Moscow may 12, is expected to resume the work of enterprises and construction sites, although the isolation regime for citizens extended to the end of the month.

The beginning of a gradual exit from the crisis is caused by a virus connected to other States. The Malaysians have already come to work in the country open restaurants and shops, and even public transport has resumed its work. Since may, the government lifted the ban on movement within the country and outside it — while the restrictions remain with respect to events.

A positive trend is observed in India, where the government started to withdraw austerity measures in the so-called “green zones”. The regions with the fewest cases of the coronavirus to open stores, including repeals the ban on the sale of alcohol. Since may 4 allowed collection of up to 50 people, but residents still call on partly to comply with the lockdown, in order to avoid a sharp rise in the incidence.

In this case, while India began to make cautious steps to the exit from the crisis, Lebanon had already begun the second stage of the open Republic. The country earned Barber shops and salons selling cars in the capital has lifted restrictions on walking in the daytime. However, the requirement to carry protective masks, wearing of gloves and the observance of social distance was preserved.

At the same time, Israel ceased to apply the prohibition to leave the house for no reason, was also removed restrictions on the conduct prayers in the open space farther than 500 m from the house — although a ban on gatherings of more than 19 people remained in force.

The authorities allowed citizens to go to the beach for sports, opened the reserves and national parks. With the obligatory safety precautions resumed shopping malls, markets and heritage sites.

However, to say that the whole world is ready to the withdrawal restrictions imposed to combat the pandemic, it is not necessary. In particular, Japan is lifting the measures has prolonged action of the emergency until 31 may, but the authorities do not exclude its early completion with the normalization of the epidemiological situation.

The majority of the world’s countries, with rare exceptions, postpones indefinitely a decision on the opening of its external borders. Thus the full return the world to normalcy while is postponed indefinitely.