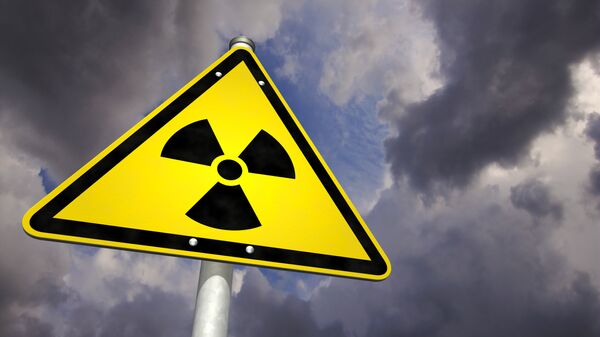 Physics of the Ural Federal University have developed new materials that can be used as detectors of ionizing radiation in a wide dose range. This will allow you to create precision instruments for personal dosimetry and control of industrial processes. The results were published in the journal Nuclear Instruments and Methods in Physics Research Section B: Beam Interactions with Materials and Atoms (article 1, article 2).

Traditionally, the basic substance used for detectors grown from the melt single crystals of aluminum oxide Al2O3. The compound has a high sensitivity and with high precision detects ionizing radiation in the range of low doses up to 4-10 grey. It is deadly dangerous to human dose, and single crystals of aluminum oxide can be used for personal dosimetry and environmental monitoring.

With the development of science and technology the sources and effects of ionizing radiation become stronger, there is a need for detectors able to record and monitor the dose capacity of 100 and even 1000 grey — for example, in the field of nuclear medicine and the sterilization of medical devices, disinfection of food packaging, the cross-linking of polymers. An insufficient dose will not provide the desired effect, overdose will slow down the process: the weaker the beam of ionizing particles, the longer the accumulated dose.

Scientists from the Ural Federal University to create new materials able to cope with this problem. As a basis they use ceramics on the basis of nanostructured powder of aluminum oxide having high radiation stability they add impurities of different metals changing physical properties of the starting material. This physics process called doping.

“With doping, we create new structures, or the substituted atoms of aluminium, and by sintering in vacuum up to 1600 OS generated a deficit in oxygen so formed defective structures. The more defects the better: it jobs, traps that capture electrons during irradiation of material by the flow of ionizing particles. The subsequent gradual heating causes the electrons gain energy and come off, fly out of the traps. We register them and thus determine the radiation dose,” explains head of the research group, associate Professor of physical methods and quality control devices Institute of physics and technology Urfu Sergey Zvonarev.

Due to the heating during the liberation of the traps or the transition of electrons between energy levels there is an allocation of quanta of light, the illumination of different wavelengths — green, blue or red, depending on what the defect is filled and released. This phenomenon is called thermoluminescence. The task of changing various parameters of the synthesis the concentration of impurities, temperature and atmosphere of annealing is to obtain the material which gives the most intense luminescence.

Scientists have consistently dopisovali the powder of aluminum oxide of different metals — magnesium, manganese, Nickel, chromium, and others. In the end it turned out that the most pronounced characteristics, suitable for the manufacture of detectors in comparison with other substances have sodium and lanthanum. Adding these metals, the physicists were able to create compositions of ceramics for the registration of doses in the range from 10-1 to 300 grey.

“The use of sodium or lanthanum economical, with a range of doses of ionizing radiation much larger than that of pure Al2O3, and the intensity of luminescence is higher in comparison with other gopastami, more than an order of magnitude,” explains Sergey Zvonarev.

Detectors based on ceramic aluminium oxide represent a “pill” disks with a diameter of 10 millimeters are inserted into the dosimeters. Such detectors are reusable: after registration, the dosage, and the withdrawal indicators the detector is subjected to high temperature annealing “resets” and is again ready for further use.

The next stage of the project — industrial testing of detectors and the prototype applied dosimetric system based on them and launch serial production.