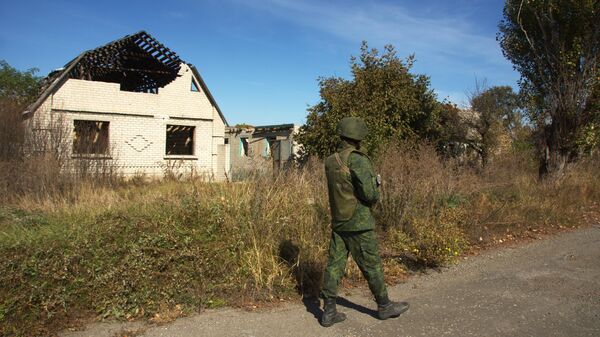 Ukrainian security forces once per day violated the ceasefire by firing at the territory of the breakaway Lugansk people’s Republic, told RIA news representative of the LC in the Joint center for control and coordination of ceasefire (SCCC).

According to the representation of the LC in the SCCC, may 9, the Ukrainian security forces four times broke the silence mode.

“May 10, by the armed forces of Ukraine recorded one attack,” – said the representative LNR.

He said that Ukrainian forces opened fire using mortars with caliber of 120 millimeters, controlled the country the settlement Berezovsky.

“Information about victims among civilians is specified”, added the Agency interlocutor.

The settlement of the situation in the Donbass is discussed, in particular, during meetings in Minsk the contact group, which from September 2014 adopted three documents regulating the steps to de-escalate the conflict. However, after the armistice agreements between the parties to the conflict continue shooting.