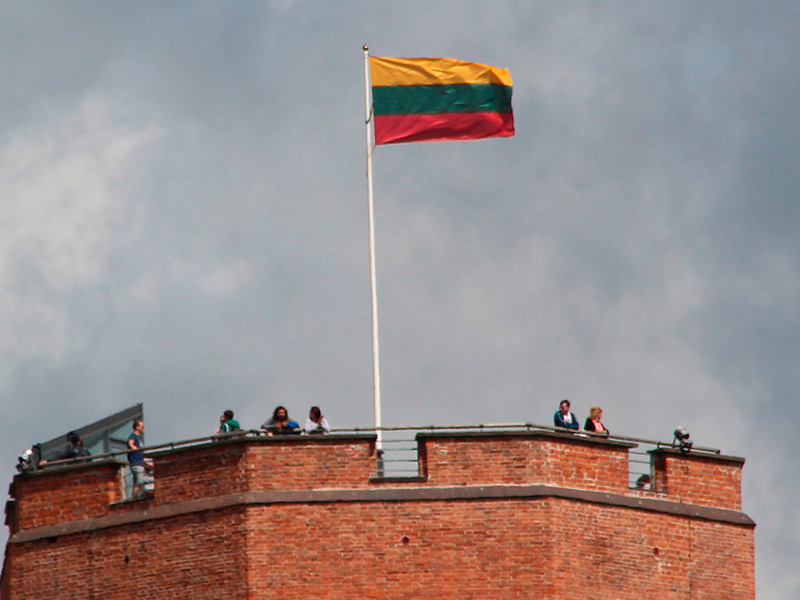 Two Lithuanian conservatives propose to add to the list of memorable dates in the country – to declare 17 September a Day of Soviet aggression against Europe. An appropriate amendment to the law was prepared by the deputies Laurynas Kasciunas and Audronius Azubalis, reports “Interfax”.

“The seventeenth of September in collusion with the Soviet Union under the Molotov-Ribbentrop Pact, Nazi Germany invaded Poland. It was an attack against Europe. This day will remind that then communism and the Nazis were on one side,” – said the BNS Kasciunas.

According to a member of the diet, “you should realize that in Europe there is no place for the celebration of Victory Day”. “When someone is trying to turn his own national holiday, it should very clearly recall that it was an attack against Europe, and created the conditions for the Nazis began hosting in Europe” – said Laurynas Kasciunas.

The opposition conservatives want to draw the attention of Lithuania and Europe, the peoples of the world and the public of Russia created by Moscow “contradictory historical narrative about the extremely positive role of the Soviet Union” during the Second world war.

If we analyze the modern assessment of the role of the USSR in the Second world war, we should pay attention to the ongoing Kremlin campaign of rehabilitation of the Molotov-Ribbentrop Pact, the authors of the initiative. “It is noteworthy that the signing of the Pact has effectively allowed Adolf Hitler to start a war”, – stated in the explanatory letter to the draft law.

On 23 August 1939 the Soviet Union and Nazi Germany signed the Molotov-Ribbentrop Pact and the secret protocols, on the basis of which before the war they divided among themselves the Eastern Europe. This agreement, in particular, provided for the partition of Poland between Germany and the Soviet Union. The Treaty gave the führer Adolf Hitler the belief that the time has come to start a war with the poles. On 1 September, the Wehrmacht crossed the border with Poland.

From the beginning of the Second world war the Soviet government supported the Germans, including the conduct of hostilities. On September 1, 1939, it provided the radio station in Minsk, as a special beacon for the guidance of German bombers over Warsaw and other Polish cities (gridded according to the finder), wrote the Agency Tut.by. And on September 17 the red army invaded Poland from the East, striking the rear of the fighting with the Germans, the poles. After the end of hostilities in Brest-Litovsk held a joint parade of the Wehrmacht divisions and the red army.

Friendship with Germany was a tactical concession from Stalin to Hitler, then tried to imagine Soviet propaganda. Both the dictator liked each other, and also has equally sought to the elimination of the Polish statehood.

The telegram to Hitler, in response to congratulations on your own 60th birthday in December 1939, Stalin wrote: “the Friendship of the peoples of Germany and the Soviet Union, sealed by blood, has every reason to be long and strong.”

The defeat of Poland by the Soviet authorities commented with undisguised glee, he said “Russian service of BBC”.

Speaking at the session of the Supreme Soviet on 31 October, the head of the Council of people’s Commissars (the government of the USSR) Vyacheslav Molotov was glad that “nothing is left of this ugly offspring of the Versailles Treaty”, referring to Poland.

Newspapers printed the cartoons, which portrayed a border post, a fallen army boots, and a sad teacher announcing to the class: “this, children, we finish the study of the history of the Polish state”.

When on 14 October in Paris was created by the Polish government in exile, led by Wladyslaw Sikorski, “the Truth” was answered by informational or analytical material, and the feuilleton: “the Territory of the new government be six rooms, bathroom and toilet. In comparison with the territory of Monaco looks boundless Empire.”

Only in 1989, during the Perestroika and in the conditions of deep socio-economic crisis, when the Soviet leadership began to actively seek the path of dialogue with the West and to take steps in democratization, the Congress of people’s deputies acknowledged the conclusion of the secret protocols to the Molotov-Ribbentrop Pact and condemned them, calling it “a tool of exerting pressure on other States.”

At the moment the Russian leadership, like the Soviet, began to justify the conclusion of an agreement with Nazi Germany, blaming such developments and the very “victim”, that is Poland. Commenting in December 2019 the secret protocols of the Pact and the subsequent partition of Poland, the President of the Russian Federation Vladimir Putin recalled that Poland itself he participated in the partition of Czechoslovakia, that is, “did the same thing.”

Soviet troops entered Poland in accordance with these arrangements, but it was after the Polish government lost control over its armed forces and territory and “itself was located near the Polish-Romanian border”, so then “there was no one to talk to,” explained the Russian leader. His words led “Interfax”.

He also opposed attempts to equate Stalinism with Nazi Germany. “As you like anathema Stalinism and totalitarianism in General, it will be deserved reproaches… but to equate the Soviet Union and Nazi Germany is the height of cynicism. People, therefore, do not know the history, read and write. Let them read the documents of that time,” he said.

What threatens bitcoin a new drop in the S&P 500 index?

Astronomers have uncovered the mysteries of the atmosphere of Jupiter

Russian doctors now know more about the coronavirus, he said

Leaders at altitude: what will happen to the ratings of politicians after coronavirus