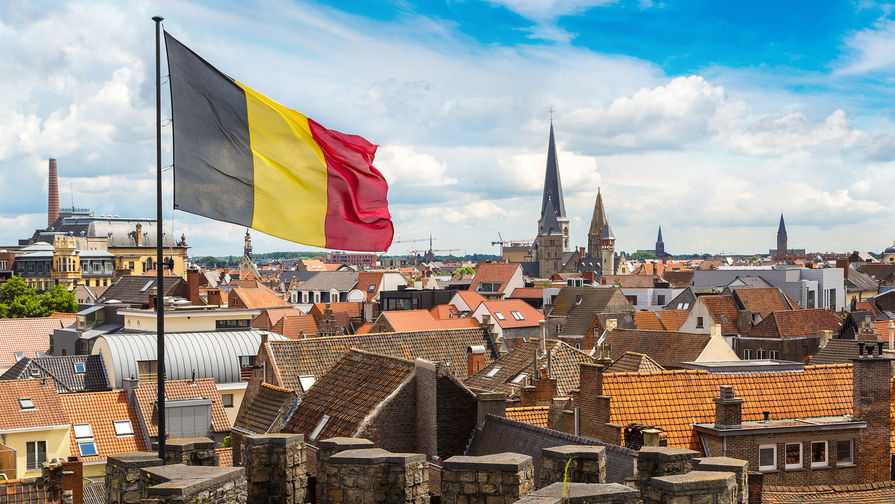 Although the South and North of Belgium put aside the controversy during a pandemic, the crisis caused by the coronavirus, has exacerbated the split between the parties. Now more economically developed North who voted in the last parliamentary elections for the Flemish nationalists, concerned that paying for the consequences of a pandemic and the economic recovery will have him. The crisis gave northerners the opportunity to renew calls for the creation of the Confederation.

In Belgium, the coronavirus pandemic has exacerbated the already filled with contradictions, the relations between Dutch-speaking northerners and French-speaking southerners — the cause of the dispute was the methods of release from quarantine and recovery.

Traditionally, the richer Flemish North is concerned that paying for the removal of restrictive measures it will have him.

Theo Franken, one of the members of the leadership of the nationalist “New Flemish Alliance”, said earlier that the extension of remote operation will exacerbate the rift with Brussels. “Maybe we should let that happen. Yet, Belgium”, — the politician wrote in his Twitter.

The representative of the “New Flemish Alliance” Peter De Ruwer, answering the question of who will pay for the quarantine, directly stated — the Flemish North.

“We are talking about who gets paid and who writes the check for the money — added De Ruwer. In recent weeks, the Flemish government insisted on restarting the economy, while the left was more cautious. It’s not a coincidence. Employment in the private sector in Flanders. If we start to tax the rich to support the idle, it will be an additional transfer from the North to the South.”

Demonstration of the polarization between the South and the North were the results of the elections to the Federal Parliament of Belgium in may last year. French-speaking regions voted for the left and extreme left, and the Flemish North have chosen nationalists advocating the necessity of a Confederation.

In the 150-seat lower house’s 25 seats went to the deputies of the “New Flemish Alliance”, and another 18 seats were won by extreme right-wing of the “Flemish interest”. They are all economically developed North of the country.

The South of the country, Wallonia, voted for the left: the socialists won 20 seats, while the extreme left of the “Party of labour of Belgium” — 12.

To agree on the formation of a government of nationalists and socialists have been unable, however, to cope with a pandemic all put on the backburner differences and formed an interim government headed by Prime Minister Sophie Wilmes.

Now they intend to raise the question of whether Belgium, in its present form, to cope with the crisis caused by a coronavirus.

Brussels has already started the first phase of the lifting of the quarantine, however, an old controversy right now are the most dangerous.

“On the contrary, during this crisis between the party leaders was not trust,” Politico quoted the words of the source in the government.

Coronavirus pandemic exposed gaps in the state system. The health system is divided between the Federal and regional governments, which has only complicated the regulation of even the most simple questions. This problem is indicated by the nationalists, which makes it relevant to their call for the establishment of the Confederation.

“The separation of powers in Belgium is Ratatouille, stated in the Parliament the representative of the “New Flemish Alliance” Peter De Ruwer. — This leads to inefficiency, for example, to the various Ministers responsible for the supply of protective masks. This crisis has confirmed what we have been saying for years: the structure of this country is too complex”.

North and South have argued about how to cope with the crisis at the beginning of the pandemic. The latter was urged to follow the example of France — to impose strict quarantine as early as possible. The northerners, whose economy is more than twice the economy of Wallonia, didn’t want to rush.

The leader of the “New Flemish Alliance” Bart de wever calls the government of Belgium “disabled”.

“This country is very complex, with its fragmented powers — he declared a national TV show. — Let’s use the crisis of the coronavirus to create new Belgium. Belgium 2.0”.

The South, however, sees no point in creating a Confederation that, in the opinion of socialists, will only exacerbate the emerging split.

However, parties may need to agree — the other way out of the growing crisis there. New elections are dangerous for the “New Flemish Alliance”, a serious competition in the last election was the extreme right of the “Flemish interest”.

However, the socialists are unlikely to make concessions on such an important issue as the state system.

The differences between the parties have caused even the most petty issues. Recently, the South and North were fighting over allocation of the main road in the centre of Brussels under a Bicycle lane. For Theo Franken this was the reason for the statement that the country is falling apart.

He argued that a cycle lane discriminated against 300 thousand inhabitants of Flanders, who travel to Brussels by car on a daily basis. Franken said that the cycle lane will exacerbate the gap between Flanders and Brussels.