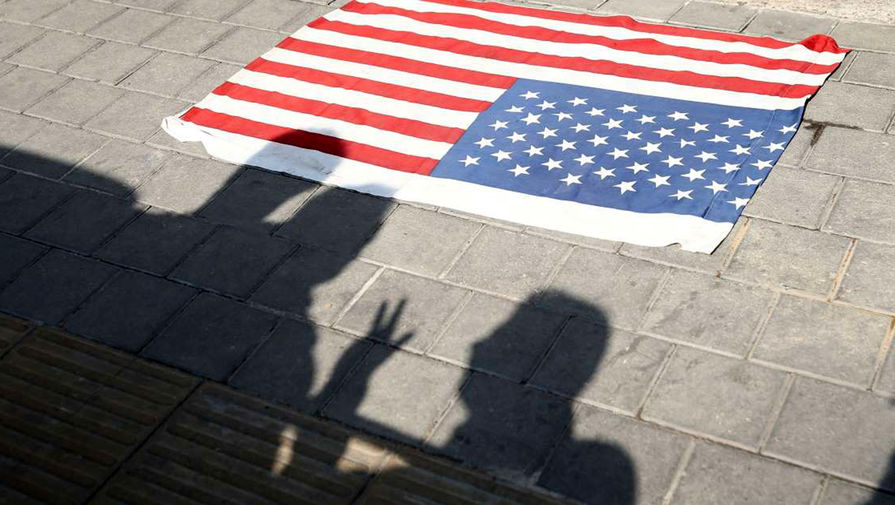 Despite the growing tension between Iran and the United States, the parties intend to conduct the exchange of prisoners. One of the participants in the process should be Iranian scientist Cyrus Asgari infected with coronavirus in an American prison. The experts do not believe that the upcoming exchange will improve relations between Washington and Tehran, which are “step away from armed conflict”.

US may soon send home Iranian academic Sirus Asgari, writes Reuters. According to the Agency, the citizen of Iran were infected by the coronavirus and can be deported from American soil, when completed quarantine period.

This information was confirmed to U.S. immigration and customs service, and the Ministry of internal security of the United States. In turn, the Iranian side has acknowledged that is working on returning Asgari home. According to the Deputy Director of the interests section of Iran at the Pakistani Embassy in Washington, Abul-Fadl Mehrabadi, Tehran cooperates with the immigration service for deportation scientist in the near future.

Agency sources in Iran indicate that the return Asgari discussed the possibility of an exchange of prisoners with the United States.

As the candidate examines the American Michael white, whom Iranian authorities have sentenced to 13 years for insulting the country’s leadership.

A U.S. citizen was detained in 2018, but in March of this year he was released from prison. The reason for this was the health of white: it is currently granted a “medical leave”. The United States is actively seeking his release, as repeatedly said Secretary of state Mike Pompeo.

By the way, regarding Asgari, the US authorities have no formal grounds for its retention in its territory or in places of detention. Wrote The Guardian,

the Iranian scientist was acquitted, but still held in custody in a place of temporary confinement in Louisiana.

The newspaper also pointed to the danger of infection of the coronavirus in an American prison, as prisoners provide no means of protection — masks or sanitizers. Similar concerns were expressed by the Iranian authorities. The head of the foreign Ministry Mohammad Javad Zarif in late March accused the USA that they endanger the lives of Iranian prisoners, leaving them in prison during a pandemic coronavirus.

The reduction of tension?

Possible exchange of prisoners between Tehran and Washington will not be the first, despite the rather strained relations of the parties. At the end of last year, the U.S. released Iranian scientist Massoud of Soleimani in exchange for being in Iranian detention of an American citizen Xue WAN.

Then the transfer took place with the participation of other States. As noted Zarif, special thanks for contribution to the organization of exchange of the government of Iran had expressed the Swiss authorities.

The history of Soleimani and van are similar only in one aspect — the US and Iran accused each other of illegality and invalidity of these arrests. Iranian scientist arrested for sending illegal drugs at home, and American researchers for the transfer of confidential information to the state Department.

To say that this exchange, or possible the new transmission will have a strong influence on the interaction between the two countries, perhaps not.

As stated in conversation with “Газетой.Ru” the editor of the book “Persian Bastion”, military expert Yury Lyamin, this event in itself does not mean anything serious.

“This may give you further steps to reduce tensions, but in General such exchanges at the situation is not particularly affected,” — said the expert.

Step up to conflict

The aggravation of relations between the two countries eventually led to the crash of Ukrainian passenger plane over Tehran, which is somewhat sobered both sides. But this circumstance has not led to the US withdrawal from the policy of maximum pressure against Iran.

Washington has not ceased to strengthen sanctions against Iran and encourage its international partners to “follow the example”.

“The us policy of pressure and containment of Iran has a long-term nature. Since the Islamic revolution, their relationship is constantly going downward. There were occasional improvements, but then they became even worse than before. Washington wants to put the squeeze on Iran to cause internal instability and to achieve regime change”, — says Yuri Lyamin.

Currently, us-Iranian relations actually are one step away from armed conflict, said the expert, any error can cause a collision.

In April, us President, Donald trump has threatened a major strike on the Iranian side in case of new attacks on American targets in Iraq. The next round of tension occurred in the Persian Gulf: the U.S. accused Iran’s military maneuvers in threat and promised to “destroy all vehicles” that creates obstacles.

Is no progress to reduce the tension or stabilize the situation there.

Doesn’t stop US even pandemic coronavirus, although Iran has repeatedly noted problems with the supply of necessary medicines and equipment because of U.S. sanctions. In turn, Washington insisted that their restrictions on humanitarian goods are not affected.

While US allies, particularly Japan, called the improper imposition of sanctions during the epidemic. As said Japanese Prime Minister Shinzo Abe, in the current environment on the agenda of all countries to be a humanitarian action.