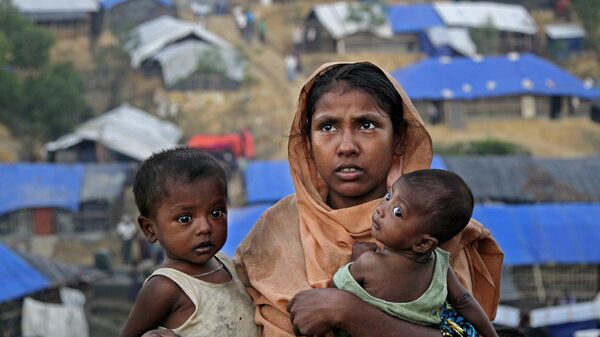 American and British scientists have made an interactive map of the world, which has caused maximum for each region the combination of temperature and humidity — an indicator that better reflects the climatic stress on the human body than the average temperature. It turned out that now on Earth there are places where to live is almost impossible. The study is published in the journal Science Advances. The map itself is available on the Internet.

It is known that moist heat is heavier than dry. In many scientific publications about global climate change, stated that a fatal combination of high temperature and humidity exceeding the physiological limits of human survival, will soon make it impossible to stay in some tropical and subtropical regions of the globe.

Scientists from the Earth Institute at Columbia University USA and Loughborough University in the UK decided to find out how close humanity has come to this point after which could come a mass migration from disadvantaged regions and the collapse of entire economies.

They analyzed data from 7877 weather stations located around the world, during the period from 1979 to 2017. But if the previous climatic studies, as a rule, operated on average per day or per day of temperature and humidity for a fairly large territories, the authors of the study examined the hourly point data, which allowed them to identify local short-term peaks of extreme values.

To their surprise, the scientists found that now on the Earth many places where the climatic parameters periodically exceed the limits of human survival.

“Previous studies have predicted that this will happen in a few decades, but we have shown that this is happening right now — are in the press release of Columbia University leading words of the author Raymond Colin (Colin Raymond) from the Earth Observatory Lamont-Doherty.

Thousands of such points located in Asia, Africa, Australia, South and North America. Especially numerous along the coasts of the Persian and Mexican gulfs and shores of the Indian ocean, where the evaporating sea water creates an abundance of moisture, which is absorbed by hot air. In some areas, farther from shore, similar role is played by the moist monsoon winds.

The authors found that the number of episodes of extreme temperatures and humidity for the observation period has doubled and their frequency has a direct correlation with global warming. Recurring incidents recorded in most parts of India, Bangladesh and Pakistan, in the North-West of Australia, along the coast of the red sea and the Gulf of Mexico, as well as in California, parts of the territories of South-East Asia, southern China, subtropical Africa and the Caribbean.

Meteorologists measure the joint influence of heat and moisture at the scale of the so-called “wet bulb”. Previous studies have shown that even the most healthy, well-adapted people can’t do the job outdoors when the temperature is “wet bulb” above 32 degrees Celsius. A peak in the 35 degree already achieved in the cities of the Persian Gulf, is considered to be the theoretical limit of survival. When such an excessive load on the body, if the person cannot move to a room with air conditioning, begin to break down the internal organs.

But in poor countries people have no such possibility. In particular, the authors note, the rate is 35 degrees was achieved on 31 July 2015 in the Iranian city of Bender-mahshahr, where many homes do not have electricity, not to mention the air conditioning. Moreover, in these countries people rely mostly on subsistence farming, which requires daily hard work outdoors.

In total, scientists have identified 80 places in the world where the temperature is “wet bulb” rise above 33 degrees, which is very close to the physiological limit. And that, given the fact that most weather stations that collect the observations are not located in dense urban neighborhoods where the concentration of concrete and asphalt compounding the effect.

“These measurements mean that some areas of the Earth much closer than expected to the achievement of the unbearable heat. Previously it was thought that we have a much greater margin of safety,” notes Raymond.