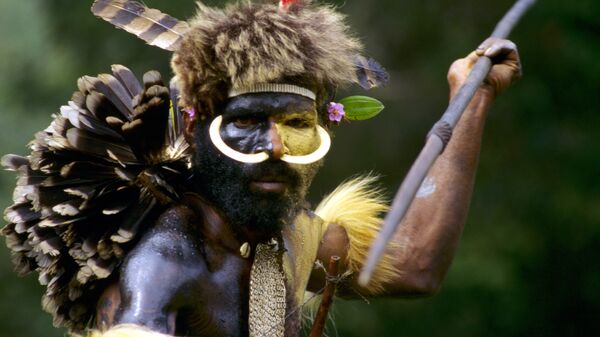 Alfia Enikeeva. Recent studies of the remains of people who lived in Africa approximately 12 thousand years ago, showed that in life he was stabbed in the lips and cheeks. Most likely, he wore several decorations on the face. Pre-historic jewelry for the nose was found in Australia. Mummies several thousand years completely covered with tattoos. The strange and mysterious accessories of our ancestors — in the material RIA Novosti.

In 1913 at Olduvai gorge in Northern Tanzania German anthropologists have unearthed the nearly complete skeleton of a modern human. It was a male, aged 25-30 years, who lived, apparently, not less than 12 thousand years ago.

The remains were named OH1, but study them carefully began only in the early 1990-ies. Anthropologists drew attention to the serious defects of incisors front teeth of ancient man. The researchers suggested that the gouges and furrows on the tooth enamel — the result is not too good power.

However, as recently discovered by French and Spanish experts, is not so simple. The predominant diet of coarse vegetable food is really bad for the condition of the teeth and it can erase the enamel to the dentin. But the teeth usually wear out the other side, which is closer to the language. OH1 and all damage to the front incisors, the molars and premolars were observed mainly on the surface of the teeth facing the lips. The remains of the rest of the people aged 12-20 thousands of years, discovered in the same area, similar defects were not. 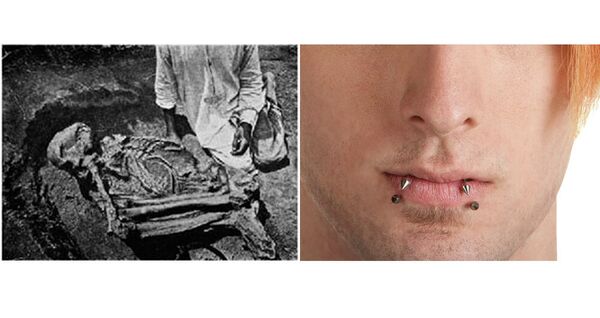 But similar signs of tooth wear was observed at all other people — the natives of Canada, who during his lifetime did the piercing with a labret for lips and cheeks.

According to the authors, the ancient Olduvai man was probably wearing one labret in the lower lip and another one in the cheeks on each side. However, the decorations, the researchers are still not found.

Stick in the nose

Olduvai man OH1 is considered the oldest fan of piercings found in Africa. The most ancient example of deliberate modification of the body in the world can be a woman who lived more than 25 thousand years ago, whose skeleton was found in the village of Dolni Vestonice in the Czech Republic. Her lower jaw, presumed to have been mutilated specifically because of what the face was asymmetric. However, it is believed that it is a normal injury, moved it in early childhood.

But the oldest decoration, for which our ancestors inflicted self-injuries can be treated a small piece of bone, found in Western Australia.

The finding approximately 46 thousand years. It is a small smooth bone wand with a length of about 13 centimeters. It has traces of ochre — natural pigment that is often used by ancient people and primitive tribes, and scratches inflicted by stone tools. 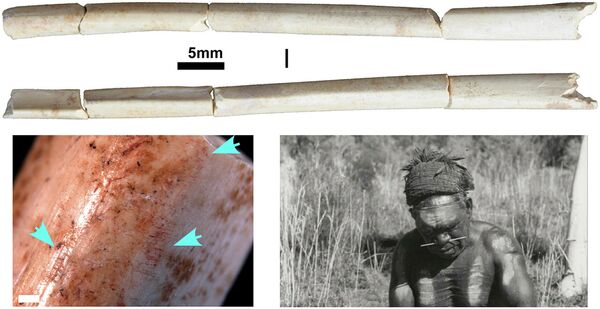 Scientists have discovered an artifact of small cracks that could arise from rotational and pushing motions. Similar traces of wear, like spots of ochre are often found on bone sticks — until recently, they wore nose-indigenous Australians. So, suggested anthropologists, ancient find could be used as a decoration, that the prehistoric people were thrust through the nasal septum.

According to the authors of the study, the ancestors of indigenous Australians learned how to handle bones in Africa. And the custom of wearing made in such a way sticks in your nose could appear to them long before the arrival to the continent 50 thousand years ago.

Today, the oldest known tattoos belong to ETSI, a person age of 5300 years old, whose well-preserved mummy discovered in 1991 in the Ötztal Alps.

Its body is covered with 61 tattoos, done with the help of incisions on the skin and powder the charcoal. The scientists found all these pictures at once — to discern the image on the darkened mummified skin with the naked eye was virtually impossible. 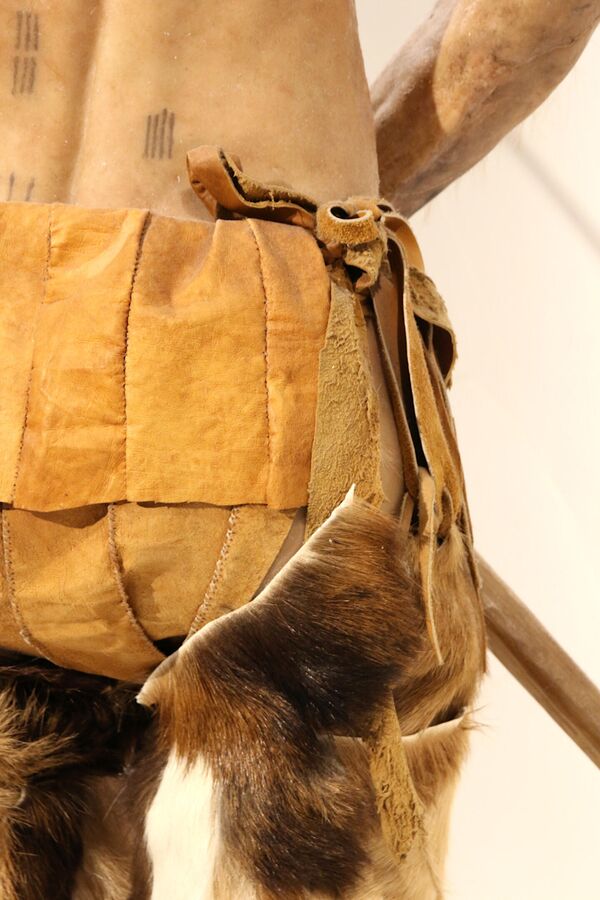 To recognize the latest tattoo on chest ETSI, used gipercalziemicescoy multispectral imagery. For this mummy of ancient man carefully scanned, and the resulting pictures were analyzed in seven sections of the spectrum — from ultraviolet to infrared.

Most of the drawings on the surface of the mummy — stripes, dots and crosses on the legs, wrists and waist. Hence the hypothesis that tattoos of ancient man — traces of acupuncture. Judging by the condition of the joints and spine, ETSI suffered from arthritis, but acupuncture helped him to remove the pain attacks. However, the tattoo on his chest confuses all the cards — it is too distant from the diseased joints.