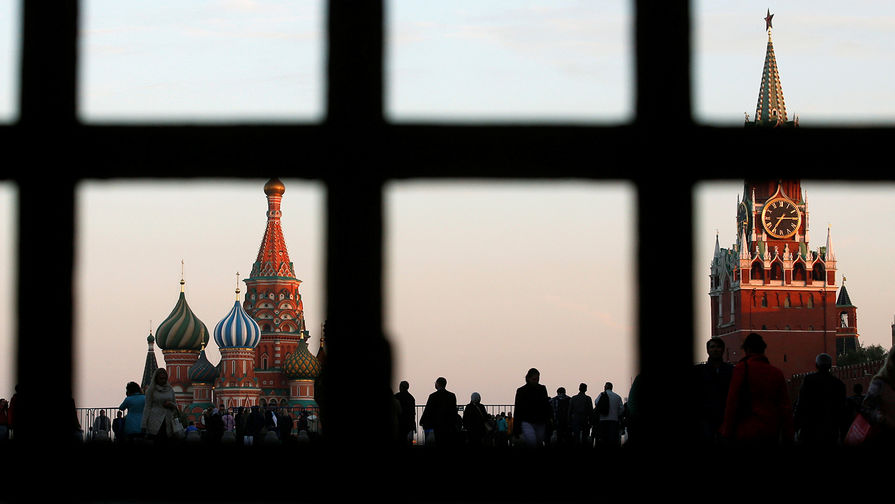 American congressmen called on the US authorities to impose new sanctions against Russia due to “human rights violations”. According to lawmakers in the Russian territory, allegedly persecuted journalists and opposition members, and authorities are “politically motivated arrests”. In Russia, the prosecution of legislators was seen as a political blackmail in a pandemic coronavirus, when the society is especially in need of unity.

In the U.S. Congress introduced the anti-Russian resolution urging the White house to impose sanctions against Russia for “violating human rights”. The document was submitted to the house Committee on foreign Affairs, legislators propose to introduce restrictive measures in the framework of the “Magnitsky act” and use a number of other levers of pressure.

The authors of the initiative were made by the Chairman of the Committee Democrat Eliot Engel and senior Republican Mike Makkom. In their opinion, in Russia there is a practice of allegedly politically motivated arrests. In addition, they accuse the Russian authorities of “persecution” of journalists, opposition, civil society and supporters of religious freedoms.

“The resolution calls on Russia to immediately release political prisoners, and the administration [of US President Donald] trump to impose sanctions against individuals responsible for human rights violations”, — stated in the document.

In Russia, the actions of American legislators compared with the attempt of political blackmail.

As stated by the Deputy of the state Duma Sergei Zheleznyak, the resolution of the U.S. Congress has nothing to do with the situation in the country.

“Russophobes prefer to turn a blind eye to all the crimes of regimes that are themselves sponsor. The cries of pseudoparasitism from overseas heard stronger at moments when society requires unity and unity”, — quotes the words of the MP, RIA “Novosti”.

An attempt to destabilize Russia from the outside during a pandemic coronavirus, continued Zheleznyak, looks like a planned political provocation. He also stressed that, rather, the United States irritates Moscow, which in the context of the epidemic continues to support the economy and meet its social obligations.

By the way, if the resolution received by the Congress may be rejected and, in General, is the opinion of some group of legislators, the criticism of the state Department on observance of human rights in Russia — in fact, the official position of the White house.

The American foreign Ministry noted that “Russian violations” in its annual report, which was published in March. According to the document, in Russia there are allegedly harsh conditions in the prisons are being unreasonable arrests and suppressed freedom of speech and the media.

The main emphasis of the USA traditionally make on the situation in Crimea, considering its accession to Russia as illegitimate. Despite the fact that the Peninsula became a Russian region after the referendum held in accordance with all international standards, the West led by Washington refuses to recognize the results. In addition, Goped sure there is a “serious restrictions of religious freedoms” in Russia, “forced abortion” and the alleged threats against the disabled and ethnic minorities.

The Russian foreign Ministry has repeatedly denied most of the accusations and suspicions of the American side. Also, the Russian Ministry pointed out problems in the field of human rights USA, the situation is gradually deteriorating since 2018.

In the February report of the Ministry of foreign Affairs, and the U.S. territory is experiencing rampant xenophobia and the rise of extremism, ill-treatment of detainees and mass surveillance of citizens. Also US control and inhibit the activity of mass media, and American justice is heavily biased.

It should be noted that with the election of Donald trump President in 2017, Washington’s policy toward Moscow has become somewhat controversial. The American leader consistently expresses the desire to establish cooperation with Russia, but often the actions of the administration at odds with his words.

So, last week trump in conversation with President of Russia Vladimir Putin declared about the appropriate time for cooperation between the two countries.

The US President talked about the desire for agreement on arms control with Moscow. At the same time, Washington does not give a specific answer on the extension of the existing Contract on reduction of strategic offensive arms, although many analysts say the latest obstacle to a new arms race.

There is no question about the lifting of sanctions against Russia, which over the last ten years have accumulated a lot. Starting in 2013, the restrictive measures are introduced on the “Magnitsky act”, the 2014 sanctions on Crimea and the conflict in the Donbass, in 2015 began to work limitations over “cyberattacks”, and two years later earned a law “On combating the enemies of America through sanctions” under its action Russia came together with Iran and North Korea.

In addition, the US imposed restrictive measures against Russia for supporting the legitimate governments of Syria and Venezuela, the contacts with North Korea and the case of the poisoning of ex-GRU Colonel Sergei Skripal with her daughter Julia in British Salisbury.