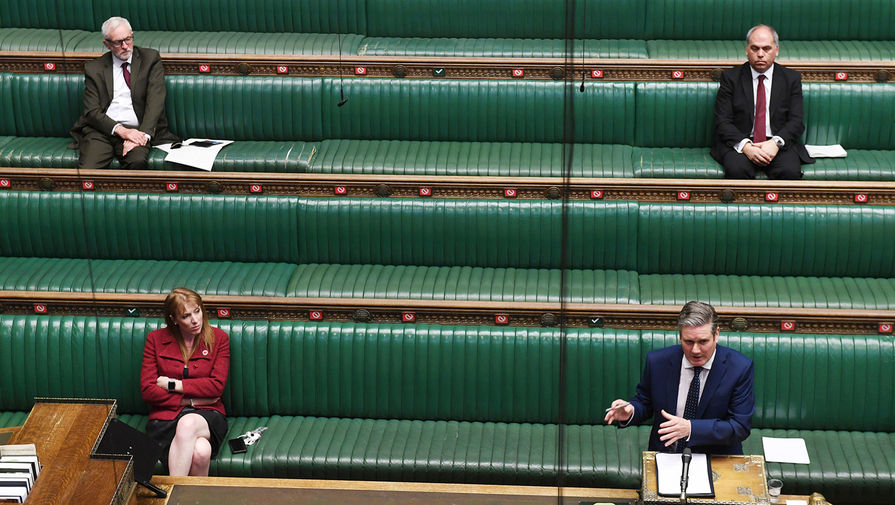 UK delays the process of negotiations with the EU on Brexit to achieve the most favorable conditions for further cooperation, writes the European press. Despite the pandemic coronavirus, London put the Brussels in a rigid time frame and is not going to change its position. However, the negotiations are in a deadlock, raising fears of Brexit without completion of the transaction.

Britain boycotting the negotiation process of Brexit from the EU, hoping to resolve contentious issues in their favour, writes the Spanish newspaper El Pais. According to the publication, the third round of discussions has already started, and Brussels trying to get from London’s transition to a serious dialogue to achieve tangible progress.

The main issue of the negotiations is the reluctance of great Britain to make concessions on key issues of the future cooperation, especially in the areas of fisheries. The EU is trying to preserve its access to British waters that is considered unacceptable in London. The British authorities are going to achieve the introduction of fishing quotas to restore its independence as a coastal state.

Columnist writes El Pais Fernando de Miguel, discussion, Brussels and London significantly delayed. Because of this, there is a danger that the parties will be unable to reach a consensus before the end of the transition period.

Part of the negotiation process inhibits the coronavirus pandemic, which deprived the parties of the meetings in March and forced to conduct all discussions in an online format.

In such circumstances, the EU does not exclude the possible extension “of a British exit”, but London refuses to request new terms. According to the chief British negotiator David frost, the transition ends on December 31 and will not be renewed.

Brussels does not agree with this position because of the pandemic, the fight against which concentrated all the efforts of the Association. The reluctance of London to extend the transition period creates difficulties for the EU, making it impossible to postpone the question of Brexit.

Thus the parties are in a dual situation — the Kingdom at the same time delaying the negotiations and insists on a specific part of their completion, thereby trying to force Brussels to accept their terms.

However, the success of this approach to discussions on future trade relations remains controversial.

It is possible that in the end, this policy will play against London.

As said the foreign Minister of Germany Heiko Maas, if everything remains as it is, that by the end of the year, the European Union along with the coronavirus crisis will have to overcome Brexit.

In such circumstances there is a danger in the transitional period without an agreement, the diplomat said, but the British government continued to reject the possibility of an extension, and negotiations are inconclusive.

The situation with Brexit a dead-end, Reuters reports, citing diplomatic sources in the EU. Each party tries to achieve their goals, and in the fundamental questions of the differences between them are enormous.

“We are at an impasse That cannot be resolved without political momentum, and he is missing,” said one of the sources of the Agency.

In General the current bad state of Affairs around future relations of the UK and EU recognize both in London and in Brussels. While progress to any compromise, the parties do not show.

The UK government at the end of the next round of negotiations indicated a small progress in the dialogue, but noted a number of fundamental differences that hinder him. To change its position on the timing of the transition period, London has refused, expressing hope for achieving consensus in the discussions.

In turn, Brussels in his comments were less restrained, the chief European negotiator, Michel Barnier directly accused the British authorities of delaying Brexit.

“The UK refused to engage in constructive dialogue on four key points of the negotiations, which are enshrined in the political Declaration [Brussels and London].

The EU refuses any long-term partnership, which will not include solutions to these issues”, — added the diplomat.

London needs to intensify its dialogue with Brussels due to a heavy shock for the economies of both countries, the pandemic coronavirus, stressed Barnier, the rupture of relations without an agreement may only exacerbate the economic situation.

A significant part of the contradictions of the parties shall permit until June, when negotiations will take Boris Johnson and President of the European Commission Ursula von der Leyen. In fact, the third stage of the negotiations, which will last until may 14, is the last chance to resolve the most acute issues.

In addition to the fisheries in British waters, controversial issues at least three more. First, Brussels is trying to maintain the influence of the European court in the UK. This condition will give the London admission on the European market in compliance with EU rules on fair competition.

However, the British authorities were not going to allow the European court to influence UK legislation.

As frost said, the purpose of Brexit — the restoration of full sovereignty of the country, which will interfere with the impact of the court.

In this regard, there is a second problem — the cooperation in the field of security and criminal justice. The EU also wishes to bind to this process is the European court that does not like London, which generally supports cooperation in this field.

The latter dispute is tied to future trade agreement. UK hopes for a deal on free trade, without following rules and standards of Brussels. In turn, the EU seeks to maintain leverage on the British side, but London is not going to make concessions.

British authorities are determined to push the necessary trading conditions, otherwise they do not rule out interaction on the basis of the WTO rules with the subsequent closure of borders and imposition of duties on goods from the UK.