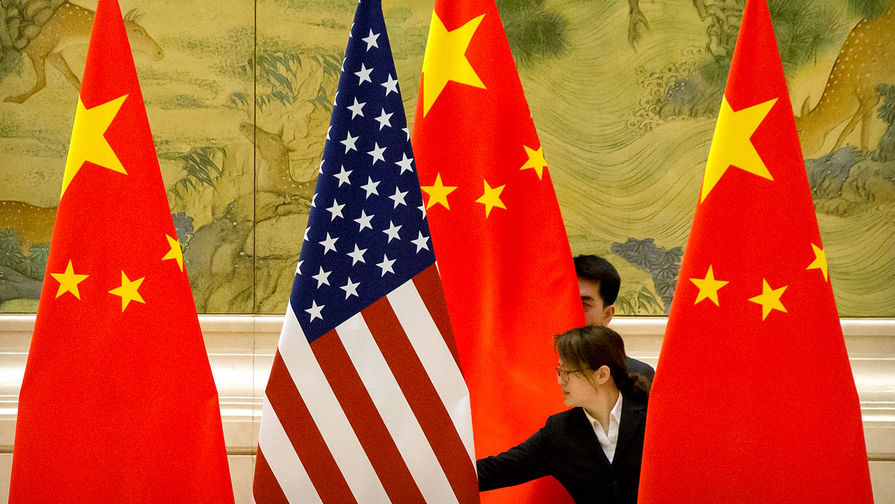 In the us Senate proposed to impose sanctions against China because of the spread of coronavirus. The congressmen have accused Beijing of cheating the international community and the refusal to investigate the causes of the pandemic. In the PRC, the US actions called immoral and strongly rejected all accusations.

Us lawmakers made in the Senate a bill providing for the imposition of sanctions against China due to pandemic coronavirus. According to the document, the restrictive measures will be imposed if China “does not provide a full report on the outbreak”. In particular, we are talking about events that directly caused the outbreak of a pandemic.

One of the authors of the bill is Republican Senator Lindsey Graham — said the virus spread in the US because of the “deception” of the Communist party of China. In his view, Beijing needs to allow international experts in Wuhan the lab for investigation.

“They refuse to allow experts to examine how the outbreak started. I am convinced that China will never cooperate with a serious investigation until forced to do so. This is a tough bill against China would impose sanctions before he will cooperate,” added the Senator.

The Senator’s initiative involves the establishment of a period of 60 days for a full report from Beijing. During this time, the White house should reaffirm to Congress the fact of receiving information from the Chinese side in the framework of any research on the coronavirus, conducted by the United States with its allies or the UN.

While Graham has demanded from China to close all the seafood markets where there can be transmission of the virus and to release all those detained during the protests in Hong Kong activists. Otherwise, the President of the United States Donald trump will be entitled to introduce restrictive measures against Beijing.

It is worth noting that at the initiative of Graham casually mentioned Chinese laboratory in Wuhan, from the point of view of Washington, there could be a coronavirus, although official confirmation of this information. Good seafood markets have also been featured in several studies as a possible source of the first transmission of the virus from animal to human.

As for the protests in Hong Kong, then there is a repetition of the position of the White house, which sided with protesters in the last year. The US actively encouraged China to the peaceful resolution of the protests with the release of the detained activists, but Beijing similar interest called interference in the internal Affairs of the state.

American the bill on sanctions because of the pandemic coronavirus in China is considered immoral. As stated by the official representative of the foreign Ministry of China, Zhao Lijiang, the initiative of legislators in the United States completely ignores the facts.

“They want to start an investigation, guided by the “presumption of guilt”, to shift the blame. It is immoral. We officially reject such”, — the diplomat added.

With the beginning of the outbreak caused by a new type of coronavirus, China cooperated closely with the world health organization, emphasized the Lijiang, Beijing expressed its strong protest in response to US actions.

However, the lack of specific data does not prevent Washington to follow an anti-China course on the background of the pandemic. According to the head of the national Council on trade at the White house Peter Navarro, China allegedly allowed the coronavirus spread and should be held accountable. In order to confirm their findings, he pointed to insufficient measures to restrict travel of HIV-positive people of China.

“They banned flights from Wuhan to Beijing and Shanghai, but it was quite possible to carry out in Milan and new York,” said Navarro, and added that hundreds of thousands of inhabitants of China “is widely spread the virus”, starting a pandemic.

Adviser to trump I am sure that this has led to serious damage and China should “punish”. Although what measures should enter against Beijing, Navarro did not specify, but data about the lack of restrictions by China has not confirmed.

In General, this trend should the whole administration of the President of the United States, accusing China of withholding information, the creation of the virus and the pressure on the world health organization (who).

Often high-ranking officials of the White house talking about many of the facts supporting their conclusions, but any publication emerge only in the media.

One of the latest was the alleged CIA report about the situation around the cooperation of Beijing with who, with soderjaniem which has acquainted journalists Newsweek. According to the newspaper, American intelligence believes that China tried to prevent the organization’s “raise the alarm” about the outbreak of coronavirus in January.

The CIA believe that the Chinese side in that period allegedly to accumulate the drugs, and the announcement of a mass emergency by who was able to prevent this. So Beijing has threatened “to stop cooperation” with the organization, not to give her to translate the coronavirus in the status of the pandemic.

At the same time, according to tradition, the report of the Department until there is only the media and not officially published. Charges, in General, are not new, the pressure on the who wrote the newspaper Der Spiegel, calling “guilty” of Chinese President XI Jinping. However, in organizations such suspicions refute, and in China indicate that Beijing initially did not hide any information on the pandemic.