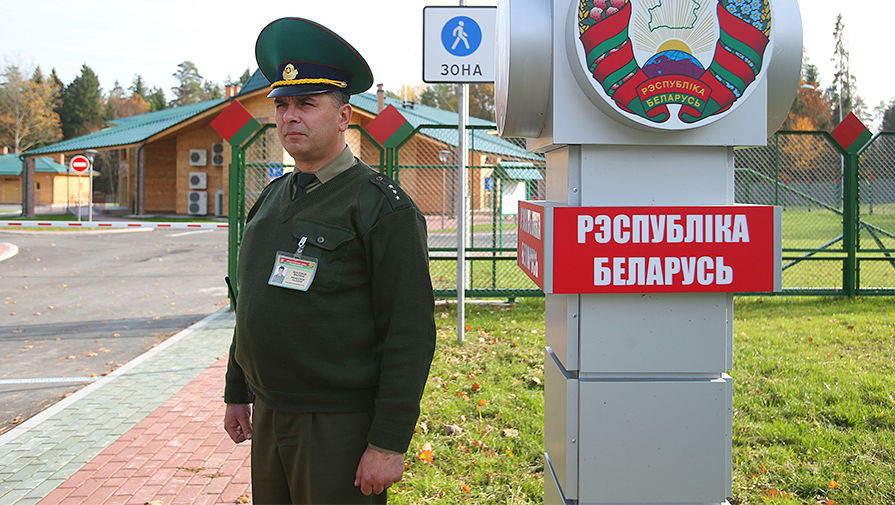 The European Parliament approved the agreement on simplification of visa regime between the EU and Belarus. For voted overwhelming majority of deputies — 654, 48 opposed and four abstained. The negotiation process on visa facilitation started in 2014 and is too long. For example, the neighboring Ukraine has managed to bezviz with the EU. The reason for such difficult negotiations was the attitude of Brussels to the authorities.

On 13 may, the European Parliament approved by a majority of votes the agreement on simplification of visa regime with Belarus. The document was supported 634 deputies, against — 48. In addition, it was agreed on the readmission of persons residing without authorization. 560 MEPs voted for the initiative, against — 117.

Belarus was one step away from falling of the prices visa, their value will fall from €80 to €35 for the citizens of both sides. In addition, for children up to 12 years, people with disabilities, students and representatives of civil society organisations payment of fees is not envisaged.

All visa applications will also be considered in a shorter period of time for ten days. If you have any questions, the time limit may be extended to 30 days. “Emergency” application for the provision can be considered within two days, in this case the visa fee will be €70.

The new conditions relate to short-term trips up to 90 days. Unchanged is the need to clarify the purpose of the trip, while in some cases will be reduced the list of required documents to submit. For example, simplified conditions will affect journalists, entrepreneurs, international drivers, and also those who are going to work in research or creative activities.

Citizens of the European Union, at the same time, can visit the Republic without a visa if they arrived in the airport of Minsk for a period up to 30 days.

According to the agreements on readmission, Belarus and the European Union should implement the readmission to its territory its own citizens, citizens of third countries and persons without citizenship who do not meet the criteria of legality. In the agreement, granting to Minsk of a two-year transitional period regarding the readmission of citizens of third countries. In the joint Declaration to the agreement contains a commitment from the EU on providing the country with technical and financial support in this area.

The next step for the implementation of both agreements should be the approval documents by the Council of the European Union. Minsk now looks forward to the completion of all the prescribed internal procedures in the EU, said the press Secretary of the foreign Ministry of Belarus Anatoly Glaz.

“As stipulated, the agreement will enter into force on the first day of the second month after we receive the appropriate notification from the European side,” he said.

According to him, Minsk has already notified Brussels on the completion of all ratification procedures according to the agreements from their side.

Negotiations on both agreements began in 2014 and lasted six years. For Belarus, the simplification of the visa regime was tightened. Russia, Armenia and Azerbaijan have long pay a visa fee of €35. Georgia and neighboring Ukraine and even received bezviz.

The main tug in the negotiation process was the EU’s position and his attitude towards the Belarusian authorities. In the EU, the President of the Republic has the nickname “Europe’s last dictator”. For Brussels Belarus in recent years looks like a territory that ignore democratic values, free elections and human rights. It is for this reason Brussels has hindered the progress of negotiations on simplification of visa regime.

Another stumbling block is sanctions against Minsk. Belarus referred to the restrictive measures, also took position in the negotiations on simplifying the visa regime.

The first block of visa sanctions against the Republic and its President, the EU imposed in connection with violations of human rights in 2002. Since then, the package of restrictive measures has been revised, and their effect was three times frozen.

In 2016, the EU recognized the parliamentary elections in the Republic. For the first time in 20 years out of 110 MPs in the house of representatives passed two of the opposition candidate. Soon followed and an award from Brussels in February 2016, the EU partially lifted sanctions on the Republic, which operated for more than 13 years. The European Union did not renew the restrictive measures against 170 Belarusian officials, including Lukashenko, and the three companies, however, the embargo on arms and police equipment, and visa restrictions against four Belarusian security forces was left in force for a period of 12 months.

In December last year the foreign Ministry of Belarus called on the EU to freeze the cost of the Schengen area for Belarusians to €60 to which the agreement enters into force. However, the EU delegation explained that to cancel a temporary increase in the cost of visas is impossible.

In January of this year, both agreements were signed in Brussels. April 2 initiatives adopted by the chamber of representatives of Belarus and the Council of the Republic, and a week later, the bills signed Alexander Lukashenko.

The representative of the foreign Ministry, commenting on the signing of the document by the President, said that “this difficult decision” and that the President “received him, understanding the high importance of mobility for the citizens [of Belarus] and only after thorough assessment of all possible risks and consequences.”

“We have always advocated the facilitation of interpersonal and business contacts”, — said Anatoly Glaz.

He also said that this step was preceded by a “rather complex and extended in time the negotiation process with the European Union, the results of which produced a mutually acceptable texts, the most taking into account the interests of both sides.”

Anyway, given the difficult relationship between the EU and Minsk, the simplification of the visa regime still looks like one of the few signals warming bilateral relations.

However, for the EU, simplification of visa regime may be one of the reasons for manipulation, and another, in addition to the sanctions tool to demonstrate their dissatisfaction.

After the vote, the European Parliament reminded Minsk that either party can at any time terminate the agreement on simplification of visa issuance “for any reason”, including “for reasons of human rights and democracy.”