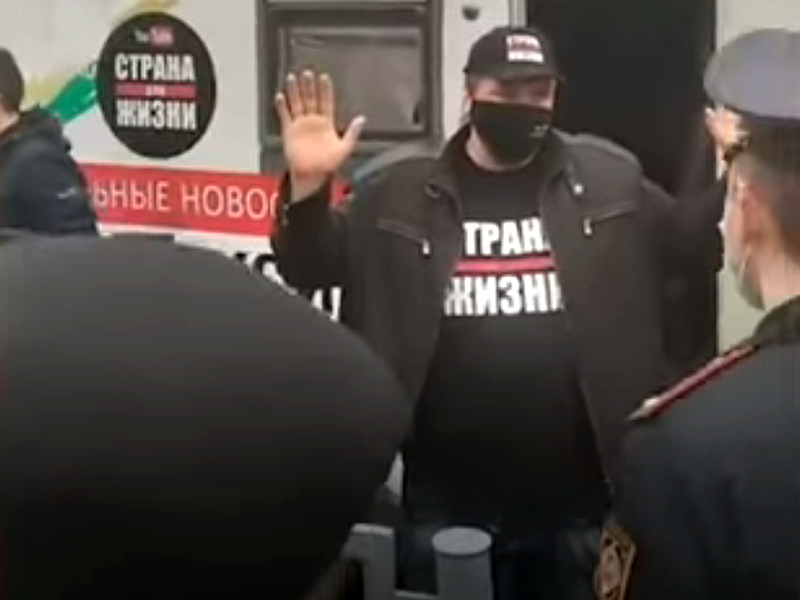 Belarusian human rights activists report that on the eve of and after the Victory Day, the authorities detained more than 100 opposition bloggers, journalists and subscribers channels critical of the government. The detainees were involved in the online stream, which focuses on the situation in the country. One of the detainees, blogger Sergei Petrukhin, was sent to the camera for 15 days, without waiting for the summoned ambulance. About it reports “Russian service of BBC”.

May 11, the Leninski district court of Brest Petrukhin was appointed administrative arrest for the stream with the April rally of opponents of the construction of a battery factory near the regional center. Petrukhin was charged with violating the order of organizing and holding mass events.

On the trial it turned out that the blogger has elevated temperature is 37.7. During the break the court Petrukhin told journalists and human rights defenders that in the detention center with him there were other people with fever, in isolation, came the ambulance. In the courtroom, Petrukhin and his attorney asked to call an ambulance, but so far removed from the courtroom people went to meet the doctors, bloggers through the service entrance taken to a detention center. Petrukhina friends say that he has symptoms of the coronavirus, but the tests he did.

According to the health Ministry in Belarus on 11 may revealed 23 906 people who test positive for coronavirus. During the last day recorded 933 new cases. Statistics on cities and regions of the country authorities do not publish.

Sergey Petrukhin, was detained in the Minsk region, when he tried to drive to meet another blogger Sergei Tikhanovski. He gained popularity, began to organize the stream of critical statements about policy of Alexander Lukashenko and of life in the country. Stream tikhanovski conducted in the regions by going there in the motorhome with the words “Country for life”. Despite the fact that the slogan “Belarus – a country for life” is widely used in local social advertising, the conversation, the blogger is clearly contrary to the official position.

“The state is dissatisfied with people, people dissatisfied with the government. It’s time to change. I don’t want to reinvent any Belarusian Bicycle. I just want to live a normal life. In Poland, as in Germany, as in Finland. I was not ashamed to say that I am Belarusian”, – said at the rally in Gomel supporter Tikhanovski, who identified himself as Michael. People in Belarus usually do not give their names for fear of reprisals from the authorities.

YouTube channel Sergei Tikhanovski started working a year ago, some videos posted on it collected more than 140 thousand views. The Tikhanovski detained on may 6 near Mogilev. Bloggers and journalists covering spontaneous protests, as well as viewers of the YouTube channel came to impromptu protests, demanding the release Tikhanovski, and has also been detained. So, on may 9 at Babruysk, was detained supporters Tikhanovski, trying to organize a “antipated” in defiance of the official celebration of Victory Day in the country.

According to information devoid of registration in Belarus human rights center “Spring”, in different regions of Belarus detained more than 100 people. This information is confirmed by the Belarusian Association of journalists and the local press. Among the detainees – a freelance journalist Dmitry Lupach, journalists Aliaksandr Burakou, Ales Osiptsov, blogger Michael Arshinski. In Hrodna for a meeting with detained blogger Tikhanovski Director Vasily Kalacha, in the Postavy district for participation in the stream will go on trial 49-year-old former employee of the Ministry of internal Affairs of Russia Andrey Novikov. May 11, trials of activists, human rights defenders, journalists and participants of the channel “Country life,” was held in 12 cities of Belarus.

Journalist Dmitry Lupach after the trial was in the intensive care unit with a hypertensive crisis. The court sentenced him to 10 days of arrest and 1215 rubles fine (about $ 600). After the hearing the Activists were taken away by ambulance, escorted by police. Journalist, member of the human rights project “Mogilev spring” Alexander Burakou appointed 10 days of administrative arrest for participation in unauthorized protests. He condemned claims that the action was not involved, and only briefly drove up to the house, where it was held, reports “Radio Freedom”.

Burakova, was detained on may 8, after which he spent three days in the detention center. The first seven hours of stay in the detention center Burakov was in the so-called “glass” – the room with no Windows area of two and a half two and a half meters. It was cold and was not allowed is in the Shoe. On Monday, the detainee was brought to the courthouse, and then released pending a court hearing. Journalist Ales Asiptsow was sentenced to 10 days of administrative arrest, the activist Andrey Mogilev got 7 days of arrest.

The analyst of “Belarusian news” Alexander Klaskouski notes that the protest activity of members and supporters of regional bloggers-critics was unexpected for both the authorities and the opposition. “With the traditional opposition officials have long learned to fight. Tikhanovski the same – it’s a completely different style, format, and other slogans. It is a living dialogue and feedback, the language of the streets,” – said Klaskouski, Recalling the phenomenon of protests against the tax on spongers held in 2017.

Tikhanovski he intends to nominate his candidacy for the presidential elections scheduled for 9 August. However, while under arrest, the blogger runs the risk not to register the initiative group to collect signatures in their support: all the necessary documents required to submit to the Central election Commission until 15 may. Meanwhile, the Belarusian opposition earlier planned to put up for election a single candidate, refused this idea, calling it unacceptable to hold elections in the midst of the epidemic of the coronavirus. The head of Belarus is in fact oblivious to this threat and urges to deal with a media that, in his opinion, “sow panic” about the outbreak of coronavirus.