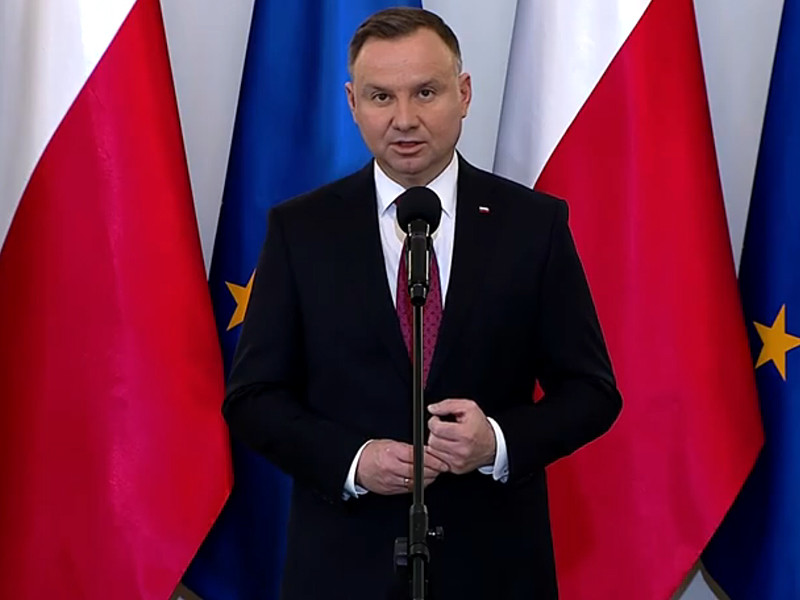 Warsaw has called the biggest threat to their security, “neo-Imperial policy” of the Russian authorities. This is stated in the new strategy of national security of Poland. It was signed by the President Andrzej Duda, the website of the President.

He noted that the previous strategy was in force from 2014, when the country “was a completely different reality.” “Today we have here the Eastern flank of NATO, and this is an obvious safety feature for us – the Baltic States and the NATO Alliance in the South of Europe,” – said Duda.

According to him, in five years, 30 thousand soldiers has increased the strength of the Polish army, and almost 40% increase in defense spending. The President also noted that over time was built the terminal for the liquefaction of gas, which is currently expanding, and the construction of a gas pipeline Baltic Pipe from Denmark to Poland. According to him, this would “avoid energy dependence” on Russia. The dude complained that Poland buys Russian gas at a higher price than Germany.

Regarding the Russian text of the strategy States that Moscow is actively developing its offensive military capabilities, including in the West, extends the so-called concept of deterrence of the enemy in the Baltic region, in particular in the Kaliningrad region. Also refers to the ongoing Russia large-scale military exercises, the scenario which involves a conflict with one of the countries-members of NATO rapid deployment of significant military and even the use of nuclear weapons.

“Aggression against Georgia, the annexation of Crimea and actions in Eastern Ukraine violate basic principles of international law and undermine the foundations of European security”, – emphasized in the strategy. Further integration into the transatlantic and European structures in the document called “the main determinant of Poland’s security”.

The head of the national security Bureau of Poland Paul Solokh said earlier that the new strategy “external threats intact.” “Chief among them – the consequences of the aggressive policy of Russia”, – he said.

According to Solokha, the document refers to the need to increase defence spending. “The strategy we stress that we should strive to spend 2.5% of GDP on defense. Pandemic does not change the vectors of the policy of our Eastern neighbor,” he said.

The new strategy also reflects the relations of Western countries with China. “A new challenge to the unity of the West was the rivalry between the US and China. Countries in our region should have in this field a common position,” said Solokh. His words leads RIA “Novosti”.

Repeated accusations of aggression against the Baltic States and Eastern Europe Russia has always categorically denied in the answer pointing to the unfriendly steps by the NATO allies. The annexation of Crimea Moscow calls the restoration of historical justice, said radio “Freedom”.

At the end of last year between Russia and Poland broke diplomatic scandal, which was preceded by a European Parliament resolution on the role of the USSR in the outbreak of the Second world war. President Vladimir Putin called the Polish Ambassador, who worked in Berlin in the years 1934-1939, a “bastard” and “anti-Semitic pig”. Later, the Polish Sejm approved a resolution condemning the “provocative and not corresponding to the truth” statements by senior Russian government officials.