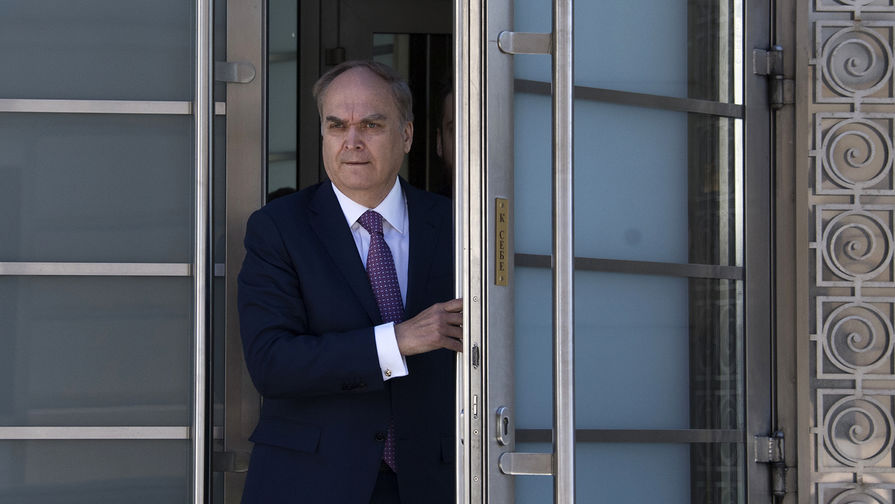 Citizens of the countries of the former USSR seek help in the Russian Embassy in the US to fly to Russia and be reunited with their families. Do the queries from the Russians about the flight from Miami. According to the Russian Ambassador in Washington, Anatoly Antonov, “I do have a lot”.

The Belarusian, Kazakhstani and Ukrainian citizens contact the Embassy of the Russian Federation in the United States for assistance in travel to Moscow. This was stated by Russian Ambassador to the U.S. Anatoly Antonov, reports TASS.

“Much remains to be done. So, we called upon citizens of Belarus, Kazakhstan, and Ukraine to assist in entrance to the Russian Federation for the reunification of the families”, — said the diplomat.

According to Antonov, sending the next flights from new York to Moscow — “a great achievement”, on Board of the plane was 369 citizens. This flight is “unprecedented” and is for the Russian side, “a record”.

The diplomat added that now many people are turning to the Embassy on the organization of export of the flight from Miami. “I can assure citizens that we will make every effort for their early return to the Motherland”, — said the Ambassador. Antonov also noted that the employees of the Russian Embassy arranged the shipment from America to Russia 40 people from “humanitarian”list.

“It was composed of the compatriots who are in difficult life situations, held in USA treatment and rehabilitation with disabilities, elderly people,” — said the diplomat.

Antonov stressed that the main thing — that all the passengers managed to get home “with all the rules and procedures.” With the regions of the Russian Federation, where people are returning to the Embassy “has managed to settle all the issues” quarantine and movement in the country.

In early April, Anatoly Antonov said that the desire to return to Russia have expressed against the background of the coronavirus pandemic, more than 2,000 Russians located on American soil. “Aeroflot” has transported people across new York 7, 14 and 28 April, and in Los Angeles — may 4.

The transport Ministry has called for the removal of the Russians home. On export flights to Russia can claim only those Russians who left the country after January 1, 2020. According to the latest data, return to Russia of about 25,8 thousand citizens.

If wanting to return home citizen have a ticket of a foreign airline, then he will have to pay per flight €200-400. The ticket of a Russian airline transportation will be free.

We will remind that on April 4 Russia temporarily ceased to perform international flights for the repatriation of Russians living in foreign countries, against the background of a pandemic of a new type of coronavirus. At the same time, the Russian government approved the procedure of helping Russians who are abroad and cannot return home.

Assistance will be provided to citizens who “have the travel documents to return to Russia on March 16, 2020 may 31, 2020.” Help the Russians get during his stay on the territory of a foreign state. Residents of Russia, the rest abroad, will receive 2,400 rubles per person per day. On child under 14 years will be issued at 1600 rubles per day.

In late March, Maria Zakharova said that before the end of the month, the foreign Ministry will make an accurate list of Russian citizens who need help with the return.

“Our embassies in the respective points of placed alerts for Russian citizens, informing them about the cancellation of Charter and regular flights and preparation for the implementation of the so-called export flights”, — she noted.

Zakharova said that the Russian diplomatic mission abroad working around the clock. “All their efforts at this stage focused on the resolution of issues related to the stay in the territory of other countries of Russian citizens, who are still unable to return to their homeland”, — summed up the representative of the foreign Ministry.

For the period from 20 March to 2 April he returned to Russia 162 486 Russians. Two days after the latest specified date, the Vice-Premier of the government of the Russian Federation Tatyana Golikova said that the coronavirus was brought to Russia from 73 countries, “leaders” were Italy, Spain and France.