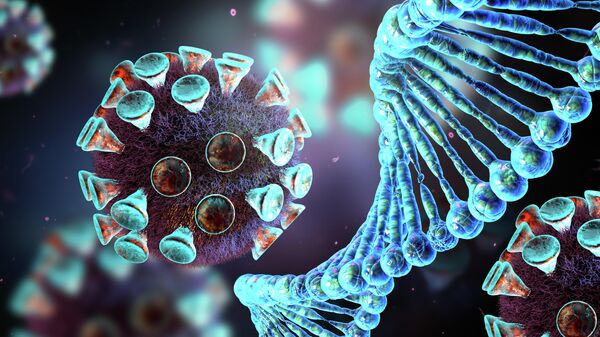 Biologists have studied the genomes of viruses of bats, and found them in the items specific for the coronavirus SARS-CoV-2. The results of the research prepared for publication in the journal Current Biology.

Politicians and publics around the world continue to argue about where the new coronavirus that caused the pandemic COVID-19. Although most researchers consider it the most likely natural reservoir bats, the exact origin of the virus is still unknown.

Chinese and Australian biologists studying bats recently identified they have the virus, which, in their opinion, can be considered the closest relative of the new coronavirus — in some areas of its genome is a characteristic insert amino acids similar to the SAR-CoV-2.

We are talking about amino acid insert at the point where two subunits of the S protein — S1 and S2, forming spikes on the surface of the virus, by which it attaches to cells. Insert S1/S2 unique and present in all SARS-CoV-2, sequenced so far.

In scientists discovered the virus of bats RmYN02 also have amino acid insert S1/S2, which, however, differ from insertions in SARS-CoV-2, and this suggests that they resulted from independent events.

According to the researchers, although the virus RmYN02 cannot be called a direct evolutionary precursor of SARS-CoV-2, it shows that the unusual insertion events, and the resulting amino acid insertions may occur naturally in evolution.

“Since SARS-CoV-2 appeared unfounded assumption that the virus has an artificial origin — presented in the press release of the publishing house CellPress words of the head of research of Weifen Shi (Shi Weifeng), Professor of the Institute of biology of the pathogens at the First medical University of Shandong in China. In particular, it was said that the insertion of S1/S2 is highly unusual and may be indicative of laboratory manipulation. Our article clearly shows that such events occur naturally in the wild.”

The authors note that the entire genomic sequences are closest to SARS-CoV-2 other virus — RaTG13, which was identified from bats in Yunnan province in China. But RmYN02 more closely related to SARS-CoV-2 in the longest coding parts of the genome where these two viruses 97.2% crossing RNA.

Fortunately, RmYN02 not very similar to the SAR-CoV-2 in the region of the genome, which encodes the key domain that binds to human ACE2 receptor used by SARS-CoV-2 for infection of host cells. This means that it is unlikely to represent a danger to humans.

Researchers have identified RmYN02 based on the analysis of 227 samples of a virus of bats collected in Yunnan province from may to October 2019, even before the emergence of SARS-CoV-2.

“From that moment in 2005, it turned out that bats were the source of the SARS coronavirus, the interest in them is as natural reservoirs of various RNA viruses, including coronaviruses, remains very high,” says Dr. Shea.

In early January, shortly after the identification of SARS-CoV-2, scientists sent their samples for metagenomic sequencing, and made the discovery.

Scientists suggest that studying a larger number of virus samples of wild animals will allow them to get closer to the answer to the question, where exactly there’s a new coronavirus in humans.