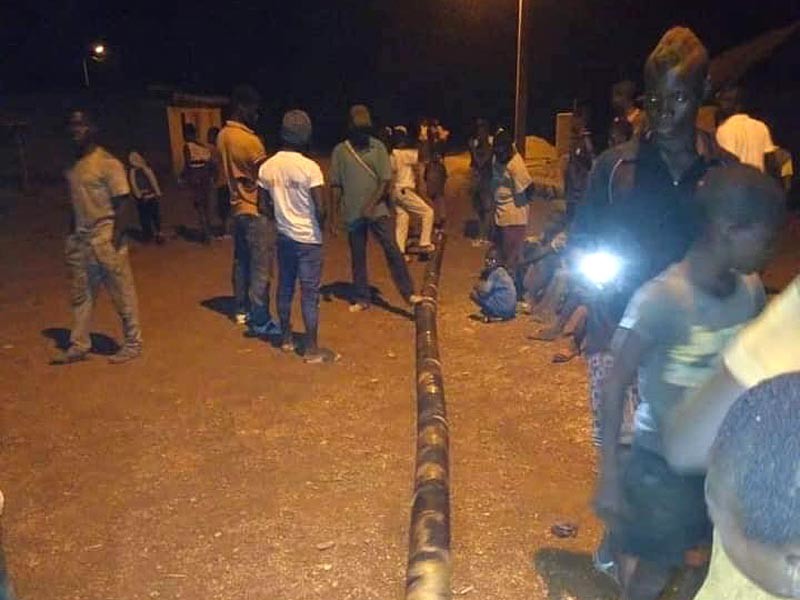 Around 16:00 (local time) on 11 may in the village Mahuna, which is located in the Department of Bocanda of the region N Z – in the Central part of côte d’ivoire, with a deafening noise fell metal pipe with a length of over 10 meters. The object crashed on the outskirts of the village next to the building. It remained intact, no one was hurt, according to Afriksoir.

It is assumed that the pipe is part of a stage of Chinese carrier rocket “Changzheng-5” (Long March-5B or “the 5B”), which was launched on may 5 from the spaceport Wenchang in Hainan province.

She was sent into space trial of Chinese manned spacecraft of new generation without crew and cargo return capsule for testing. After about 488 seconds of the flight he was separated from the rocket and went into orbit, informs the Agency “Xinhua”.

Probably fragments of the rocket is not fully burned in the atmosphere and fell in West Africa. The local media wrote about the house in the village of N”to the Message, which was damaged falling from the sky the subject. Here was also not affected, according to Forbes.

Infrasound station in Cote d’ivoire registered objects, which, apparently, are the fragments of the rocket. They were moving in the atmosphere at supersonic speeds and fell to the ground about 60 kilometers from the station.

Jonathan McDowell, an astronomer at the Harvard-Smithsonian center for astrophysics, said that the incidents in the villages of the côte d’ivoire, located on the predicted trajectories of the main flight phase “Changzheng-5”, proves that the fallen object was a part of the rocket. While found items not classified as space debris, and China has not claimed responsibility.

On may 11 there was a threat to the United States. It was a re-entry facility to the atmosphere and therefore to determine the place of landing was impossible. The trajectory of the rocket passed over Los Angeles and new York, reports The Weather Channel.

We are entering the CZ-5B r/b reentry window, which is approximately this track. Position is for 15:20 UT. It can come down anywhere on the depicted line, with current uncertainties. pic.twitter.com/EADd6aE2va

Stage Chinese carrier rocket “Changzheng-5” became one of the biggest fragments of space debris that ever fell to the Ground. With a mass of 18 tons and it takes the fourth place in this list. Last time a larger object up in the atmosphere of our planet on the night of February 7, 1991. That day in the Atlantic ocean flooded the Soviet orbital station “Salyut-7” weight 39 tons. Fragments of it fell in several areas of Argentina and Chile, then too has done without victims.