The head of the Rocket-space Corporation “Energy” Nikolay Sevastyanov leaves his post and takes up the post of Advisor to General Director of “Rosatom” on development of private Astronautics. This was reported by “MK” on Friday in the Corporation. Instead Sevastyanov, the Board of Directors of JSC “RSC “Energia”, approved Igor Ozara, the former General Director of JSC “Sukhoi”. 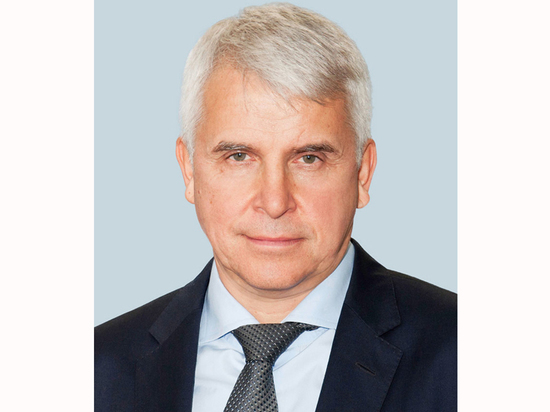 Honoured designer of space technology Nikolay Sevastyanov has twice left his position of General Director of RSC Energia. The first time it happened was in 2007, when, according to RIA “Novosti”, the Roskosmos leadership put him in a rebuke to the bold promotion of the ideas of deep space exploration, in particular, the construction of a lunar base, mining on the moon of the mineral helium-3, as well as the promotion of the ambitious project of construction of a winged space vehicle “clipper”.

After that, Nicholas served as principal designer, he created the JSC “Gazprom space systems”, was Deputy Chairman of the government of the Amur region for the creation of the cosmodrome “East”, acting first Deputy General Director of state Corporation “Roscosmos”. The appointment of Deputy Rogozin was in 2018. Less than a year in his new post as head of the Corporation sent a bright and talented designer who could make it a healthy competition, away from the cupola – appointed acting General Director of FSUE TsNIIMash. In a few more months and Sevastyanova again pulled from the scene, turning in March 2019 for the position of General Director of RSC “Energia”… there is a feeling that the leadership of Roscosmos just don’t know where to define a constructor. He, once again in the armchair of the General Director of RKK, kind of felt in its place.

But it was not all smooth. Thought for the controllability of the enterprise is better when the position of General Director and General designer (the latter was occupied by the late Evgeny Mikrin, who died in late April from coronavirus) combined in one person. Apparently guided by the need to make decisions that then required him the report, Nikolai Sevastyanov wrote in a letter to Roscosmos. In it he explained that “the combination of the posts of sectoral and General designer under the project “Manned space systems and complexes” and General designer of JSC “RSC “Energia” in one person (Mikrin E. A.) has led to a conflict of interest, which resulted in a significant gap in a number of important government contracts and projects of military-technical cooperation”. Sevastyanov’s order deprived then of Micron positions of chief designer of the enterprise, giving these powers themselves, and the Micron has offered to go to work from the ALAC to the head of the Institute of Roscosmos TsNIIMash. However, he did not agree. This Micron was supported Rogozin, ordered Sevastyanov returned to that position of chief designer.

And not so long ago, based on the information that is available “MK”, Nikolai Sevastyanov tried again to regain the position of chief designer and has written an information letter in the Russian Federal space Agency. As they say people who know Sevastyanov, it was required that in today’s difficult times not to leave the company without supervision, be able with full responsibility to continue the projects.

This letter played a role of a red rag to Rogozin, who immediately removed Sevastyanova from the management of the ALAC, or some other reason, just to say no one is taken.

According to the official information of the Russian space Agency, the question of the change of the Director will be agreed with the Supervisory Board of the Corporation at its next meeting in late may.

As for the new protege of Igor Yakovlevich Sara, when it of KB “Dry” has performed a large-scale supply contracts for the aerospace defence forces of Russia bombers and fighters, and has completed the first phase of testing of the first Russian fifth generation fighter.

“Igor Yakovlevich is a talented and respected organizer, under whose leadership had created the world’s best combat aircraft – su-35 and su-57 – said about him Dmitry Rogozin. – He is well versed in the complex processes of the formation of large integrated structures. Under his leadership, it is planned to continue integration of the enterprises of rocket-space industry of the country. I am sure that he will be able to cope with the tasks of RSC Energia: start of flight tests of manned transport spacecraft (PTC) “eagle” in 2023, the management of the cooperation on the creation of the superheavy rocket (STK) and its elements, as well as a number of other projects, including concept development of a new orbital station.”