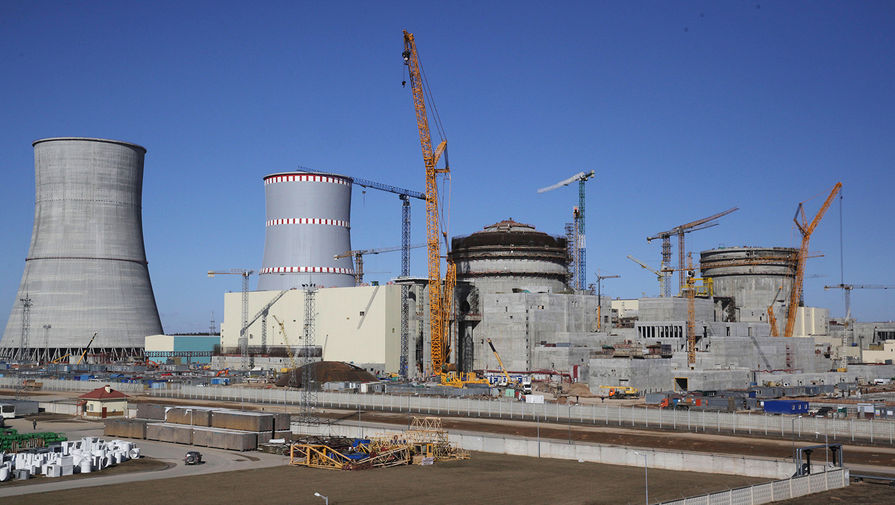 Lithuania wants the Commission to take the situation with the construction of the Belarusian NPP in Ostrovets under control. Vilnius believes the station is unsafe and threatening to the entire European Union. However, this position finds no support in international organizations, and the economic crisis could force even the closest allies of Lithuania to abandon support for its position.

Lithuanian President Gitanas Nausea called on the European Commission (EC) to personally address the issues related to the security of the Belarusian nuclear power plant (Belarusian NPP). With the corresponding proposal he made during telephone conversations with the head of the EC Ursula von der Leyen may 14.

Nausea requires that the European Commission has made Minsk to meet the requirements of the EU stress tests before the launch of the plant to guarantee the safety of EU citizens. The Lithuanian leader is concerned that “without addressing the very serious problems of nuclear safety” to the platform delivered nuclear fuel for its download soon.

“The Belarusian nuclear power plant is the issue of nuclear security, the EU and the challenge of solidarity, collective response and responsibility for EU citizens.

We are obliged to ensure their own safety and the safety of all EU citizens, as well as to ensure that electricity produced by unsafe power plants in third countries, does not impinge on the EU’s internal market,” said Nausea.

He also noted that Lithuania in the light of this situation, ready to become a regional center of civil security of the European Union for response to nuclear and radiological incidents.

Belarus is building a nuclear power plant near the town of Ostrovets in the Grodno region. Vilnius is separated from the construction site of the nuclear power station 50 kilometers, and Lithuania has traditionally been strongly opposed its launch, stating that the station is not safe.

Nausea has repeatedly stressed that the NPP — “the problem of the whole EU”, adding that he would not leave his attempts to convince the European Union that

Agreement on construction of Belarusian NPP was reached at the end of the last decade. Russia in 2011 gave Belarus a loan of $10 billion, which covers 90% of the construction costs. The construction of the facility is the Russian “Rosatom”. Initially it was stated that the first unit will put into operation in late 2019. Time eventually shifted the launch was postponed in 2020 year, and the start of the second block is shifted by 2021.

Despite a long history of construction, Lithuania became a staunch opponent of the Belarusian station recently. In 2017, when the construction was already in full swing, the Lithuanian Parliament decided to consider the object as a security threat. Moreover, there was adopted a special legislative act prohibiting the purchase of energy from this plant.

Officially Lithuania in the NPP only concern is the safety issue. However, it is difficult not to discern in a hostile statements a touch of envy in 2004 for accession to the EU Vilnius was forced to close its own nuclear power plant.

Baltic Republic was put on the rails feud with Minsk efforts of ex-President Dalia grybauskaitė.

At the end of her presidential term in Lithuania even refused to cooperate with Belarus not to recognize the legitimacy of the construction of the Russian-Belarusian nuclear power plant. Grybauskaite insisted that to ensure the safety of Belarusian NPP “is impossible in principle”, because “selected for its construction area unsafe.”

Its receiver Nausea continued the policy of “iron Dali”, but tried to take a more lenient approach. In addition to the constant complaints of the foreign partners and in various international bodies, Nausea, promotes the line of establishing relations with Minsk.

When Belarus failed last year to negotiate with Russia about energy prices, that Nausea played a role of mediator and helped with the purchase of fuel from other suppliers. The Lithuanian President is actively trying to pull Belarus out of Russia’s sphere of influence.

However, the construction of nuclear power plants such steps have no effect. In the light of strained relations with Russia, Minsk has never been so important to the early launch of the power plant.

Policy Nausea to find support in international bodies is also not justified. His position finds no sympathy in the world.

In early March, the group of experts of the International atomic energy Agency (IAEA) concluded a mission in Belarus, the preparedness of infrastructure for implementation of nuclear power programme came to the conclusion that the NPP has no problems.

“We have met well-trained, motivated and competent professionals ready to openly discuss all the issues related to the creation of infrastructure”, — said the head of the group Milko Kovachev, head of section of nuclear infrastructure development IAEA.

According to him, Belarus has demonstrated “a desire to achieve the goals of the program and ensuring benefits for the Belarusian nation, such as to support the economic development of the country.” But compliments to the receiving party is not over.

Kovachev also said that the group of experts got acquainted with the applicable practices and “identified them as advanced”. They could even be used by other countries developing nuclear energy.

The IAEA has found only a few not the most urgent recommendations to the leadership of the NPP to actively cooperate with regulatory bodies of other countries and to deepen the readiness of the station for emergencies.

And the parties to the Convention on assessment of environmental impact in a transboundary context, which examined nuclear power plant in the beginning of last year, were only able to conclude that the construction could choose both. However, the current claims they have not found.

Unambiguous support of the position of Lithuania expressed only Poland. However, the motivation of Warsaw in this matter is quite clear: the poles themselves are going to develop nuclear energy and an extra competitor in the region, they do not need.

Other Baltic republics — Latvia and Estonia — though reluctantly, but agreed to support a boycott of the Belarusian nuclear power plant. However, the coronavirus pandemic and subsequent economic crisis can change the opinion of Riga and Tallinn: when the budget is reduced to unbelievable proportions, cheap electricity may outweigh the “Baltic solidarity”.