Photo from the page Alexander Ignatenko in the social network “Vkontakte” 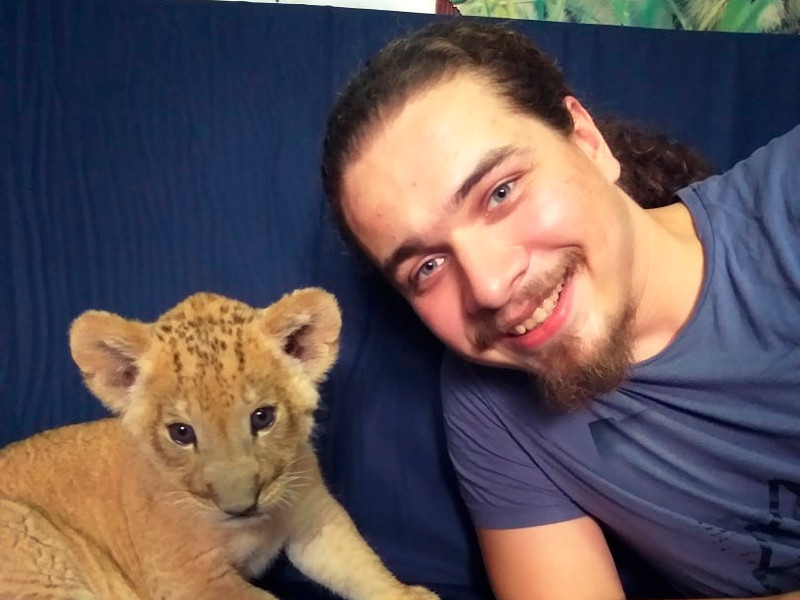 Head of the Department of small mammals at the zoo of Rostov-on-don Alexander Ignatenko said in a social network “Vkontakte”, which he faces up to 40 years in prison in Sri Lanka due to accumulation on the road dead bugs.

In early February, Alexander Ignatenko went to Sri Lanka on vacation. “He went there in fact in the expedition”, – told TASS the Director of the Rostov zoo Alexander Zhadobin. During the trip, Ignatenko collected insects along the roads and in the garden to photograph with a good light, to determine the type, and then return back.

“I basically have a habit to collect such specimens of the same lamps, which often insects are dying by the hundreds from the hot bulbs, these animals are already dead anyway, but can serve as a science,” explained the zoologist. On the eve of his arrest, he also found on the road dead bugs, put them in his pocket and forgot to put.

The next day Ignatenko and several of his friends were detained in a national Park. The wife of the zoologist Elena said 161.ru that her husband has been detained already after the closure of the entrance to the Park. The Park staff inspected it and found dead insects, and then took the detainees phones, cameras and passports and were locked up for the night in the building in the Park. The next day the hotel Ignatenko was searched, where they found several dead insects. Then the Russian was arrested.

“As it turned out later, this country is forbidden to pick up even the fallen leaf or a bird feather,” – said Ignatenko.

The Russians had been imprisoned for a month and a half. One week he was lying in the prison hospital, and the rest of the time he and his friends “spent on the bare concrete floor in a cell with 86 local prisoners.” On the website of the Russian Embassy zoologist was able to find a lawyer who speaks English. In April, the scientist was released on bail because of the epidemic of the coronavirus.

Russian claims that he and his friends face a fine for “astronomical amount of three million rubles, or 40 years in prison”. All they showed 277 charges, and in one animal there are several counts in the indictment. Ignatenko said that cannot collect such a sum himself, “even if we get into all kinds of loans and sell the mortgage apartment.” On 10 may he asked for help from their followers on social networks to gather the required amount.

Sri Lanka has strict laws for the protection of flora and fauna, prohibiting to kill or injure any wild animals (vertebrates and invertebrates), and take them with you. These rules apply to national parks, protected areas, and any road and land located outside of them. So, for the collection of invertebrate animals according to their kind punishable by two to five years of imprisonment or a fine in the amount of 15 thousand to 50 thousand Sri Lankan rupees (80 to 265 dollars).

In November 2012, the court Sri Lanka Russian couple fined almost 10 thousand dollars for the illegal collection of wild orchids and other exotic flowers in a national Park, it resembles a “jellyfish”.

According to experts, which refers to “vestige” the zoo employee, a professional zoologist specializing in insects and spiders, just could not know about what restrictions are there on the island.

“I’m sure the employee of the Rostov zoo, knew, what it can threaten. Another thing is that this may be some kind of carelessness. Most likely, he was not going to sell something. Maybe he caught something for himself. But, again, the law is the law”, – said Alexander Hoburgen, journalist and naturalist.

According to him, the island fauna is different from the mainland because there is always a large number of endemics. “Endemic is a species that is only found here and not found anywhere else, and they are much more expensive. It’s a business. People collect and sell, they know what is coming,” – said Alexander Hoburgen.

The Director of the Rostov zoo Alexander Zhadobin described Alexander Ignatenko as a prospective employee, passionate about his work. “Even if his hand was any wrongdoing, I think that was not the intention,” – said Zhadobin. A zoologist friend, who asked not to be named, added that Ignatenko – “definitely not a smuggler.”

Himself a zoologist says that “in any of the countries it is forbidden to collect and photograph animals.” “We were going to photograph the dead and back where he found it. Nothing to withdraw, we were not going,” – says the Russian.