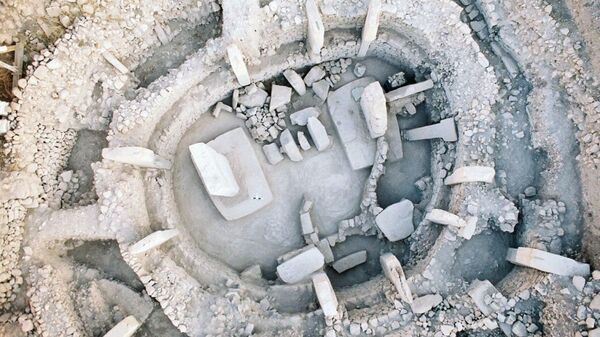 Israeli scientists have found that the world’s oldest religious building Göbekli Tepe in Turkey was built on a single plan, and its creators are well versed in the laws of architecture. The study is published in the may issue of the journal the Cambridge Archaeological Journal.

The megalithic complex of Göbekli Tepe in Southeast Anatolia is the earliest known temple in human history. It is assumed that the complex began to build the Neolithic hunter-gatherers more than 11.5 thousand years ago, before he formed the first human civilization. At this age indicate the deposits, overlying the construction.

For several millennia, the buildings were hidden under a hill with a height of about 15 meters and a diameter of 300 meters, so the monument is well preserved to the present day. In 1994, the complex of Göbekli Tepe was discovered by the German archaeologist Klaus Schmidt, and since then he is the subject of ongoing debate among archaeologists. On the carefully crafted stone slabs visible images, sculptures of people and animals made by skilled craftsmen, was hardly under force to the primitive people of the Neolithic period.

It was thought that the complex was built consistently over a long period of time, and parts of it may have been built at different times and by different people. Scientists from the Institute of archaeology of tel Aviv University conducted a computer analysis of the geometry of the buildings of Göbekli Tepe, and found that the Central point of the three monumental round of complex structures, joining them together, form a perfect equilateral triangle, and the volume structures are subject to spatial hierarchy. It turns out that the basis of the structures built over six thousand years before Stonehenge, lay a single architectural project.

“Göbekli Tepe is an archaeological wonder — presented in a press release from the American society of friends of tel Aviv University, the head of the study, Professor AVI Gopher (Avi Gopher). — Built Neolithic communities 11,5-11 thousand years ago, it consists of a huge round stone structures with a diameter of 20 meters and the monumental T-shaped pillars up to a height of five meters and a half. Because at that time there was no evidence of agriculture or domestication of animals, it is believed that the structure was built by hunter-gatherers. However, its architectural complexity for them is very unusual.”

Traditionally it was assumed that the primary architectural knowledge and planning techniques — the use of geometry or drawing up plans of buildings appeared in humans much later, when hunter-gatherers became settled farmers and livestock breeders and began to erect buildings expendable.

“This study represents an important information about the early case of architectural planning, as the example of the dynamics of cultural change in the early Neolithic,” says first author Gil Haklay (Gil Haklay), employee of the Israel antiquities authority and student at tel Aviv University.

The results show that the basic methods of architectural planning was developed in the Levant in the late epipaleolithic as part naturisme culture and the early Neolithic era are abstract design rules, and organizational models have been used by inhabitants of the region.

Now unearthed four stone circle, but the researchers believe that inside the hill there are another two dozen laps, which have not yet been studied.