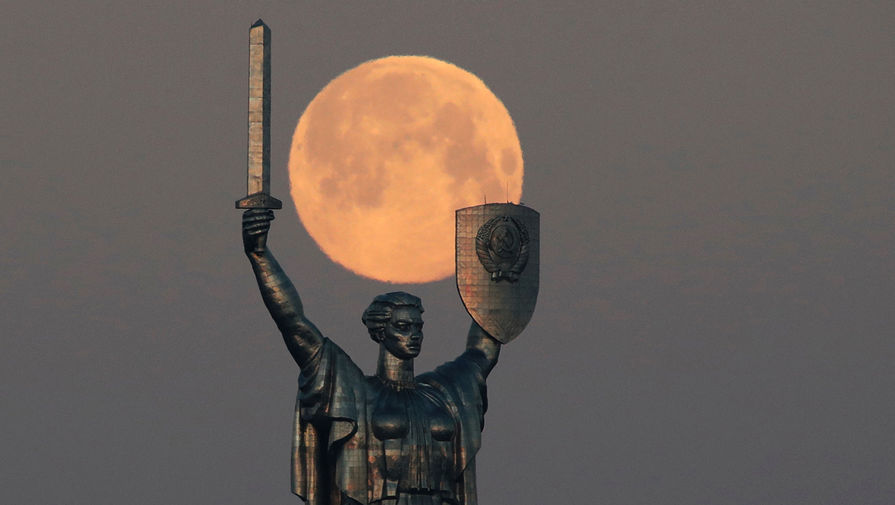 In the Federation Council of Russia believe that Ukraine may lose a number of areas. So, Senator Vladimir dzhabarov noted that in this country there is “a deep rift”, which may lead to the secession of Odessa, Kherson, Nikolaev and Zaporozhye. In his opinion, this part of the state will follow the Donbass.

In Moscow believe that Ukraine will lose Odessa, Kherson, Nikolaev and Zaporozhye. Such opinion in interview “to the parliamentary newspaper” expressed Deputy Chairman of the Federation Council Committee on international Affairs Vladimir Jabbarov.

He noted that Russia is concerned about the situation in Ukraine, when the Ukrainian leader Vladimir Zelensky in fact not running the country, “certain forces” in Ukraine can undermine the state.

“In Russia it is, of course, disturbing. The split in Ukrainian society is very deep: the regions of the Southeast that don’t want to hear about the return of a part of a unified Ukraine, can follow Odessa, Kherson, Nikolaev, Zaporozhye who are still waiting,” — said dzhabarov.

At the same time, the Senator suggested that Kiev until the end of 2020 and may announce the withdrawal from the Minsk agreements. According to the parliamentarian, the Ukrainian authorities do not intend to do anything to comply with the provisions of this document.

In addition, Jabbarov mentioned the recent visit of the Deputy head of the Russian presidential administration Dmitry Kozak to Berlin, where he had discussed in a bilateral format with the German side the situation in Ukraine without the representatives of Kiev. “It is important that the talks took place in a bilateral format, without the representatives of Ukraine — it can translate a discussion of the implementation of the Minsk agreements in the field of affirmative action”, — said Russian Senator. He also has noticed that Russia is not a party to the conflict in the Donbass.

Kozak arrived in Germany with a one-day visit on Wednesday. Invitation sent the German side. The talks were organized to discuss the settlement of the situation in the South-East of Ukraine and to the Russian representative met with the assistant foreign Affairs of German Chancellor Angela Merkel by Jan Hecker.

Subsequently, Kozak said that the negotiations with Germany to resolve the conflict in the Donbas were held in constructive and business-like.

On the eve of 15 may, the former Minister of foreign Affairs of Ukraine Pavlo Klimkin wrote on his page in Facebook that the visit of Deputy head of the presidential administration of the Russian President gives him anxiety.

He expressed the opinion that the negotiations with the German side in the bilateral format have become a “negative story” for Ukraine. “That something’s going on through our head, we are to blame: when our partners in the press find out about what is happening in the settlement process, in particular about the idea of creating an Advisory Board is, to put it mildly, “not inspiring,” wrote Klimkin.

At the same time, he pointed to the fact that the conversation took place in full-time mode, and not on the phone that “indicates the need to discuss sensitive topics.” The former head of the Ukrainian foreign Ministry suggested that Germany wanted a way to signal to the Ukrainian side, she should stay the “Normandy format” and “not get involved” in bilateral contacts.

At the same time, the current Minister of foreign Affairs of Ukraine Dmitry Kuleba said earlier that “no games behind it is not” as Kiev knew about these negotiations.

As for the statement of the Russian Senator Vladimir dzhabarov on possible secession from Ukraine several parts of it, earlier on in the comments of FAN , the coordinator of the movement “Donbass for the Eurasian Union” Anton Bredikhin said that this view reflects the aspirations of citizens listed by Gubarevym Ukrainian regions where the population realizes that they need a different system of governance.

The interviewee also expressed the view that the main threat to the integrity of the country could come from the Western regions, which closely adjoin the notorious “Europe”. Bredikhin believes that the residents of these regions can decide that it is closer to Warsaw and Budapest and Kiev, and come out of the Ukraine following the example of Crimea.