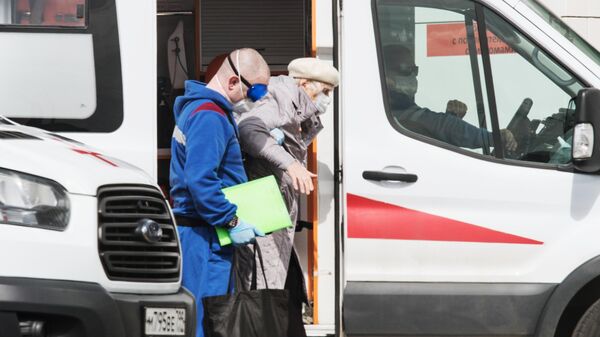 American scientists have discovered that with age, the person decreases the amount of microRNA. This directly affects the body’s ability to fight the virus, greatly reducing its protection. The study is published in the journal Aging and Disease.

MicroRNAs are short non-coding RNAS. They play an important role in a person’s ability to respond to viruses. At hit of a virus in the body they lock and cut it RNA, not allowing him to integrate into the genome of healthy cells.

American biologists have found that with age and with certain chronic diseases a number of miRNAs that have to attack coronavirus, is reduced. Therefore, the elderly and people with chronic diseases of the heart, lungs, liver and kidney, obesity, diabetes, and people with weakened immune systems and cancer patients suffer heavier COVID-19 and more likely to die.

In the new work, the authors studied the sequence of miRNAs focused on two viruses of the family SARS pathogen SARS 2002 SARS-CoV and the coronavirus SARS-CoV-2 for the pandemic COVID-19. The study included four samples of SARS-CoV and 29 samples of SARS-CoV-2, taken in the period from January to April 2020 in 17 countries from the US to Thailand.

Scientists have found about ten so-called sites of target — fragments of the genome of the novel coronavirus, the attack on the microRNAs, in their opinion, could be the most effective.

The study authors also found that microRNAs, focused on SARS-CoV-2 involved in 72 different biological processes, from molecules to the immune response, and that many of them are unregulated and their number decreases with age, diabetes and cardiovascular diseases.

“The most important feature COVID-19 is a high mortality rate of the elderly — presented in a press release from the Medical College of Georgia the words of the first author of the study Sadananda Fulzele (Sadanand Fulzele) from the Center for healthy aging at the University of Augusta in Georgia. — Production of synthetic microRNAs will complement the front line of the body, weakened by age or disease.”

In 29 samples of SARS-CoV-2, collected in different countries, 19 have identical miRNAs that, according to the authors, allows to hope for possibility of creating a universal drug or vaccine based on microRNA.

“I believe that there is a core set of miRNAs that are important to run a normal response that will make elderly patients less susceptible to the coronavirus, says study leader Carlos Isales (Carlos Isales), head of the division of endocrinology Medical College of Georgia. — Normally, immune cells destroy the viruses, but viral load in the body there is a dramatic inflammatory response, which eventually leads to a cytokine storm that destroys the bodies, not protecting them.”

According to the authors, the increase in the number of key miRNAs will allow the body to better cope with the virus. The researchers plan to continue their research to ensure that the results of laboratory tests on animals confirm the data obtained by computer analysis of human microRNAs.