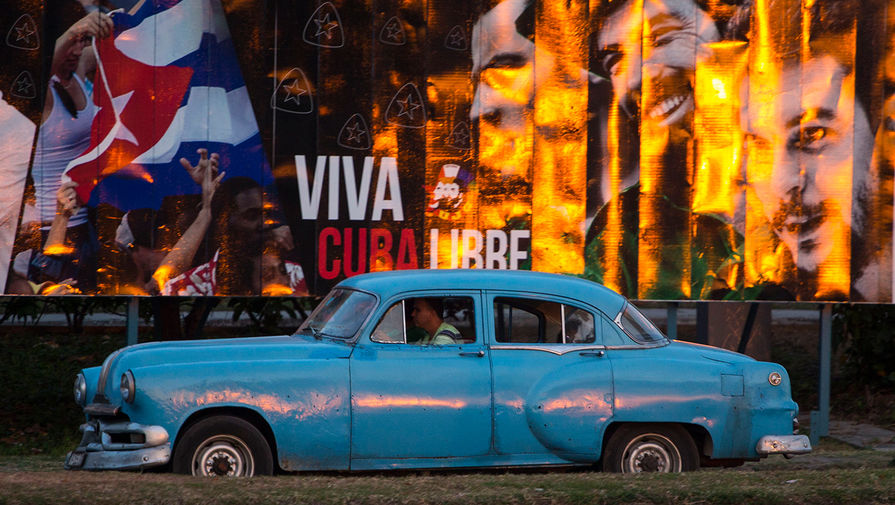 The U.S. is considering the possibility of returning Cuba to its list of state sponsors of terrorism. The White house has “convincing arguments” in favor of such a step. In particular, the support by Cuba of Venezuelan President Nicolas Maduro. If the decision is made, Havana is waiting for new sanctions. However, the country is experiencing serious difficulties because of U.S. restrictions now.

The United States can return to Cuba on its list of “state sponsors of terrorism,” reports Reuters, citing a senior source in the presidential administration of the USA of Donald trump. Such a move by Washington would deal a major blow to already strained relations between the U.S. and Cuba and may open a new stage of confrontation.

As the publication said the representative of the presidential administration, whose name is not given, for inclusion of Cuba on the list of countries sponsoring terrorism, there is every reason. The main fact for this was the support of the authorities of Cuba, President of Venezuela Nicolas Maduro and the provision of safe havens for the leaders of the “national liberation Army” — the Colombian armed rebel groups.

According to the source, the decision to include Cuba on the list may be made by the end of the year.

Preliminary steps in this direction have been taken on Wednesday. May 13, the United States made Cuba, Venezuela, Iran, North Korea and Syria to the list of countries that are insufficiently cooperating with Washington in fighting terrorism. Venezuela and Cuba, according to the White house to cooperate with the “national liberation Army”. Havana denies Washington attributed to her connection with terrorism. The statement of the state Department she called “false”. The Cuban President Miguel Diaz-Kanel ‘ stated that the decision of the US authorities is the height of cynicism.

The list of countries sponsoring terrorism began in 1979. It included Libya, Iraq, South Yemen and Syria. According to the position of Washington, to the list of those States that have repeatedly provided support for acts of international terrorism. Inclusion in the list implies the imposition of such sanctions as a ban on arms export controls of dual-use items, a ban on economic aid, the imposition of financial and other constraints.

Cuba has already got the list in 1982. Then, the United States explained this decision by saying that Havana provides political asylum to members of various terrorist groups, such as THIS former Basque nationalist organization of the separatists, “Revolutionary armed forces of Colombia and national liberation Army”.

The return of Cuba to the list would be another step towards the destruction of the results of the policy of the “thaw” of its predecessor trump Barack Obama, who has taken the course on rapprochement with Cuba.

The gradual warming of relations between Washington and Havana was observed in 2015. In particular, in the capitals of the two countries have opened diplomatic offices. Equally important, April 15, 2015 Barack Obama has proposed to exclude Cuba from the list of “state sponsors of terrorism” and sent a proposal to Congress, announcing the normalization of relations with Havana.

May 29, Cuba was removed from that list. In March 2016 Barack Obama visited the island, becoming the first American President in the last 40 years to set foot on the land of Cuba.

The resumption of diplomatic relations with Cuba was considered one of the top foreign policy achievements of Barack Obama.

However, despite this, the embargo against Havana, the ex-President could not remove — undo limits only the U.S. Congress. However, the Republican-controlled Parliament did not heed the call of Obama.

To Obama’s intention to restore relations with Cuba many members of the conservative Republican establishment, the United States was critical.

The thaw between Washington and Havana did not last long. Since coming to power in 2016, Donald trump took a course on toughening of the policy, citing human rights violations in Cuba. Six months after taking the post of President, he said about Washington’s refusal of Obama’s policy to normalize relations with Cuba.

“We are ready and can start negotiating the best deal for Cubans, for Americans, the deal that’s fair and that’s meaningful,” said trump.

The American leader praised the deal his predecessor as “terrible” and added that she “sow violence and instability in the region.”

The American President actually repeated what was said by the representatives of the new U.S. administration over the past few months — the main stumbling block in relations between the two countries is respect for human rights in Cuba. “With God’s help we will soon achieve a free Cuba,” said trump.

However, trump said about the respect for the sovereignty of this island nation and promised that Washington will not turn “back to the Cuban people.”

In September last year, the White house has extended trade sanctions against Cuba until 14 September 2020. “I decided that the extension of these measures against Cuba for one year meets the national interests of the United States,” he said.

The white house does not intend to change its sanctions policy against Cuba even in the face of a pandemic coronavirus, although, as claimed by the Havana, restrictive measures, the United States significantly interfere in the country’s fight with the disease outbreak.

“COVID-19 has revealed serious limitations that imposes on Cuba economic blockade of the United States. It is a major obstacle to the acquisition of drugs, equipment and materials required to combat the pandemic. This is the main obstacle to the development of the country”

— said earlier the Minister for foreign Affairs of Cuba Bruno Rodriguez Parrilla in his Twitter.

Support Havana Venezuelan President Nicolas Maduro has caused particular irritation to the President of the United States. In many ways, precisely because the position of the international community, Maduro managed to keep his post. Among the States, which he supported, turned out to be those countries that remain with the United States strained relations, if not open opposition — China, Iran, Russia, Cuba.

Making of Havana in the list of “state sponsors of terrorism” will no doubt be based, in particular, on the support of the authorities of the Venezuelan leader.

If the US really go to this step, Cuba will once again be on the list, along with Iran, North Korea, Syria and Sudan.