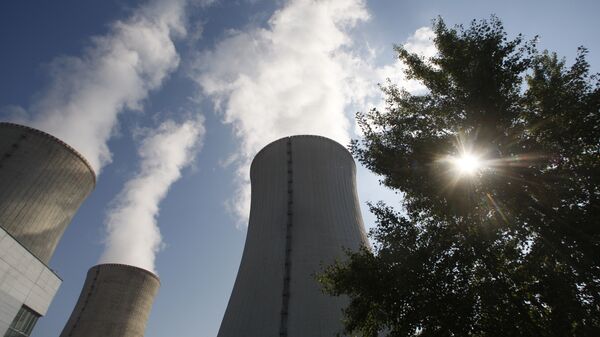 Russian and Chinese companies that have applied for participation in the tender for the construction of new power units of nuclear power plant Dukovany in the Czech Republic may be removed from the contest, reported the newspaper Deník N.

The article notes that the Czech Vice-Premier and Minister of industry and trade Karel Havlicek, who reported on April 27 the journalists that the government at the next session considered the question of extension of NPP Dukovany, silent about “some details”.

“The Cabinet of Prime Minister Andrew Babish in connection with major orders also adopted another document, which no one spoke. And free about it there is no mention. <…> The government approved a secret document from the completion of the Dukovany NPP can eliminate Russia and China,” he told the media. According to the publication, “choosing the future by ordering associated with huge geopolitical and economic importance.”

Russia and China can be excluded as supposedly representing a threat to the national security of the Republic, added portal.

The construction of the power unit

Last November Andrew Babish reported on the government’s decision to engage in 2029, the construction of a new reactor at the Dukovany NPP, which should be ready by 2036. It is expected that he will replace one of the old blocks of the station. The supplier firms are planning to choose on the basis of the tender until the end of 2022-th. The price of a new unit will be about 140-160 billion crowns (about six-seven billion dollars).

Havlicek, in turn, said that over the next five years to start discussion on the extension of the other Czech nuclear power plant “Temelin”.

Investor of the construction of new units should be specially created subsidiaries CEZ, and CEZ, if necessary, could one of them transferred to the state.

For participation in the tender in the beginning of 2018 applied six companies: Rosatom, France’s EDF, South Korean KHNP, the China General Nuclear Power, the American Westinghouse and the joint project of French and Japanese Arevа Mitsubishi Atmea. The General Director of “Rosatom” Dmitry Medvedev confirmed to reporters the intention of the Corporation to participate in the tender for the construction of a new unit. In February 2020, in Prague, there were consultations with representatives of these firms.