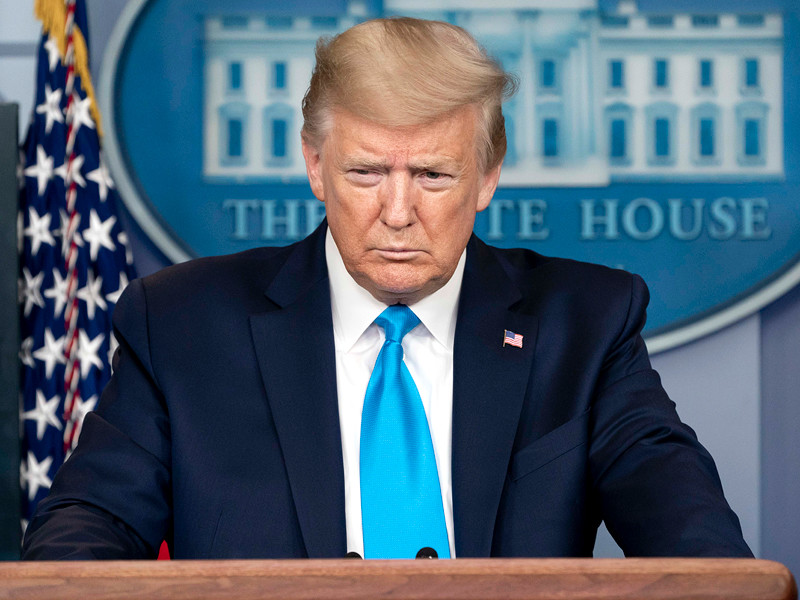 “There’s a lot you can do. For example, you can completely terminate the relationship,” he said in an interview with Fox Business on Thursday. This step, according to the President of the United States would allow his country “to save $ 500 billion,” reports “Interfax”.

In addition, trump said that he does not want the current situation to communicate with the Chinese President XI Jinping. “I have a very good relationship (with him), but right now I talk to him I do not want”, – said the leader of the United States.

Trump also noticed that although Washington asked Beijing to study the problem of coronavirus COVID-19, he was refused, and the PRC authorities did not want to take the help of the United States on this issue.

“And I know that everything is okay because they should know what they are doing. So it was either stupidity, incompetence or intent,” said trump.

Trump recalled that the theme of the coronavirus during the Chinese delegation’s visit to America in January was not discussed: the representatives said nothing about the virus, “he was not even a topic for discussion”. He said he was very disappointed in the Chinese.

Earlier, the us leader said that he is ready to consider the option of imposing sanctions against China if that country does not cooperate in the investigation into the causes of the spread of coronavirus.

“I’ll be ready to consider it,” he told reporters at the White house, saying the bill prepared by the group of senators-Republicans and made Lindsey Graham.

The Senator, considered a close ally of trump offered to give the US administration the opportunity to impose sanctions if China refused to cooperate with the States in the framework of the coronavirus investigation.

The bill provides, in particular, the introduction of the ban on entry into the United States to certain citizens of China, as well as the freezing of their assets on American soil. In addition, there is the possibility of a ban on the issuance of American loans to Chinese businesses.

Recall that in early may, U.S. Secretary of state Mike Pompeo announced the availability of the US evidence that China deliberately concealed or destroyed evidence of an outbreak of the coronavirus.

In April, trump announced that the United States authorities decided to investigate the circumstances of pandemic coronavirus. He also warned that China could face consequences if it is proved that Beijing deliberately allowed the outbreak.