Russia to connect to the lunar race, which has again spurred the President trump in early may, discussed Friday at a closed meeting in Roscosmos officials of the state Corporation, Russian Academy of Sciences and Moscow state University. University.

We will remind that the head of the White house told the world about the development of a new draft agreement with the EU, Canada, Japan and UAE for the extraction of resources on the moon and construction on a natural satellite of the so-called “security zones”, which will be protected from the encroachments of competitors. 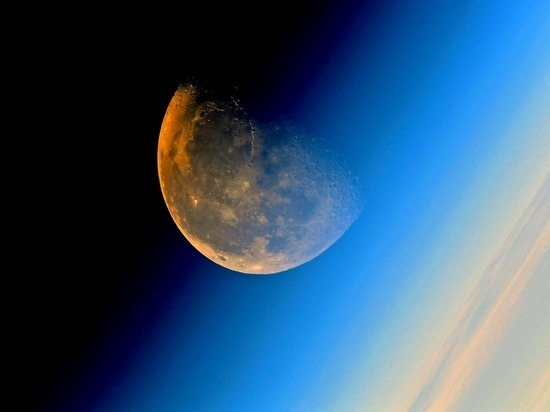 This apparently was the last straw for Rogozin, and he previously reacted to such attacks trump just on his page on Twitter, after all, gathered a Council.

According to the agenda, which was referred to RIA-Novosti, to discuss the issues of the scientific exploration of the moon, particularly the lunar Geology, the possibility of developing lunar resources and legal aspects of this activity.

With regard to the latter point, the opinion of the head of Roscosmos and his Deputy for international Affairs Sergey Saveliev was known before: order trump, enshrining the rights of the States on the extraction of lunar resources and denying the moon agreement, as the public domain, they compare with a cynical military operation.

“The principle of invasion is the same, whether the Moon or the Iraq, initiated the creation of a “coalition of the consonants” (as a variant – the “coalition of the willing”), and then, bypassing the UN and even NATO, if there is anyone doubts, go ahead to the goal. I get out of the next Iraq or Afghanistan,” – wrote in social networks Rogozin.

If earlier the US still somehow kept the politeness in relations with Roscosmos about the moon, in particular, were invited to participate in the project for joint construction of a lunar orbital Lunar Orbital platform Platform, Gateway and even signed a contract of intent, now in the new Accords project Artemis (“Artemis Agreement”) on Russia is not a word. On the contrary, our country and China are implied here as a possible country-competitors from which Americans, Canadians, Europeans, Arabs and Japanese will have to extricate their zones on the moon. And it is written in a trump: “to prevent damage or interference from competitor countries and companies.”

While this activity on the part of Americans is more on paper and in the media. “They may be, and will not fly there, say the skeptics, just States making such a big deal, as once with SDI (Strategic defense initiative) or “star wars” declared by U.S. President Ronald Reagan in 1983. According to many, it was a bluff to engage the USSR in a ruinous arms race.

However, there are those who do not preclude the seriousness of the plans of NASA, only with minor adjustments. Americans may not set foot for the second time on the moon in 2024, as required by the President, and after 2030 it is likely. And then, when issued in advance of all contracts and projects, this will be much easier. And that all these orders and bills today untie his hands, by that time it will Fund the creation of an innovative base for the conquest of Selena. But why?

According to available information, this question, among others, Dmitry Rogozin, and ask a scientist: do not lead us Americans by the nose? He replied that according to the latest data, the minerals, the moon really exist, and perhaps in large quantities. Held not so long ago in the Moscow state University online lectures by a leading expert in the field of research of the moon, head of the Department of research of the moon and planets, of the State astronomical Institute. Sternberg Vladislav Shevchenko said that they do not occur at the poles, and in places the fall of a large asteroid. In fact, these asteroids are the “casket of jewels”, which falling on the moon, ennobled her bowels.

Since the plans of the Russian space Agency also mentioned about the scientific researches on the satellite (this includes and exploration of mineral resources), a proposal was made to change the planned place of landing for our automatic spacecraft “Luna-25”, whose launch is scheduled for 2021. It was supposed to land near the South pole of the moon, where there are more reserves of ice, but now experts think about the moon landing near a large crater, rich in rare earth metals: platinum, copper, Nickel and so on, so we could beat the Americans and to stake out a good spot. By making such an unexpected knight’s move, we can, more effective than any of the memoranda would put them in their place, forcing still to reckon with the “space Treaty” of 1967. His second article clearly suggests that space objects are not subject to national assignment neither by claim of sovereignty, by means of use or occupation, or by any other means. But if you want to change this condition, be kind — again in the UN to the negotiating table.

The only question is that the place of the “gold” of the crater have yet to be found.

In General, the work for our robots “Luna-25”, “Luna-26” and “Luna-27” is still a lot, and therefore forcing the moon landing people in the Russian space Agency decided not to hurry. Nor the construction of heavy missiles, no ship “Orion”, which is created for a manned mission, will not be speeded up. They will quietly create to 30 years.