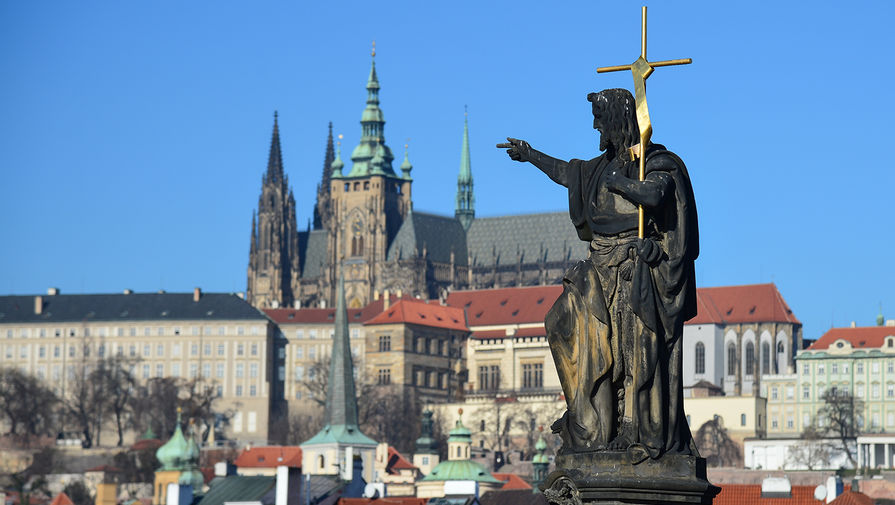 The Czech authorities admitted that they have no evidence of import of the Russian diplomatic passport of poison for poisoning of local officials. Materials with messages about “Russian diplomat” was published in the media in late April. The journalists claimed that he was going to poison those involved in renaming the square in front of the Russian Embassy in Prague and the dismantling of the monument to Soviet Marshal Ivan Konev.

The Czech police have no evidence that the Russian diplomat was brought to the Republic of the poison ricin, said Deputy Prime Minister and interior Minister of Czech Republic Jan hamáček.

“You can expel the diplomat in that case, if you have specific evidence that there’s something being done. Judging by the way all this is happening, the police or service probably don’t have evidence,” noted the head of Department.

In late April, Czech media released the news that in Prague there arrived the citizen with a diplomatic passport. He allegedly took poison in order to “to poison local politicians” that are related to the dismantling of the monument to Soviet Marshal Ivan Konev and the renaming of the square in front of the Russian Embassy in honor of Boris Nemtsov, said the journalists.

After these publications drew attention Hamachek, one of the representatives of Russia in the Republic was showered with threats. The Russian Embassy in the Czech Republic called Prague, to provide for the protection of the Russian diplomat. According to Deputy Prime Minister, currently holding talks on granting to the employee of the diplomatic mission of protection.

The interior Minister of the Czech Republic also believes that those who leaked information about a certain diplomat from Russia in the media, should be punished. “I hope the police will identify who it was, and that person will be punished”, — he said in a broadcast on Czech television. According to security officials, these publications have complicated the work of several departments.

After the materials in the Czech media, the press Secretary of Russian President Dmitry Peskov said that this information is similar to “duck.” “We are not aware of all of this investigation, we do not know who is investigating, investigating. Looks like another duck,” — said the representative of the Kremlin, commenting on the journalists from the Czech Republic, noting that at the time no requests to the Russian side didn’t arrive.

The Russian foreign Minister Sergei Lavrov in turn said that the published information as unproven. “Now we are accused that we have someone out there trying in the Czech Republic to poison. A kind of substance that the suitcase someone had brought and this is known to the relevant authorities of the Czech Republic. But somehow this case nobody places”, — said the head of the Russian Department at the end of April.

Subsequently, the Minister of foreign Affairs of the Czech Republic tomáš Petricek acknowledged that relations between the Republic and Russia there are a lot of problems. He also expressed hope that the consultations of the parties at the level of heads of depodesta.

“You must choose, first of all, themes and framework of consultations with Russia, which we proposed on the basis of article 5 of the Treaty on friendly relations and cooperation between our countries in 1993. Don’t want anything through the media to be transferred in advance to the Russian side”, — he said. The Minister added that while contact between embassies and ministries of Russia and the Czech Republic.

A few days ago, on may 14, the official representative of the foreign Ministry Maria Zakharova said that the Russian Embassy in Prague has not yet received a response from the Czech foreign Ministry, which would clarify whether the authorities of the Republic towards the normalization of diplomatic relations between the two countries.

Zakharov drew attention that “the statements of the Czech Minister had a lot, unfortunately, they did not always reflect the intention to foster a constructive atmosphere of relations”. “It is important to find out the real willingness of the Czech side to rectify founded on her initiative unhealthy situation in bilateral Affairs. Our Embassy in Prague has sent a note on this issue in the Czech foreign Ministry. The Ambassador of Russia has directed to hold consultations with the leadership of the Ministry of foreign Affairs of the Czech Republic,” she said, adding that the response at that time was not.

The official representative of the Russian foreign Ministry noted that in the future will be determined next steps for cooperation.