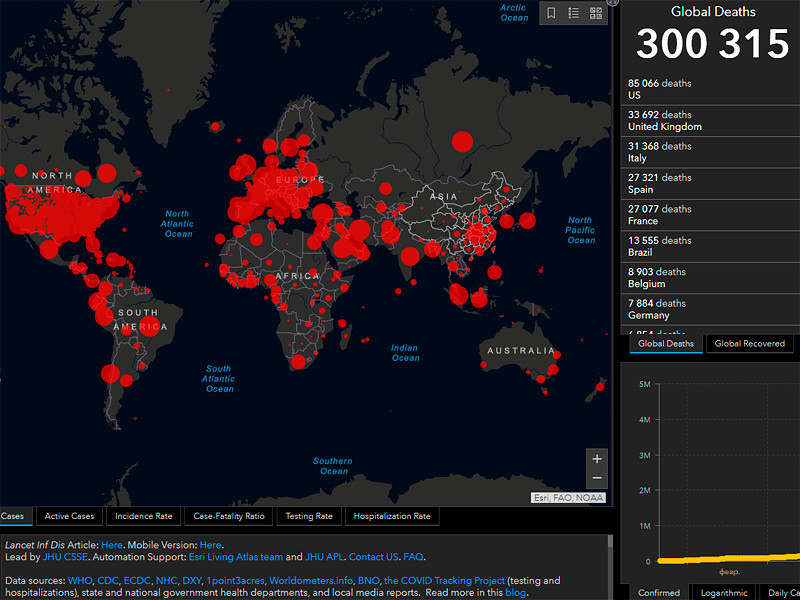 In the world of coronavirus infection died more than 300 thousand people. It follows from the data of the Johns Hopkins University.

A record number of deaths recorded in the United States. They account for slightly less than one-third of all victims of the pandemic of 84.9 thousand. They are followed by Britain, where he died of 33.6 thousand. Next on the list of Italy – 31.3 thousand victims, Spain – 27.1 thousand, France – 27 thousand outside of the US and Europe most of the dead in Brazil – 13.5 thousand people.

Russia in the number of deaths is on the 18th place in the world. In the country, according to official information, on may 14, died 2305 people. At the same time the number of infected (more than 252 thousand), Russia has moved into second place in the world. This discrepancy, according to some experts, indicates an attempt to conceal the actual mortality rate from coronavirus.

Meanwhile, at the meeting with the President, the Vice-Prime Minister Tatiana Golikova said proudly that the fatality rate from COVID-19 in Russia – 7.4 times lower than the world.

Experts believe that being the manipulation of statistics, and the true mortality rate from coronavirus underestimated three times. In early may, the Moscow authorities have published preliminary data on the registration of deaths in the city in April. It turned out that the civil registry offices of Moscow has registered 11846 deaths – almost 20% more than the average for that month indicator. Demographers once pointed out that this “excess mortality” – a consequence of the epidemic of the coronavirus. In comparison with April 2019 mortality increased by more than 1,800 people, and officially from the coronavirus in a month died only 658 people, that is almost three times less.

“You understand that we may not be the mortality rate six times lower than all the rest? We do not believe that Russia has some special genetic splendor? said the Medusa demographer Daria Khalturina. – Judging by the massive loss of health workers, Moscow is now “the new Wuhan”, and the total mortality should be decent enough”.