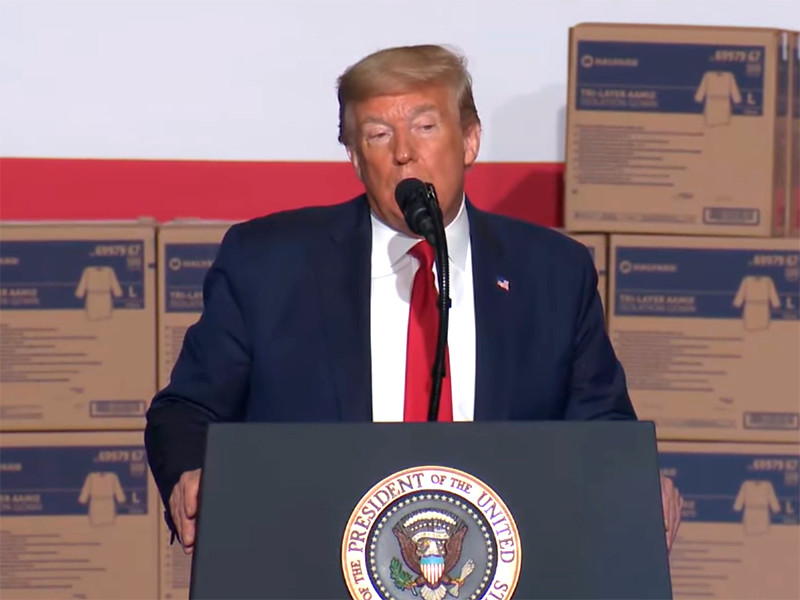 The US President Donald trump said Thursday that five people, whom he personally knew, died after being infected by the coronavirus SARS-CoV-2. Two of them were his close friends, reports “Interfax”.

“I lost five friends, two of whom were my very good friends,” said trump, speaking before the workers of the Center of distribution of medical equipment in Pennsylvania.

The President added that usually in case of illness with a cold or flu people after a few days of treatment feeling better. However, in the case of infection with the coronavirus as his friends through the same number of days only worsened.

“You call two days later to see how they feel, and you answer: “Sir, they’re in a coma,” said the President of the United States.

At the same time, trump said that before the disease COVID-19 health his friends were not in the best shape, and their weight was not “ideal”. “They’re gone, and it’s terrible,” trump added.

Pennsylvania ranks 10th among States on the total number of infected people: according to Federal data, there were approximately 59 thousand confirmed cases COVID-19 (450 per 100 thousand inhabitants) and almost 4 thousands of deaths, reports NBC 15.

President trump during a visit to Pennsylvania he again called on to abandon the close economic cooperation with China, in which a production chain controlled by China. The crisis caused by the coronavirus, has shown how important it is to develop its own production.