The claim that the current pandemic took its beginning on the market of wild animals in Wuhan, China in December last year, questioned the authors of the study. Biologists believe that the coronavirus was put on the market someone who has already endured the disease. 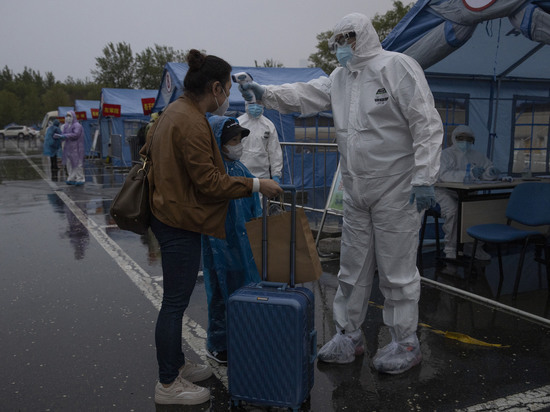 According to the publication The Mail on Sunday, the study’s authors were “surprised” to find that the coronavirus was “already pre-adapted to the transmission man.

“Publicly available genetic data do not indicate interspecies transmission of the virus on the market” – say, a molecular biologist Alina Chan and evolutionary biologist Shin Zhang. In their article, they insist that all the way to “zoonotic” transmission (i.e., transmission from animals to humans) – in this case from fruit bats – must be explored.

The origin of the coronavirus is the key to understanding disease, developing vaccines and preventing future outbreaks.

However, this issue is highly politicized. If the US President Donald trump said that the virus comes from the laboratory of Wuhan, engaged in the study of diseases bats, China was accused of spreading the coronavirus to the U.S. military, participating in sports competitions.

Chinese health authorities insist that the virus almost certainly began to spread from the market Huangyan to Wuhan. The world health organization also supported this version: “There is compelling evidence that the outbreak associated with contamination of the seafood market in Wuhan”.

Wuhan market was closed the next day after notification to the who was sent to the team with strong disinfectants, samples were taken from animals.

These actions are called in the West the suspicion that the Chinese authorities intentionally erased important evidence.

“The scene has completely disappeared, – says the expert of the University of Hong Kong Guan Yi. – How can we understand this fact without evidence?”

In the new study, Sars-CoV-2 – strain of coronavirus that causes the disease, they study the genetic patterns of the patients, and the samples taken during the SARS epidemic of 2002-2004.

The authors were scientists from the Institute of Brid, research division, affilirovannogo with Harvard and the Massachusetts Institute of technology, Alina Chan, and Ben Daverman, and Shin Zhang of the University of British Columbia.

The researchers reported that having found that the new coronavirus has remained so stable. This is reminiscent of an earlier virus, they say, in the later stages of the epidemic, after he “developed several useful adaptations for the transmission of the virus to the man.” It was evident from the sample taken from the patient in Wuhan in December of last year.

The study authors point to “multiple branches of evolution as humans and animals in epidemic of 2002-2004”.

The team says there’s no evidence to indicate whether their findings are that coronavirus well-adapted to humans from bats, whether it exists in other animal populations, distributed invisibly among the people within a few months; or could “leak” out of the lab.

But scientists warn that the failure to detect any “branches of evolution from less adapted to the human” form of this virus was the main cause for concern.

The study says that a genetic examination of four samples containing virus from the market seafood, and samples taken from the patient from Wuhan, identical to the “99,9%”. This may indicate that “Sars-CoV-2 was put on the market people.”

Alina Chan and Shin Zhang argue that, although the stability of the virus was “good news” for developers of vaccines and treatments, dismayed by the lack of information about its source.

“The available data suggest a single transfer of people adapted to the human forms of the virus,” the researchers say, adding that the strange absence of earlier forms contrasts with the outbreak of SARS. While scientists share the scientific consensus that the creation of the coronavirus was no “human intervention”.