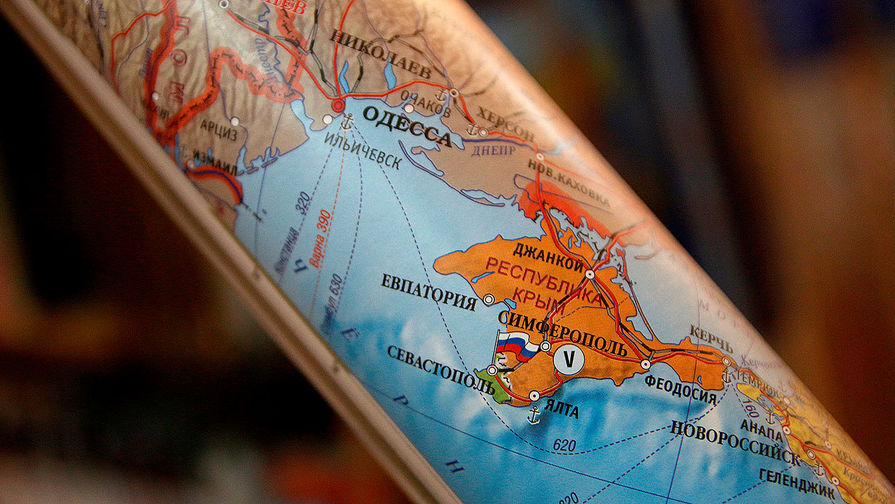 The head of the foreign Ministry of Ukraine Dmitry Kuleba told that officials have developed a strategy of “de-occupation” of the Crimean Peninsula, that is, its “return” to the Ukraine. According to him, this strategy is a long time and involves monitoring the sanctions pressure on Russia.

The Minister of foreign Affairs of Ukraine Dmytro Kuleba said that Kyiv has developed a so-called strategy of “de-occupation” of the Crimean Peninsula.

“In front of me on the table lay a document, which was prepared on my instructions by the experts of the political Directorate of the foreign Ministry. It is a document of a strategic nature under the title “Strategy of de-occupation of the Crimea”, — he said in an interview with RBC Ukraine.

According to the head of Department, this is not the final version. After studying the document will be finalized. “After we complete the draft taking into account my remarks, we will conduct more extensive consultations with other authorities and with external experts and with the public,” — said Kuleba.

At the same time, he acknowledged that while “there is no answer to the question, what should be the final format of the document.” “Must it remain a document of the foreign Ministry, and whether it should be devoted exclusively to the international aspect of the work, or will it be something more large scale, approved by the decision of the NSDC [national security Council and defense of Ukraine]? View” — said the Ukrainian Minister.

Ukrainian officials also noted that the strategy involves “playing with the future in sight”, that is, continuous monitoring of sanctions regimes and the willingness of state institutions to take the Crimea back, “when that moment comes”.

About this document Kuleba said at the beginning of may. He noted that Kiev carries out the development of the concept of the “return” of the Crimea under his control. The foreign Minister then noted that with this purpose the authorities intend to solve the “multiple tasks”, but did not say what.

In February 2014, the Ukraine was a coup, which led to the fact that the authorities of the Crimean Peninsula decided to hold a referendum on the annexation of territory to Russia. The vote was attended by more than 80% of the population who were eligible to vote. For transition under jurisdiction of Russia showed over 90% of them.

At the end of March 2014, Russian President Vladimir Putin signed a Treaty accepting the Republic of Crimea and Sevastopol into the Russian Federation, after which the document was ratified by the Federal Assembly.

Russia has repeatedly pointed out that the referendum was held in accordance with international law, but its results did not suit a number of European countries, Ukraine and the United States. Almost immediately against Russia was sanctioned.

Until now, the Ukrainian authorities want to “return” to the region. During the inauguration of the President of Ukraine Volodymyr Zelensky as one of its goals, which it intends to achieve, called “return” of Crimea. The head of the foreign Ministry of Ukraine Dmitry Kuleba said earlier that the Peninsula he “will slip from the hands of Russia” and will be Ukrainian.

According to Russian Senator Sergei Tsekov, strategy, as outlined by Kuleba, will never be implemented.

“We understand that it is not serious that the document is intended for domestic consumption and, possibly, for countries that actively supported a coup in Ukraine and the conflict in the South-East of the country. In General to say that some kind of document will help Kiev to the Crimea back — it’s ridiculous. Crimea has returned home, when over 90% of its residents voted in a referendum to secede from Ukraine and reunification with Russia”, — said the MP FAN.

“Yes, this temporary worker Kuleba trying to show the Ukrainians, dreaming to return to the Crimea, though something in this direction is done. But I am sure that he does not believe in their stories. And if hypothetically to imagine that the Crimea is returned to Ukraine, although, of course, everyone understands that it will never happen — that in Kiev, people think to do with people who voted in the referendum for reunification with Russia? It’s almost all the inhabitants of the Peninsula,” recalled Tsekov. In his opinion, the Ukrainian authorities are to blame for the fact that the desire of Crimean residents to become Russians fulfilled.